Not much has gotten done in the garden lately.  I hurt my back a little over a week ago (have no idea what I did, it just started hurting) and haven't been able to walk much, let alone tackle my garden
to-do list.

I had big plans for last Tuesday, a day off, starting with a trip to the Grange Co-op for 100% steer manure (did you know most "manure" bought at the big box hardware stores is labeled "manure blend" and you don't know how much real manure you're getting?), sand, grass seed, annuals, perhaps a pollinator for the plumcot, and maybe even a Compact Stella cherry for the front yard.  Then, I was going to dig up and relocate a vinca near the sidewalk and replace it with a helianthemum, "Henfield Brilliant."  Underneath the scientific name helianthemums are another kind of rockrose. 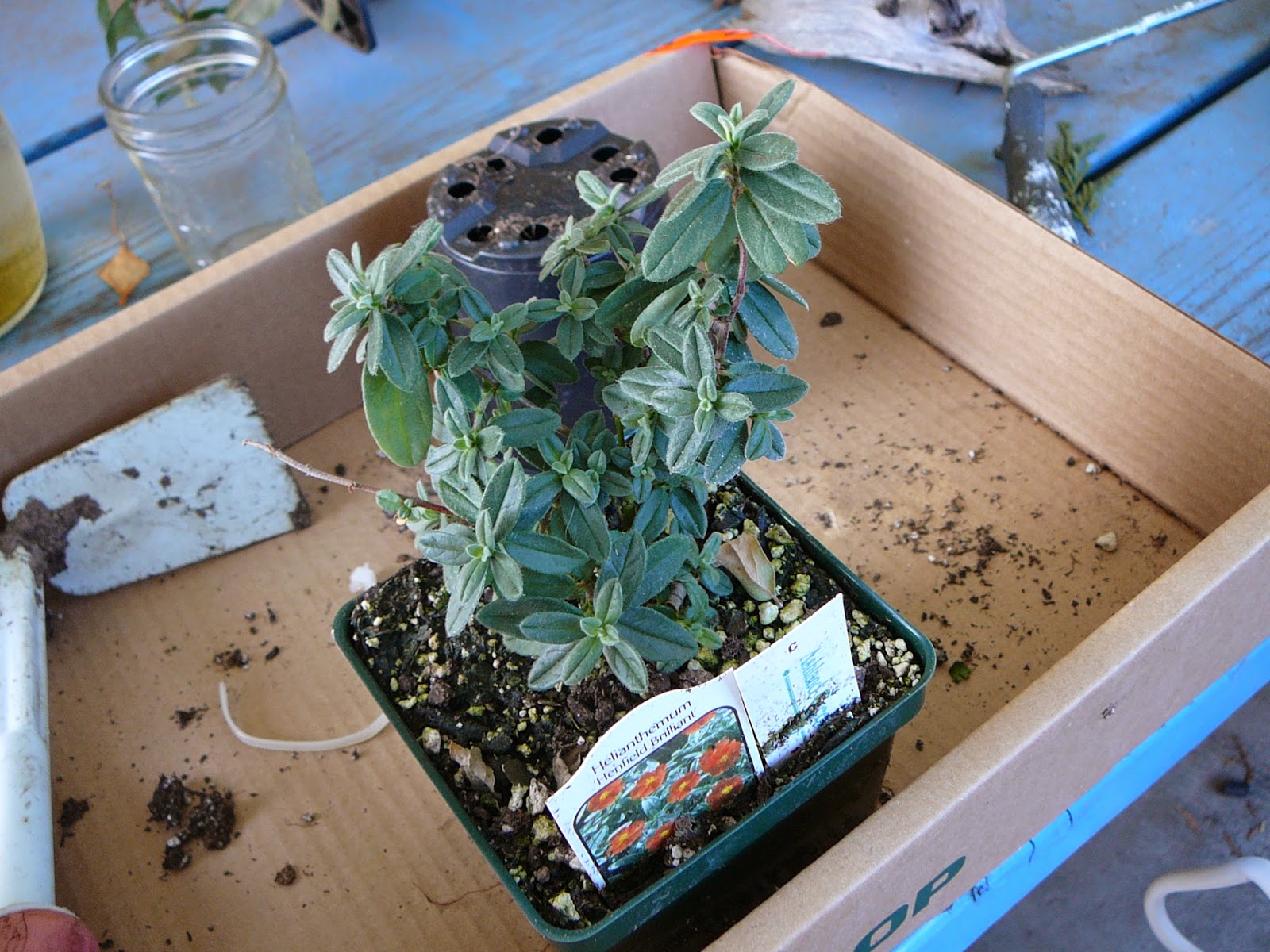 I was going to, with a lot of help from my son, relocate "Luther," the plumcot.  Or, I should say,
re-relocate.  We had a rain not long after planting the tree, and the water was just sitting there around the trunk, so I knew it would have to be in a raised bed, like the peach tree, raspberries, strawberries, blueberries... just about anything I grow!  So, we dug it out, temporarily putting it in a part of the raised bed where I grow tomatoes.  We planned to move some cinder blocks and soil and replant it a few days later. Now, it's been a week.  It should be fine, but I really want to get it to it's permanent place.

But, instead I ended up spending much of Tuesday in pain and in the E.R.  Nearly a week later I am still in pain, and my own doctor won't see me until Wednesday!  I have spent many pleasurable hours going through my favorite gardening books though!

I am missing some gorgeous spring blossoms, so sent my son out to photograph them.  If the photos look better than in previous posts it's because they were taken with his camera!  Mine is shot, and he rarely uses his, which is much better than mine was to begin with.

He got some nice shots of Frosty, the Frost peach, in bloom.  Yes, it's still sick with canker, but I'll let it live as long as it can. 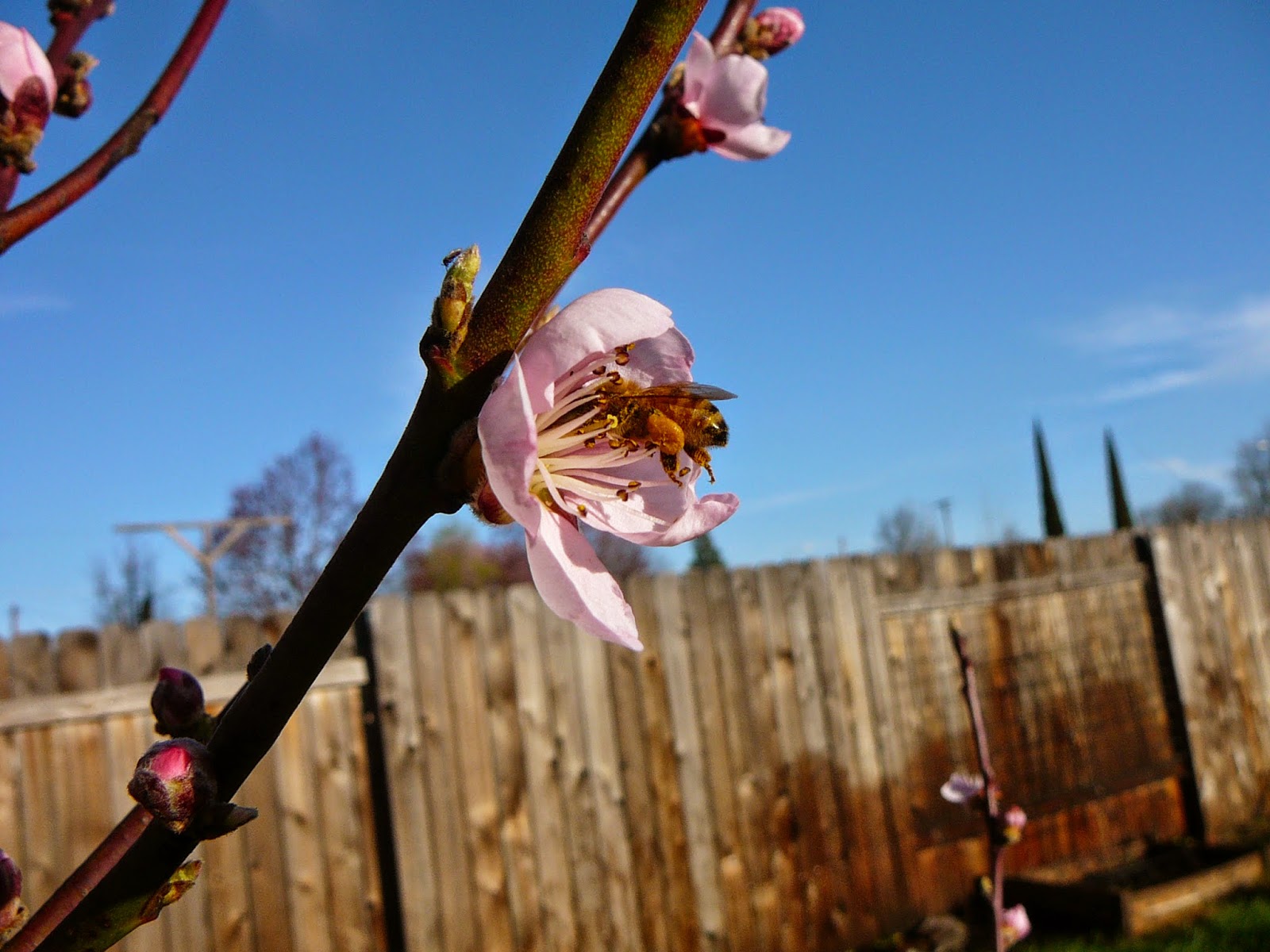 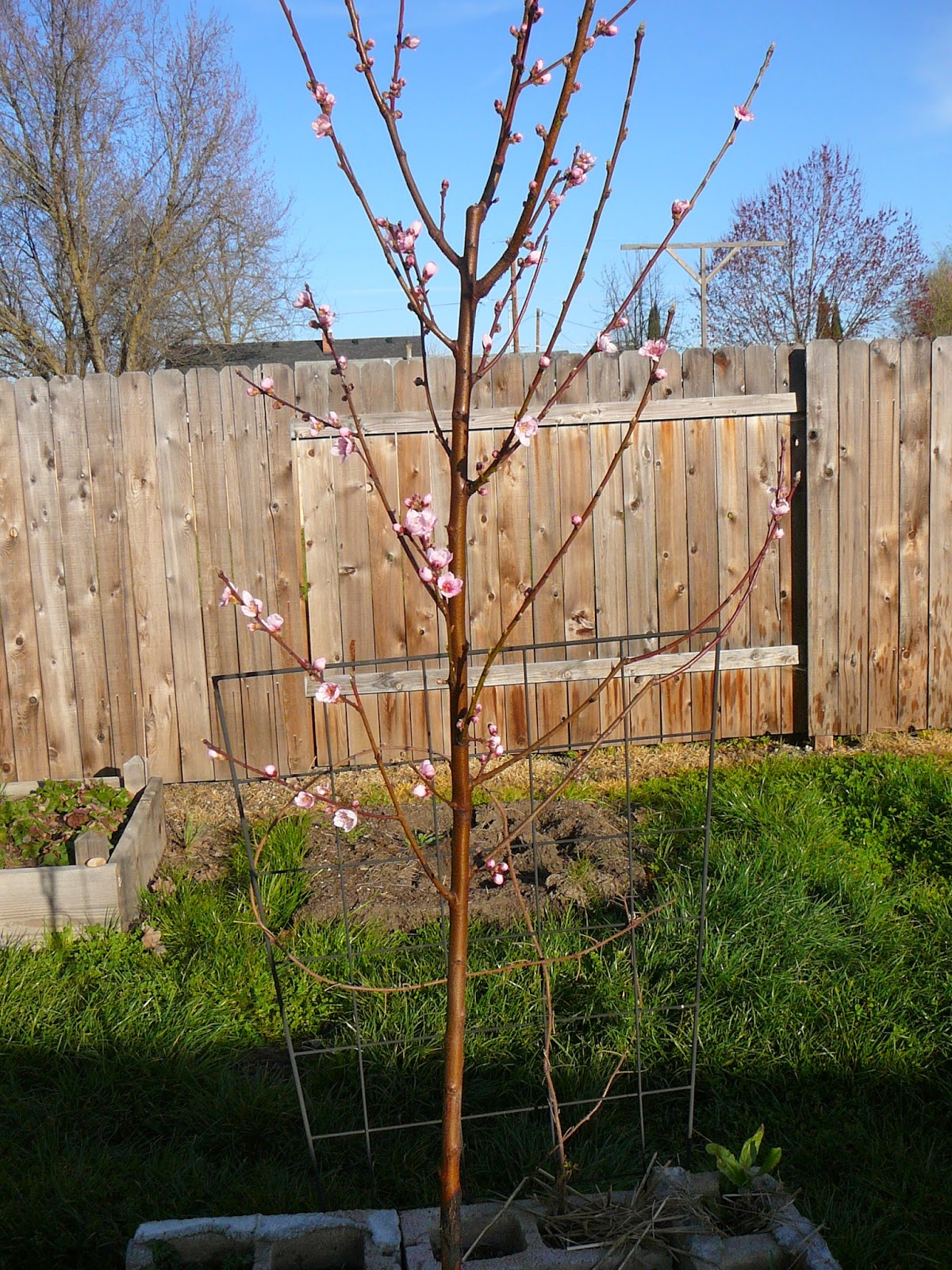 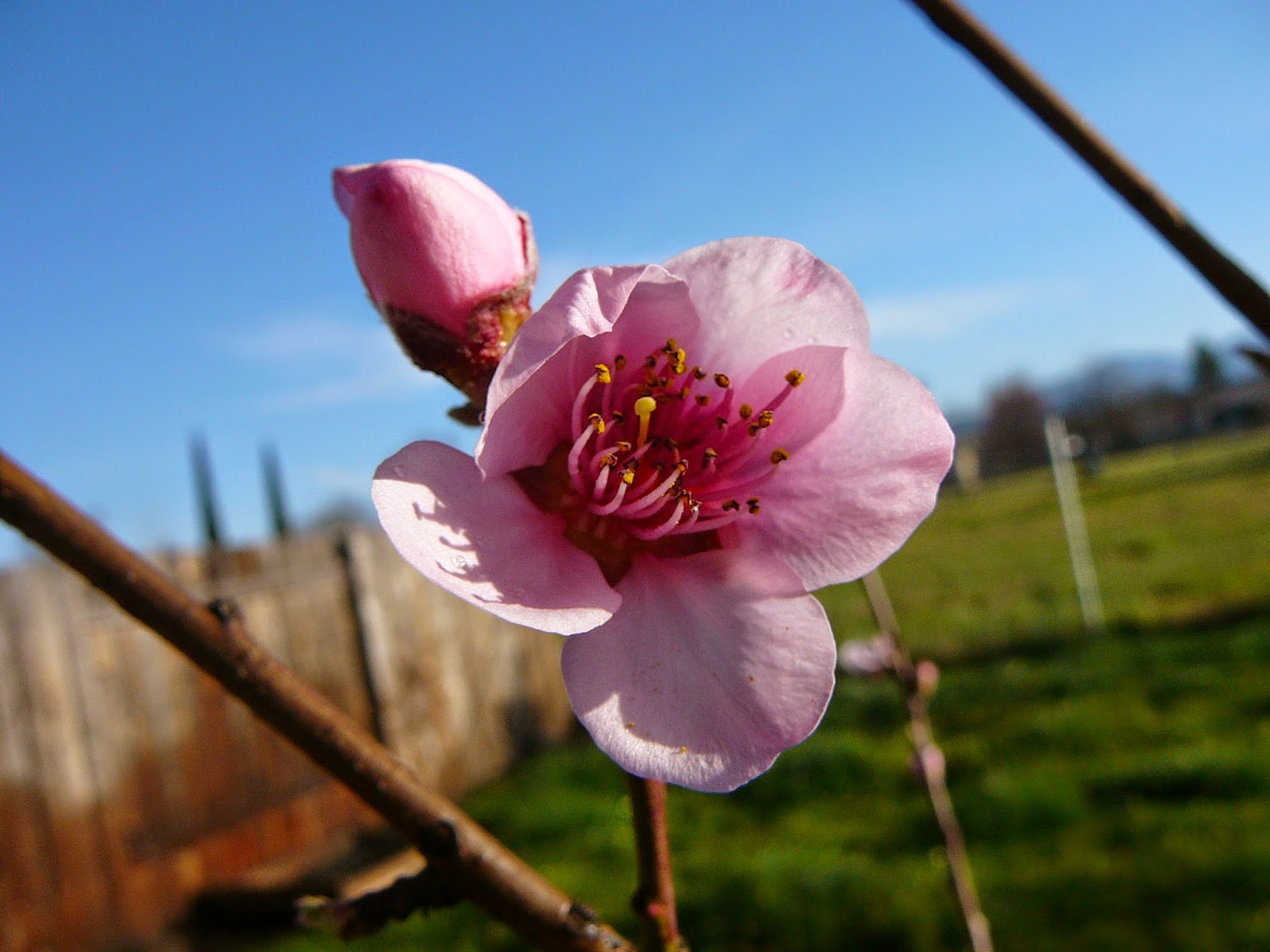