I've been waiting for this day!  The plants never blossomed, and I didn't wait until the foliage died back like I was supposed to, but growth had stopped, and some plants were disappearing.

It was easy to just push over the wire cage, cardboard liner, and straw.  Other than the two wire pieces, it's all compostable. 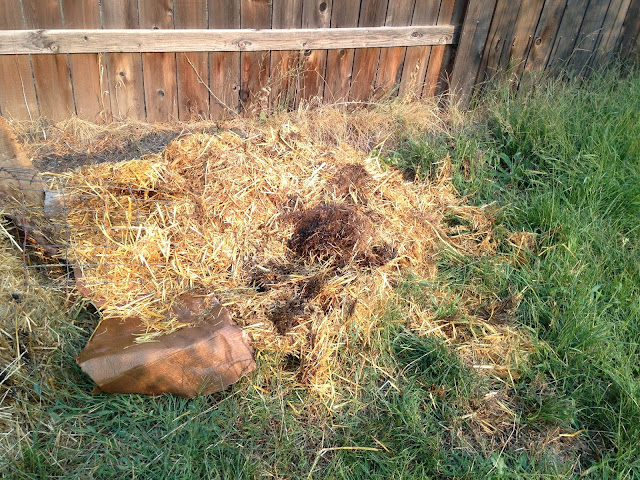 So, where were the potatoes?  All the potatoes I'd been led to believe would be all up and down throughout the straw mulch?  The pounds and pounds of potatoes others bragged about growing in small containers and towers?

Well, here they are.  The entire crop of German Butterball potatoes started back in May. 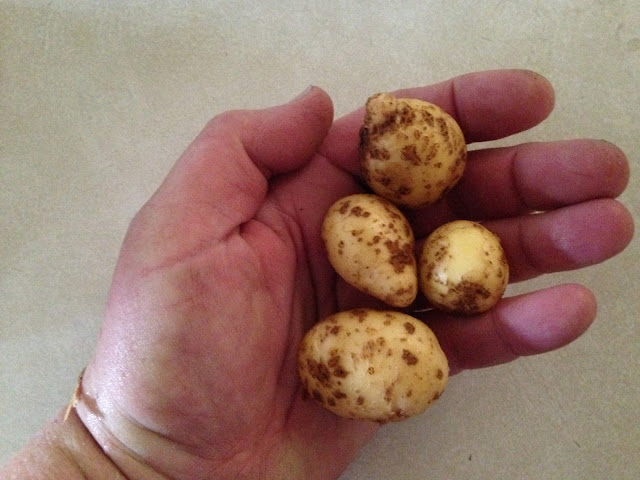 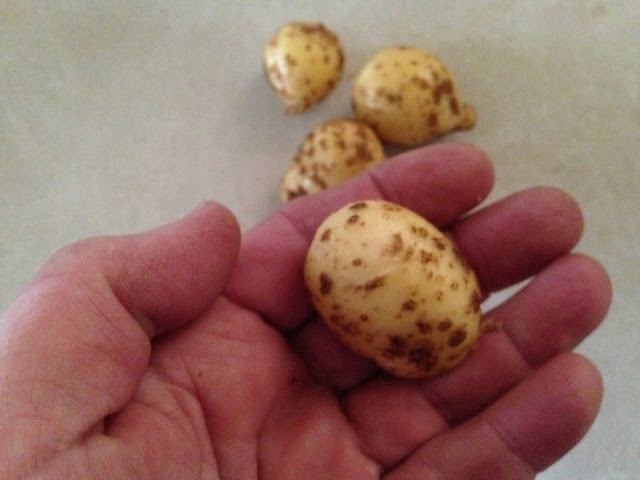 Now, that one there in my hand is a good lookin' Butterball, perfectly shaped.  But, I'd need dozens to make a meal, and I got four.  FOUR!  Oh, I left behind a few the size of pencil erasers.  Half used pencil erasers.

What I did find in the straw, larger than potatoes, were these... 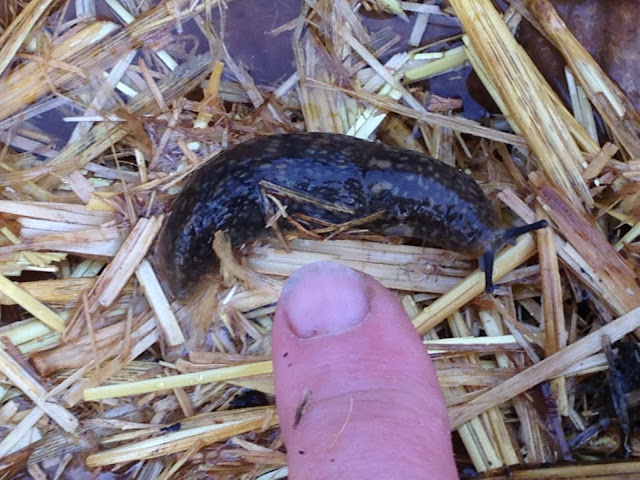 These are the creatures "who shall not be named" around my house.  My daughter has an extreme disgust reaction to slugs (snails too, but slugs are worse).  She isn't afraid of them, it isn't a phobia, but a deep-seated disgust.  I wouldn't dare suggest cooking the tiny taters, I added them to my fabulous compost keeper (Christmas present 2016!).  They associated with slugs!  While I find snails and slugs fascinating (if only because they are hermaphrodites), they are indeed "disgusting."   I was surprised to find them in the straw mulch, I don't have a problem with snails or slugs, and rarely see any in the garden.

Will I plant potatoes again?  No.  No chance.  I bought these for just $1.00, and threw the cage together with materials I had on hand.  I bought the bale of straw to mulch, but I usually keep a bale around anyway, so it wasn't just a potato specific expense.  So, my potato growing experiment cost all of $1.00, and was a resounding failure not to be repeated.  Sacks of potatoes cost so little here it's not worth the effort.
Labels: garden failures potatoes