Winter has made himself comfortable, setting in with freezing nights and days only reaching into the 40s.  The range between low and high temperatures is only 10°.  Funny thing, it doesn't feel like it's in the 40s.  It always feels warmer to me when it's raining.  And, it usually is warmer when it's raining!

There's not much actual gardening being accomplished.  I go out and look around every morning (on my daily dog clean-up duty!), maybe pull a weed here and there, but it's just so damp I don't stay out.  Boo doesn't understand why I won't throw his ball!

I was startled to see some color in the far back yard!  The climbing rose leaves. The two plants themselves seem to be on the way out.  They were planted in 2012, and had been doing great until this summer.  I cut out a lot of dead and straggly growth, but I don't hold out much hope for them. 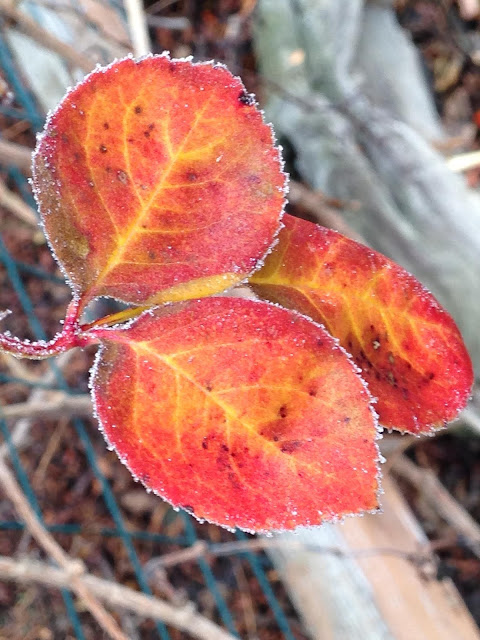 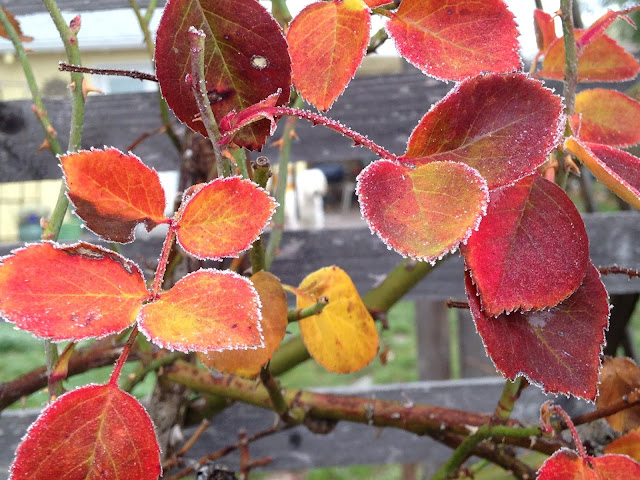 Another pretty red sight in the garden is the Jelly Bean® blueberry. 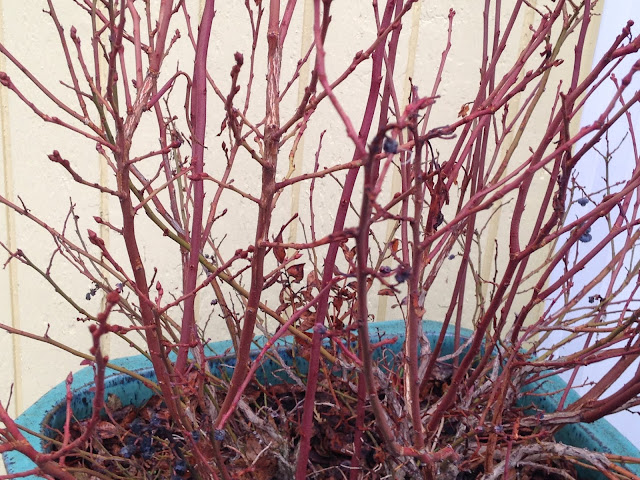 Legacy blueberry has buds, which is a relief to see.  Other than the Draper, I expect to lose the four Bluecrops.  I don't know what it was about last summer, maybe the constant forest fire smoke? 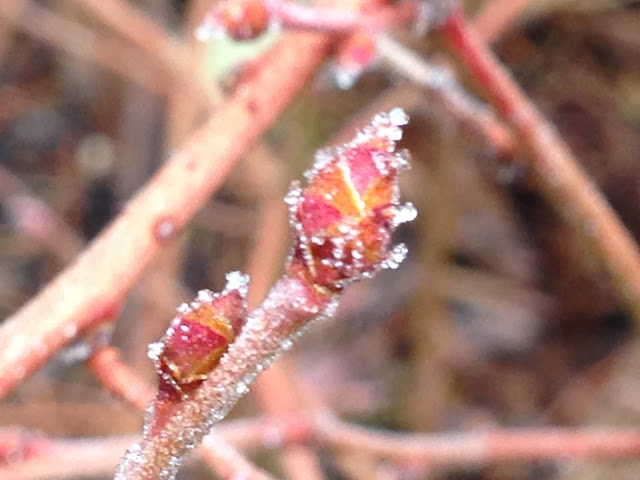 Bachelor button volunteers continue to grow!  At this rate I'll have start thinning them out.  No freezing nights as of yet has slowed them a bit.  I won't need to plant my saved seeds, or the purchased ones! 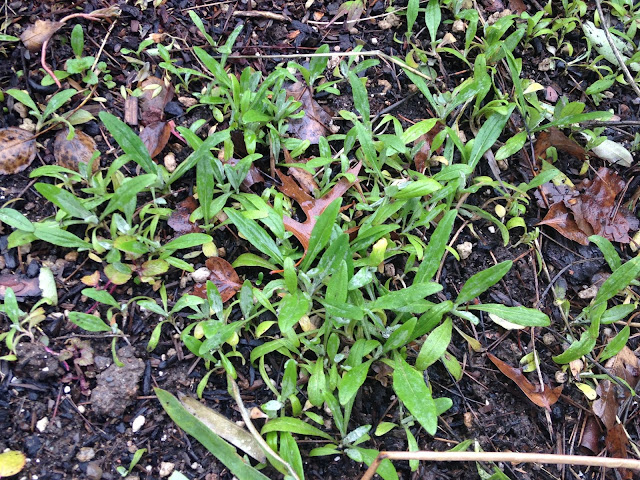 California golden poppies are doing really well.  These are growing in the iris bed near the Butterfly Garden, where I just flung the seeds from the summer plants.  There, hopefully, will be purple and white ones too, from purchased seeds.  I also bought a packet of mixed color CA poppies.  I think I'll scatter poppy seeds in more places than originally planned!  The new herb garden, the new Pollinator Garden, the front yard...  Even when they aren't flowering, the plants are pretty. 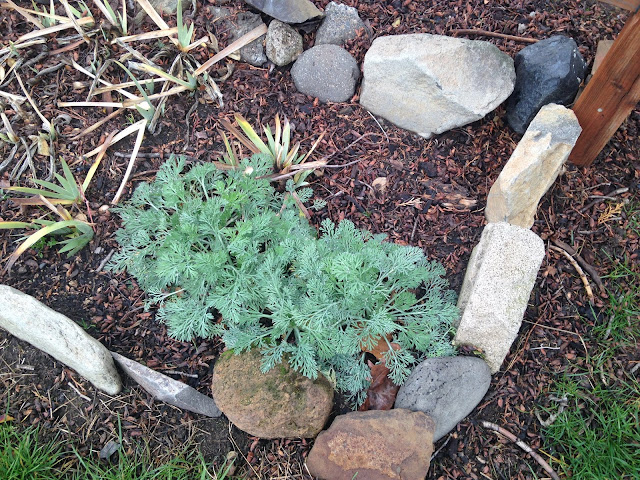 The broken off yarrow and baby coreopsis continue to thrive on the sheltered picnic table.  I have seeds for new types of each. 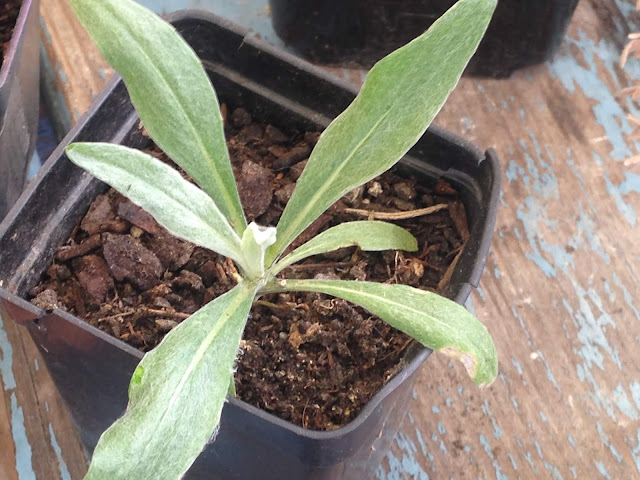 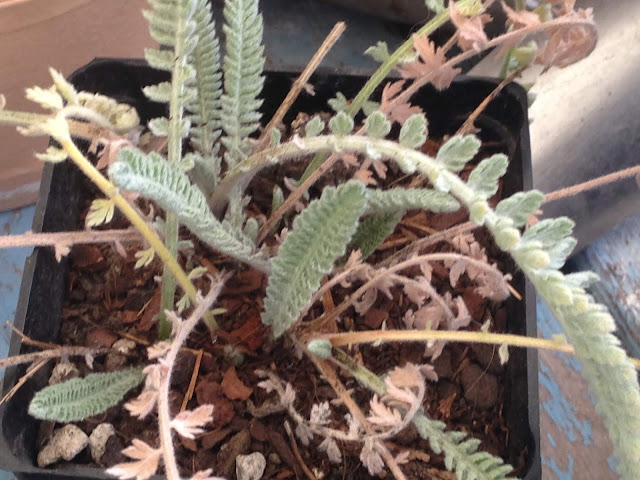 Even though I know winter is hardly the best time for a garden to be showing off, I have decided to re-do the front yard "Rock Garden" next year.  Put in some larger plants, things that fill in.  A lot of plants are just not doing as well as I'd hoped.  Again, it might be my winter view.  No, after adding the photos... it's not just my winter view, it's a pretty miserable area, a neighborhood cat box. 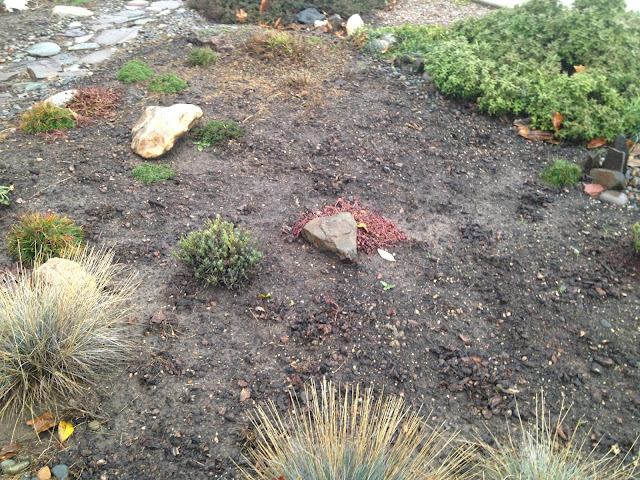 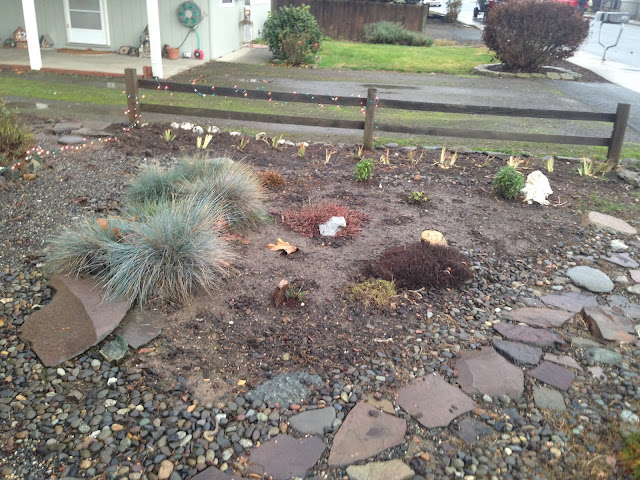 I must have planted the iris divisions lower, because the end of the bed closest the house was flooded.  I dug a trench, and you can see it's filled.  Lower bed and probably overflowing gutters which need cleaning caused it.  Hope these rhizomes make it, iris hates wet feet. 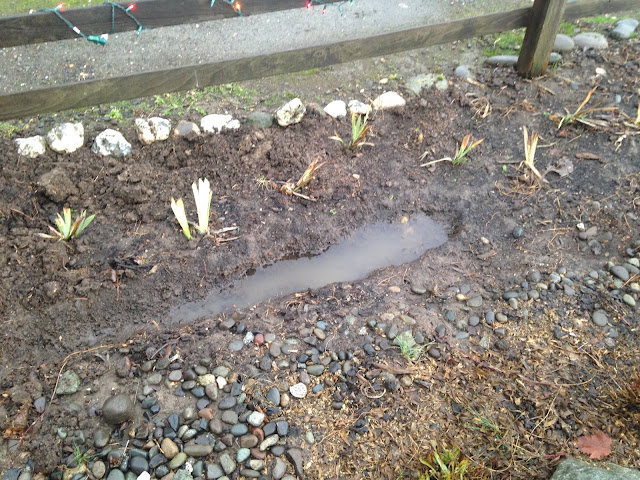 A new type of little mushroom was spotted in the lawn. 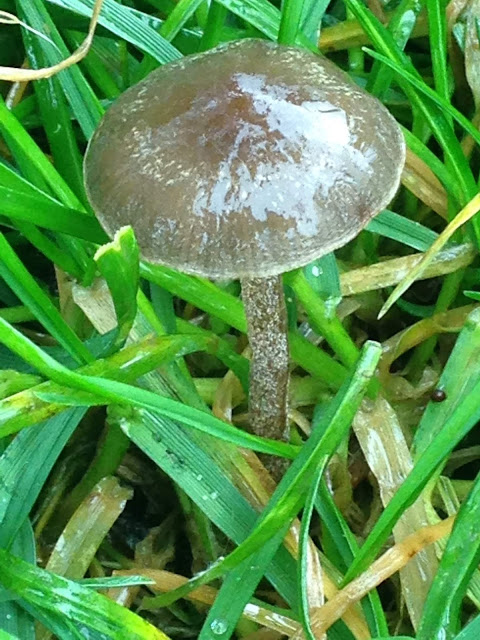 I mentioned a mushroom activity a few posts back. I finally remembered to get a mushroom at the store, so here it is.  The sample mushroom wasn't the best, and it disappeared before I would have liked to finish the activity.  "Disappeared" as in... disappeared.  I think it got knocked behind the stove, my son thinks Benny the feline garbage disposal ate it!

1- get a mushroom that is not tightly closed, you want the gills to be open to drop their spores 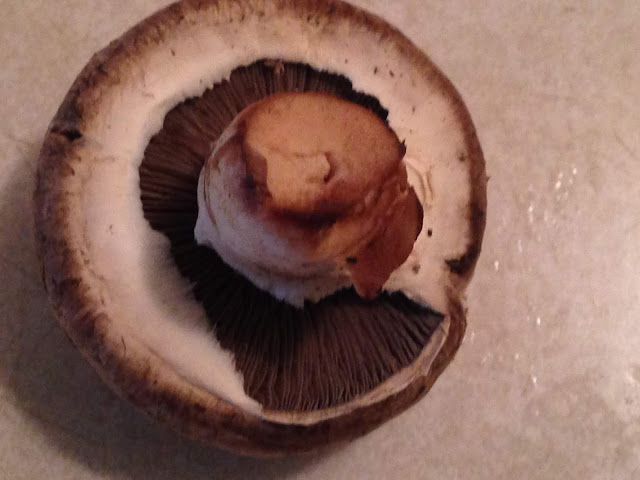 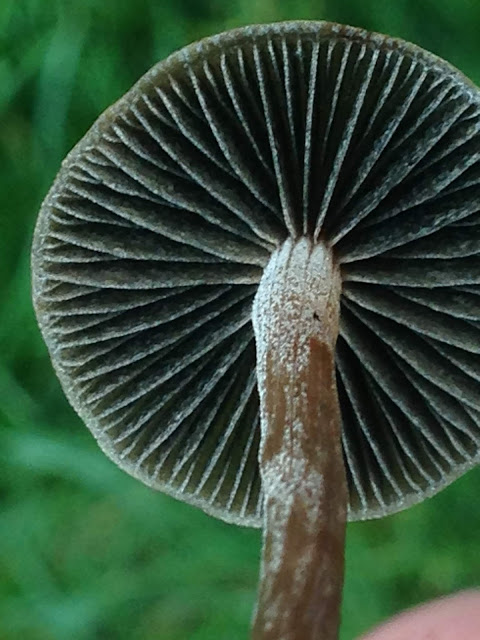 2- remove the stem, if still attached
3- place on a white sheet of paper set in an area that can remain undisturbed (I thought I had!) 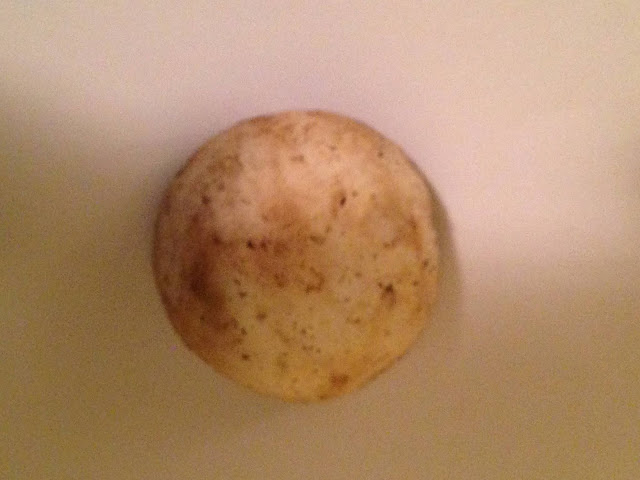 4- leave it for 4 or 5 days
5- carefully remove the mushroom and you'll have a pretty spore print! 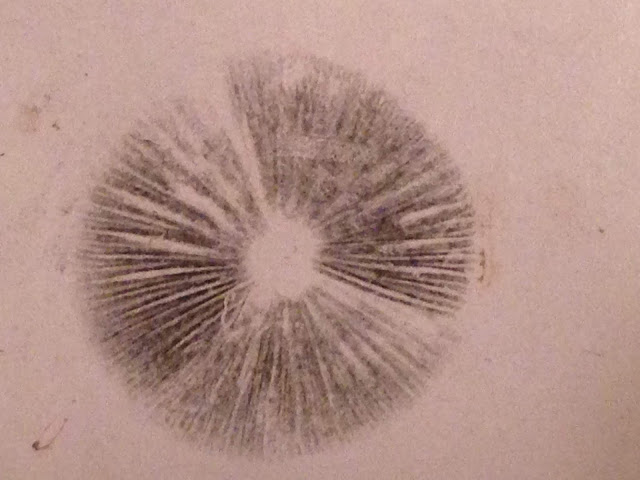 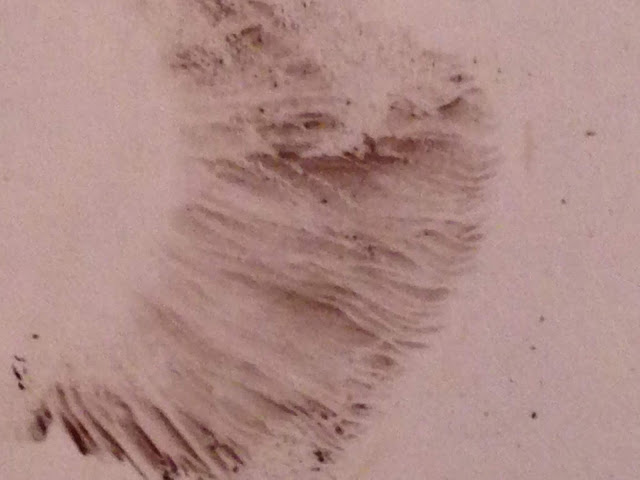 Different mushrooms have different spore patterns, so it's fun to use more than one kind of mushroom.  Wash your hands after touching any you picked yourself and do not put your hands near your mouth until you do!

For Christmas my youngest son gave me just what I asked for.  Potting mix!  Yes, that's what I asked for!  Within the next week I'll begin Winter Sowing, so need new "soil" for the containers.  Not soil of course, potting mix.  Not seed starting mix, never that!  I'll go into Winter Sowing more later in the week.

It's not the most expensive mix, but it will be fine for Winter Sowing. I never use Miracle -Gro (it smells like chemicals!) and try to find kinds without added fertilizer.  I like to control that myself. 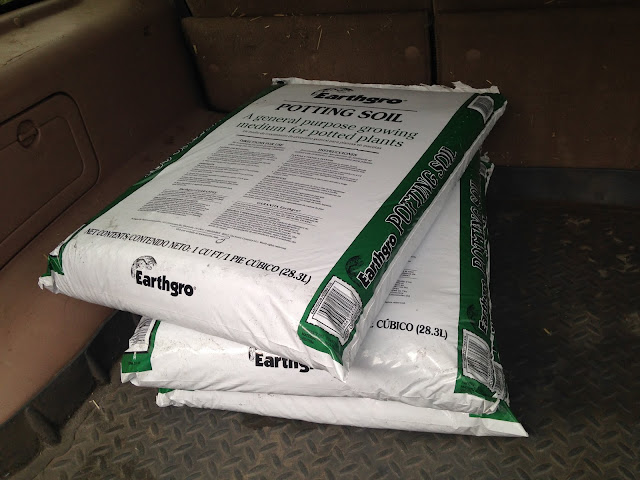 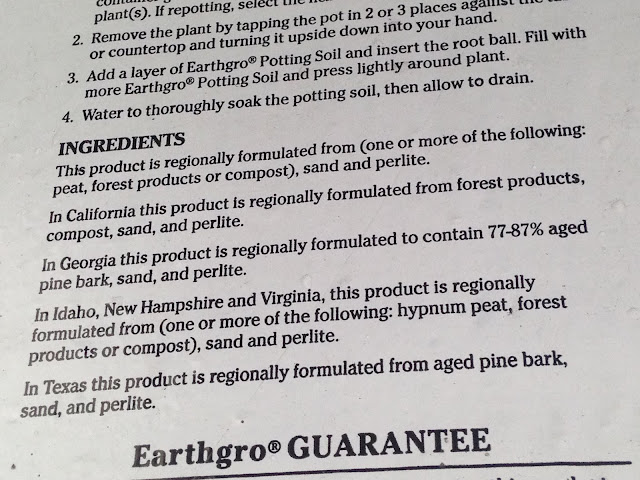 And now, since it's Christmas Eve, some views of my Christmas tree and garden related ornaments!   I swear, I didn't do it on purpose, it just worked out that way!


Even I have misplaced the pickle, and I hid it! 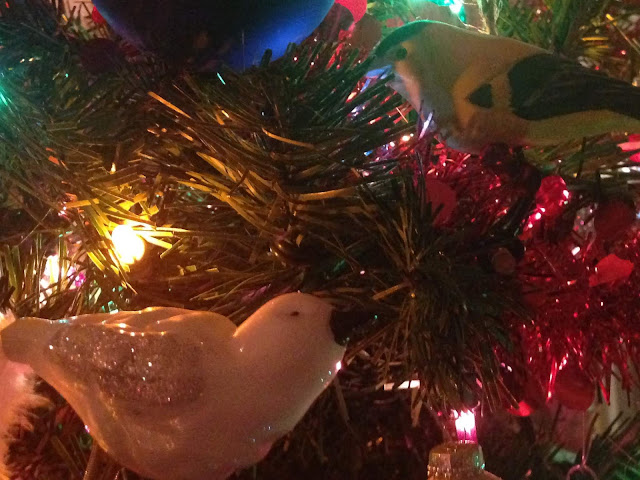 Just to share, my favorites, not garden things.  I like glass or metal ornaments, even though I break things.  I found a box of pretty Shiny Brites the other day, 2018 versions of their old style.  The assortment included a lovely new top ornament.  The box was for what they call a "Cluster Tree," where you hang the ornaments on a metal stand.  One ornament was missing (probably broke!), so it seems they got rid of them all!  I just added paperclip hangers (ran out of the real hangers, but paperclips are better!) and hung them on the tree.  The "Cluster Trees" are ugly... 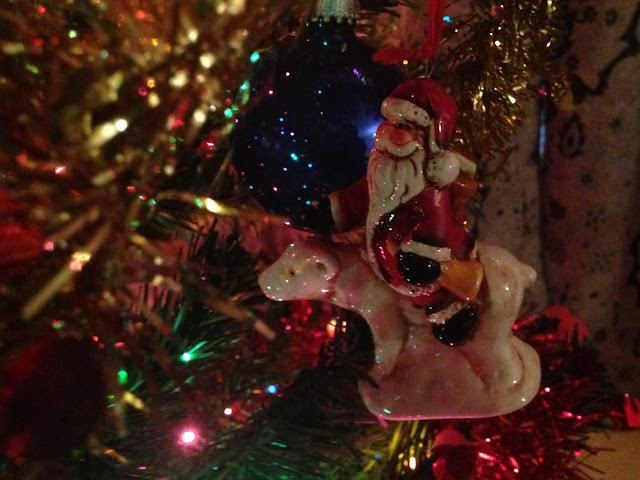 🎄Here's wishing you all a Merry Christmas! 🎄