March came in like a lamb, after the lions that were January and February.  There was a sunny weekend!  While I still needed to don my rubber boots to work in the far back, I got quite a bit accomplished.

I bought some more gardening supplies at the Dollar Tree!  Just more seed starter mix, their cheap-o potting soil (good enough for Winter Sowing containers, since the seedlings won't be in it for long), garden twine and a box of Wildflower Blend Pollinator (it was the Dollar Tree, so not the marked price).  Did I need the seed?  Of course not! 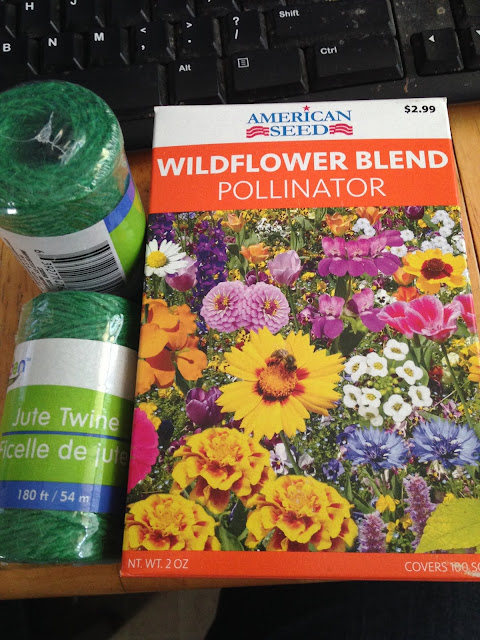 The box contains at least 5,000 seeds (12% of the content) in what looks to be a vermiculite mix.  No seed is more than 5% of the mix, which makes for a nice change from some mixes, where they give you higher percentages of the more common ones. 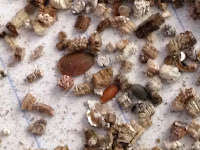 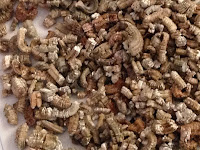 Even if just a few germinate and survive to flower, it's worth the attempt.  I don't expect much, so anything will be a nice surprise!

I actually finished my Winter Sowing!  For real!  As I told my son though, it's time to change up the containers for the tender annuals and vegetables!  I've actually done that for all the annual flowers already.

The last of the lot were:
107 - zinnia, Bon Bon mix
108 - zinnia, Carousel mix
109 -Summer Sun heliopsis (false sunflower - different from the other false sunflower, and yes, I need both!)
110 - Wildflower Blend mentioned above - I also scattered some in the Pollinator Garden bed.
111 - perennial mix - two packets from the Dollar Tree

Some of the containers look downright soggy, so they got the pleasure of sunning without their lids!
Here are purple tansy, black-eyed Susan, pink catnip, violas, and red yarrow. 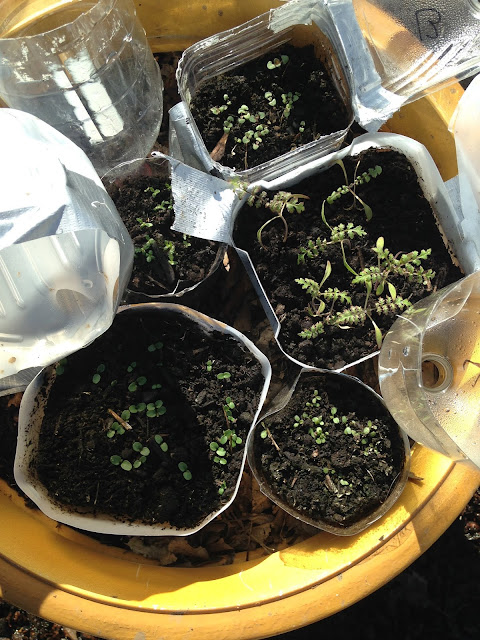 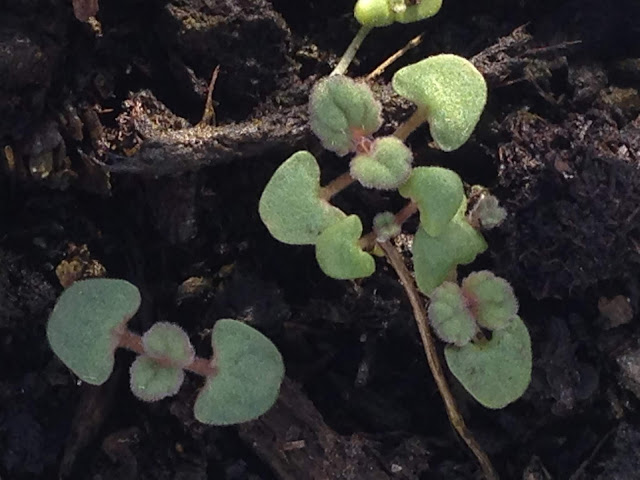 The orange daylilies are looking great!  They had it hard, mailed from out of state (barely wrapped in trash paper and plastic bag), planted in the snow, then more snow and drenching rain.  "Ditch" lilies are incredibly tough! 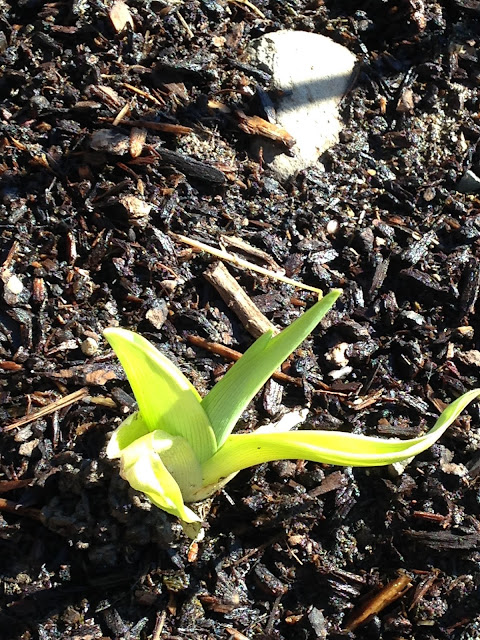 Indoor seed starting has begun!  Until last year, when my son gave me a heat mat, and I bought a gro-light, I didn't try (after a failed attempt a few years back!).  But, it worked well, so I'd trying a few things besides tomatoes.  The peppers got started Sunday Morning.  Baker Creek's Lipstick (free gift), a small, long, sweet red pepper, and Tabasco, which of course will not be sweet!

I put two seeds in each hole, just to increase my odds of getting anything to grow. I'll cut off any weaklings.  They won't need the gro-light until they germinate.  Tomatoes will join them next week.
The germination cell trays (three-part), seed starter mix, and plastic tags are all for the Dollar Tree!


I forgot to spray the fruit trees last month, but then again, the weather wouldn't have cooperated anyway, so did it today.  I never got around to finishing the Flavor Supreme Pluot pruning, so some of the branches were too high to reach with the little hand sprayer.  As the trees grow I'll need to get another, like the pressure tank I use for weed killer.

Have you ever brought branches in to "force" into bloom? I'm trying it for the first time!  Two flowering quince and one forsythia branch.  I put the vase on the top of the TV shelving, and so far no cats have noticed.  I am sure if Benny saw it he's do his best to get to it, even though I've never seen them up there.  I believe cats take "where there's  will, there's a way" too seriously! 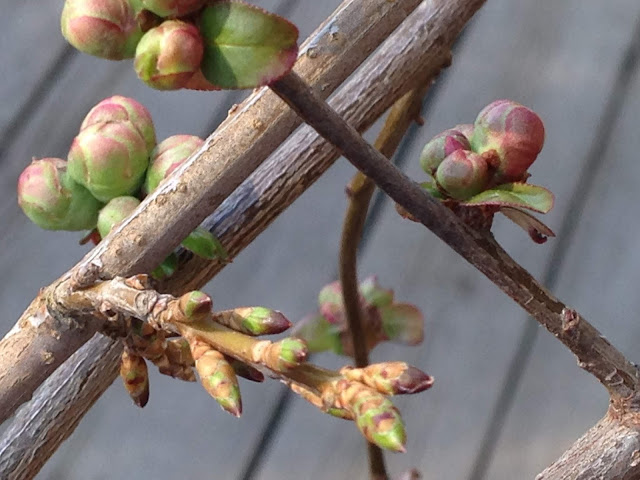 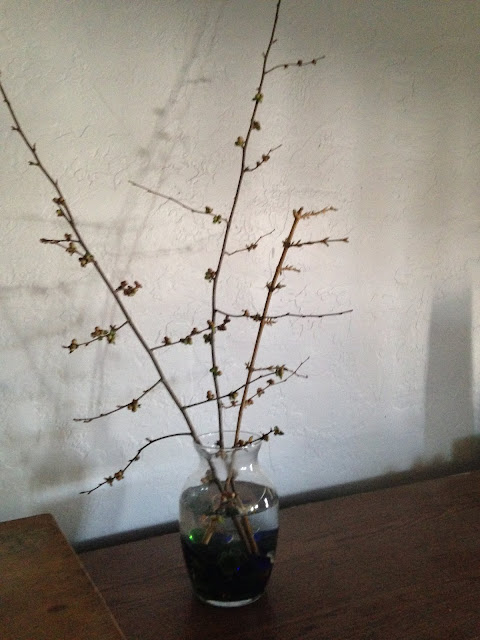 Between the time I came in, showered, picked up a pizza, came home, and went outside to cover the Winter Sown containers for the night, something had gotten onto the picnic table and dug in the coyote mint!  I has to have been a bird.  There are no squirrels in the neighborhood, and it is too small a hole, and too little damage, to have been a cat.  Besides, it's rare for cats to go into the back yard, what with Boo and Edward in and out of the house. Of all the pots to pick from, this is the one I mind the most! It's not that easy to find coyote mint.  You see this one has grown two babies!  It doesn't look like regular mints, but look closely on the right by the small one and you can see the runner, just like other mint's.  This one smells like toothpaste!  Really.


It was a lovely weekend.  Warm enough to take off my jacket and sit on the deck in the sun!