Garden Update on This Last Day of March

Spring again, but that means 1/4 of the year is gone already!  Every year around now I say I won't let the far back grass grow too high before I mow, then it rains and gets put off until it's too high again, and a pain to mow!  That's where we're at right now.  At least it will be warm enough this afternoon to spray weed-killer.  Yes, I use a chemical weed-killer.  They work. 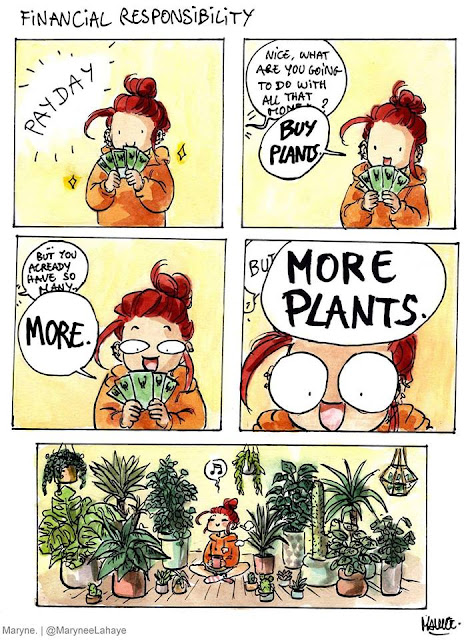 I didn't kill the old rose after all!  I pruned it way back and thought it was gone.  It can't help but be healthier for the pruning though.  If it is, it's gone.  I am a little disappointed it survived, I was imagining what I could plant in its place! 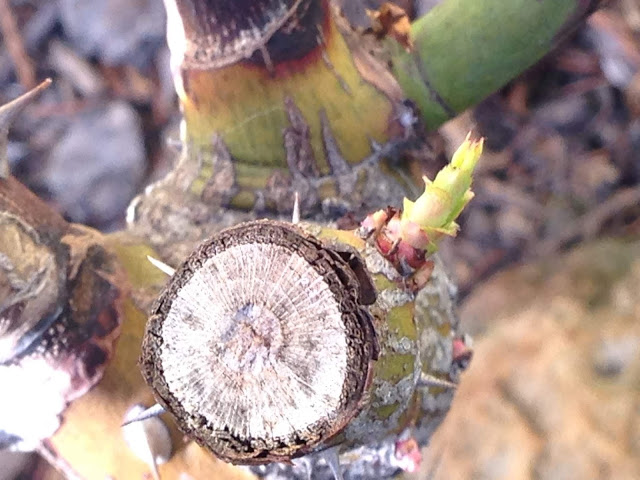 The three hardy geraniums I grew from seed last year (a Winter Sowing success) all have come back nicely.  I wasn't sure what to expect, I was not familiar with "real" geraniums before this.  I come from Northern California, where geraniums were the zonal type, really pelargoniums.  They lived year-round there, not so here.  They are all in big containers. 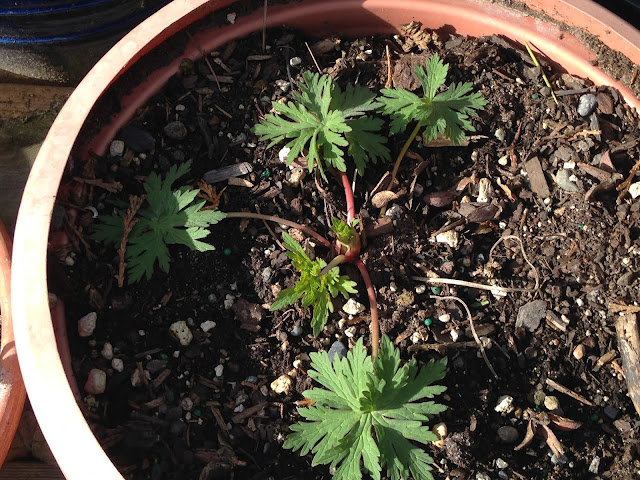 I don't like tulips, and have never bought them.  So, imagine my surprise to find tulips up and forming flowers in the pluot bed!
Nope, I didn't plant them.  I didn't add any new soil to the bed (well, recently, but after the tulips were up).  There are three of them! 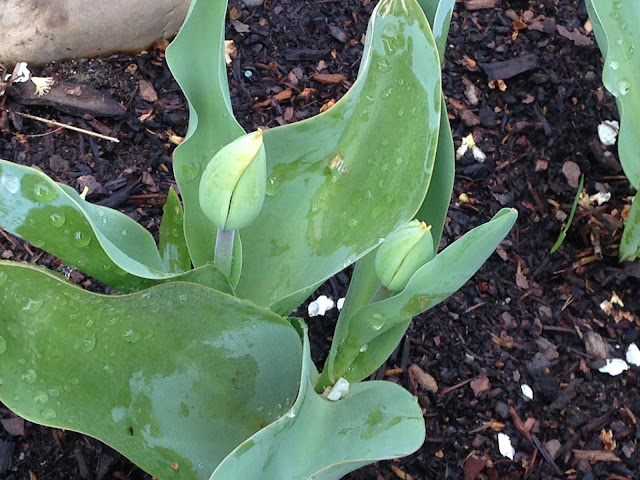 Speaking of tulips... not in my garden, but outside an entrance at the mall is a blooming tulip tree.  It's a kind of magnolia. 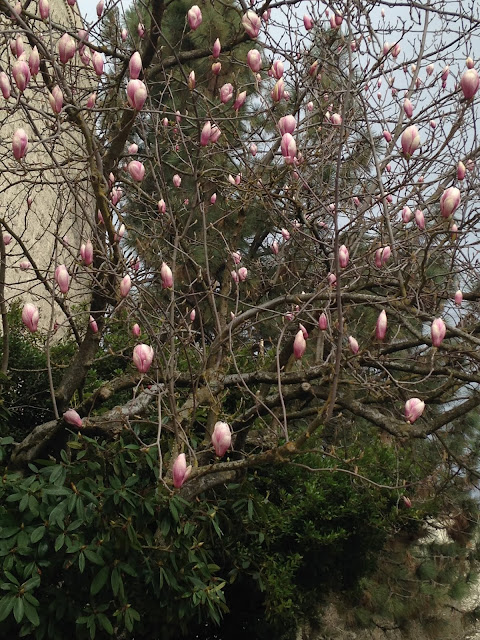 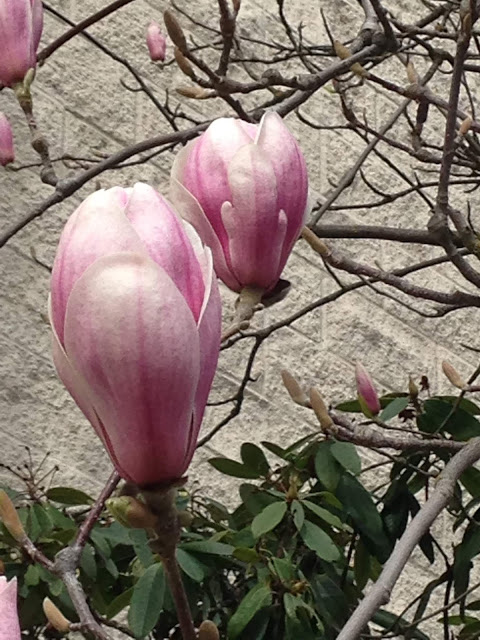 The butterfly weed (Gay Butterflies) is peeking up!  This will be its third year with me.  I'm still amazed when these perennials that are completely gone in winter come back!  Not something I grew up with. 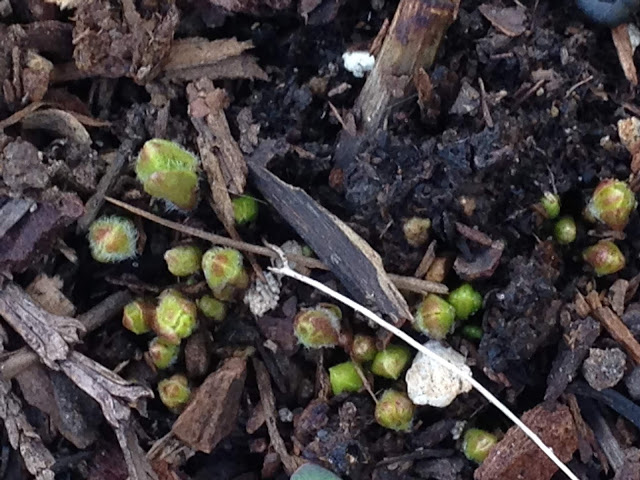 At least one of the pink coneflowers I bought as dormant plants at the grocery store (Winco) is coming up in the Pollinator Garden.  This is the garden's first spring.
I have no idea what is growing, I've been tossing seeds in all winter and don't remember the kind!  It's also been getting lots of transplants. 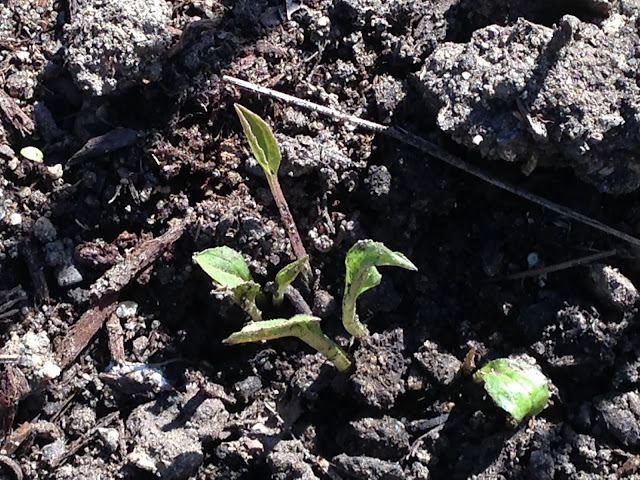 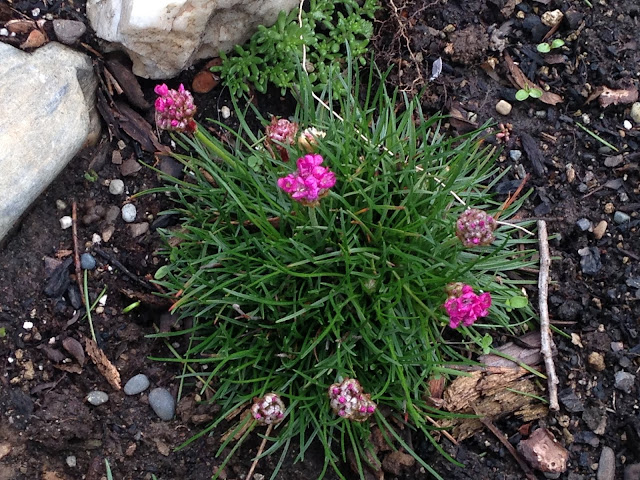 I discovered several new bulbs blooming in a terra-cotta pot near the deck.  I don't remember planting anything in that pot, it's already crowded, but looking at online photos it may be Siberian squill.  The words "Siberian quill" sound familiar.   As much as I keep records, I miss an awful lot!
Their hidden by all that grape hyacinth foliage. 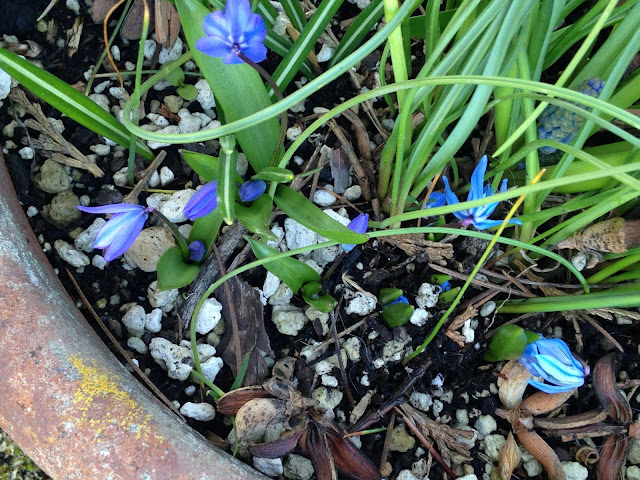 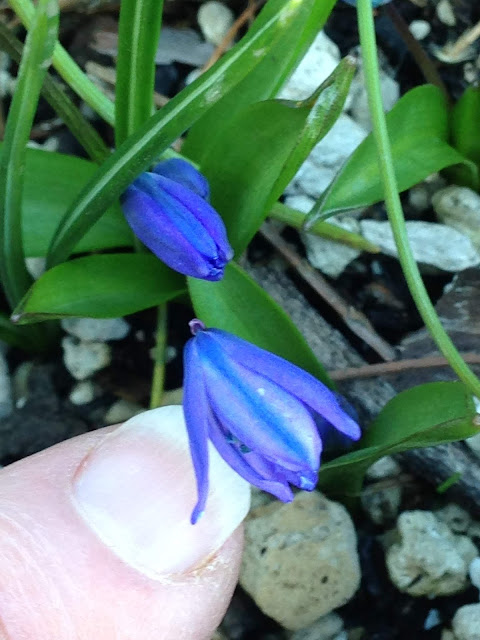 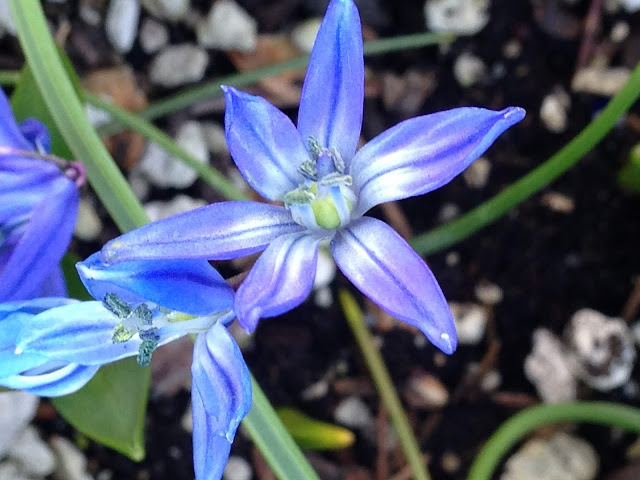 If you aren't bored by now, here's some pretty pictures!  I have a lot more to share, but this is enough for now. 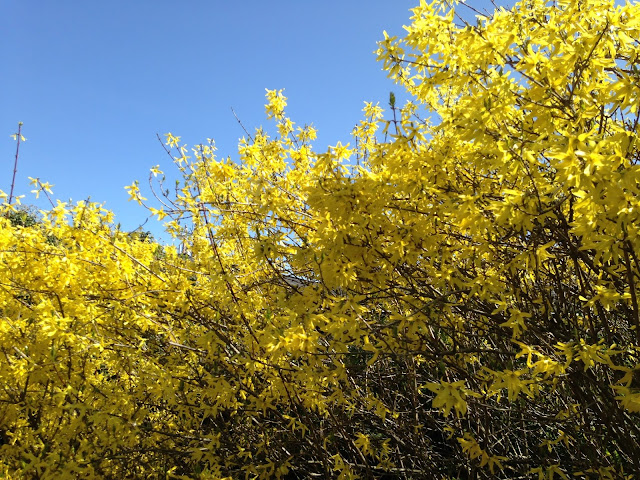 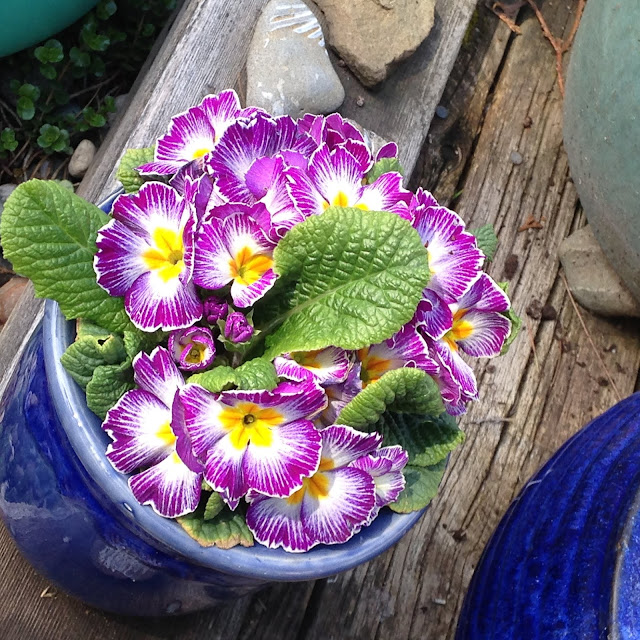