Here it is, another Saturday.
Which means it's time for
Six on Saturday!

Head over to The Propagator for links to lots more participants,
with lots of more interesting garden stuff than what I
have for this week!

1 - We had more snow, and on top of the already flooded areas of the far back yard, this was the result as it started to melt.
(See that yellow excavator in the background?  As soon as it was dropped off that morning, I knew
the empty lot was doomed.  More on that with the last photo.) 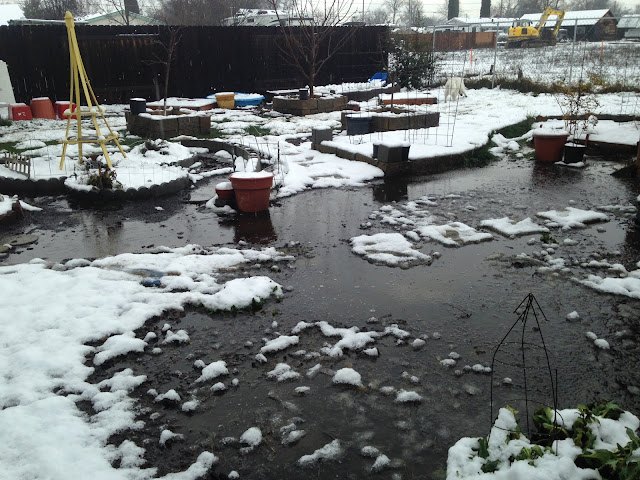 2 - The snow bent more of the blue tree (juniper?) over, so my son cut a few of the low hanging branches down. The entire tree needs to come down.   We say that every winter.  It's permanently bent over. 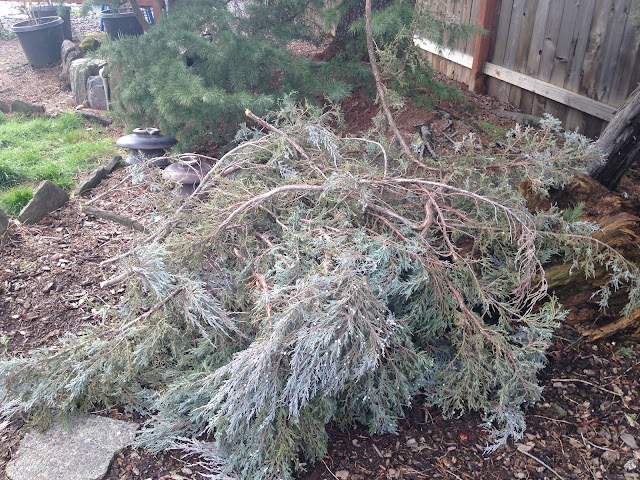 3 -  I had to shake snow off the forsythia.  Funny how you (or I, at least) don't really notice what happens during the gardening off season.  Just look at the bamboo that crept in!  I've got my better weather work cut out for me. 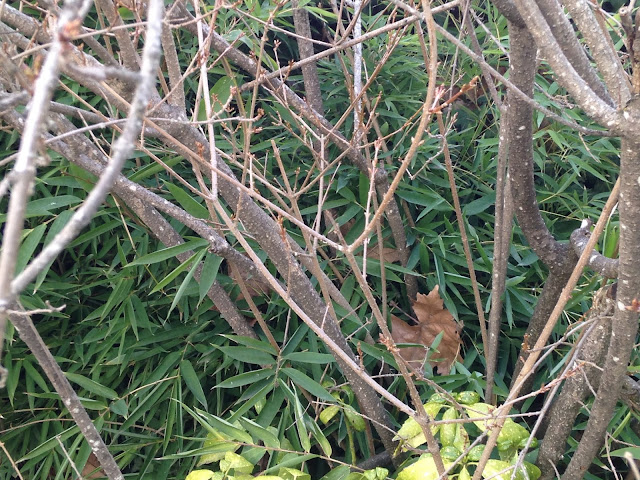 4 - These somethings are spouting in the new herb garden bed.  They are growing as if they were sown, sprinkled around the bed.
The only thing I sowed here is a mix of five different kinds of California poppies.
These are not California poppies.
I'll have to leave them until they are older, no weeding just in case they are something I want. 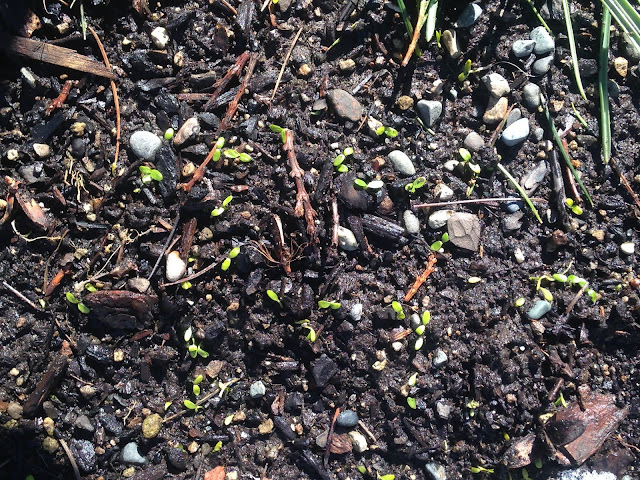 5 - "Just in cases" are important with sprouting plants!  Case in point, these Grecian windflowers (Anemone blanda)  planted as bulbs in October.  Last week I almost pulled out the first, forgetting I'd planted them, and not recognizing the leaves. 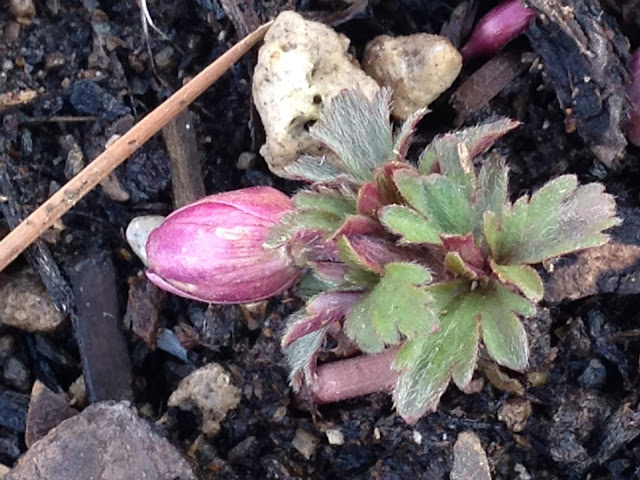 I knew when I moved here in 2011 that eventually the empty lot behind my yard would have three more of the two unit buildings, like the one seen in the photo below, behind the enormous (and growing hourly) pile of dirt.
"Eventually" is here.
The excavator was delivered yesterday, and began scooping out the soggy clay, not where it's parked, but in line with the existing building.
The plans show the area directly behind my fence to be open area, lawn or such, for the units.
Hopefully the builders will add a wooden fence all along their property, right now it's a mix of chain link, newer wood, and pieces of pallet leaning on plywood (not mine!).
I chose chain link in the beginning because I wanted the yard to feel more open. But, now
something more private would be welcome!
Private for me working in the garden, as well as for the dogs, who have a long, long time before the "strange" things going on in the previously empty field are over!
I thought of asking the operator to drop a couple of scoops over the fence, to use in my low water logged areas, but that dirt there is the same as mine, and that particular lot happens to be the wettest in the complex!  I have enough soggy clay of my own.
I wonder how high that pile will get? 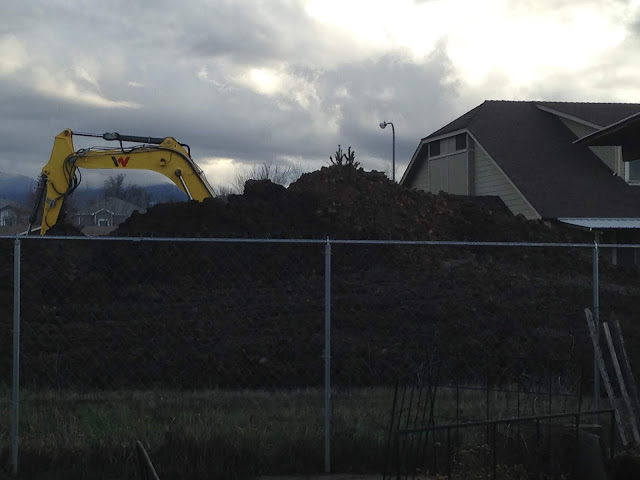 Not an exciting Six on Saturday from me this week.
Although I find the Grecian windflowers pretty exciting!