Six on Saturday
brought to us by
The Propagator!

I feel I drag myself over towards the end of the day, but really, it's not even noon here!

1 -  The flowering quince is outdoing itself in number of blooms and the brightness of the color.  I wonder sometimes if I just forget from year to year, when I say something's "bigger" or "more."  But, I checked my files for quince, and I am indeed correct. This year is a banner year for all three shrubby areas.  This is the one neglected (ok, continually cut down thinking it was suckers from a nearby stump) one under a cedar tree.  This is the second year I've let it bloom (see above, honestly, I didn't know it was a flowering quince!). 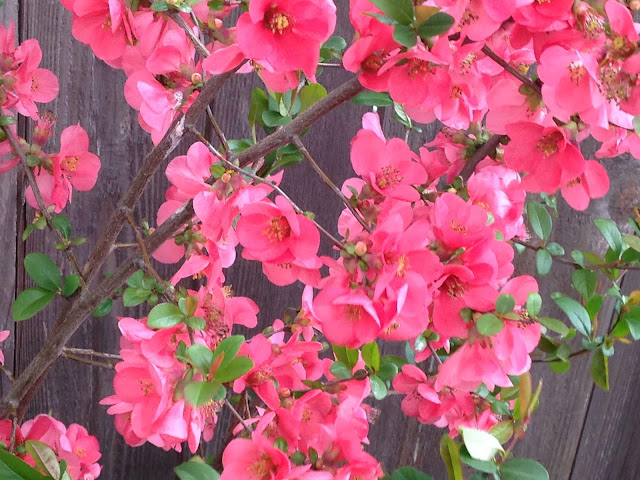 2 - The ivy is loaded with berries... and the birds that eat them.  This is English ivy, and was here long before I moved in.  English ivy is a "major invasive" plant in Oregon, and is not sold here.  And, don't think you'll bring some in from elsewhere, it's also illegal to transport it.  We don't have to remove what is already here, just try to control it.  Sure...
(also banned is Scotch broom and all but sterile cultivars of butterfly bush)
I've heard people say, "I didn't know ivy bloomed."  It sure does, and that draws bees by the hundreds! 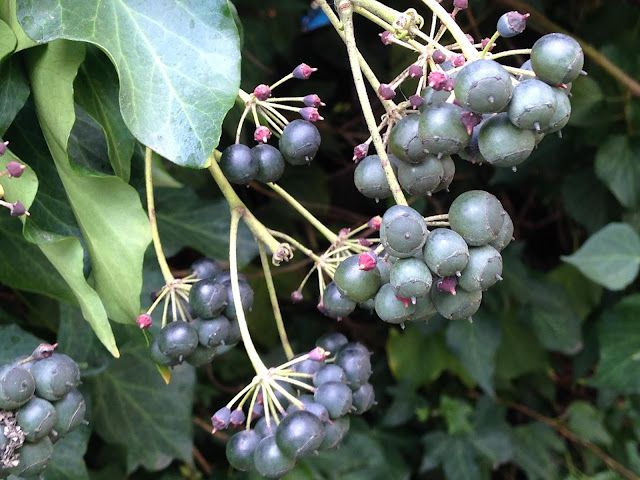 3 - Borage is flowering. It's supposed to be a "frost tender annual," and while the parent plants (two of them) did die back, some seeds grew last summer and are now flowering.  Borage is said to flower in June or July!  Other seeds are just coming up... everywhere!  These first plants are very small compared to the parents.
There is nothing like that color! 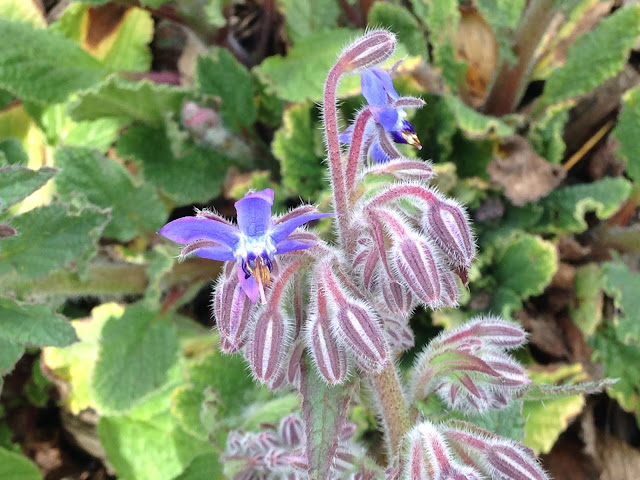 4 - What I think is a cute mushroom tableaux.  They are growing around last year's cut back asparagus (that can be lifted right up out of the ground). 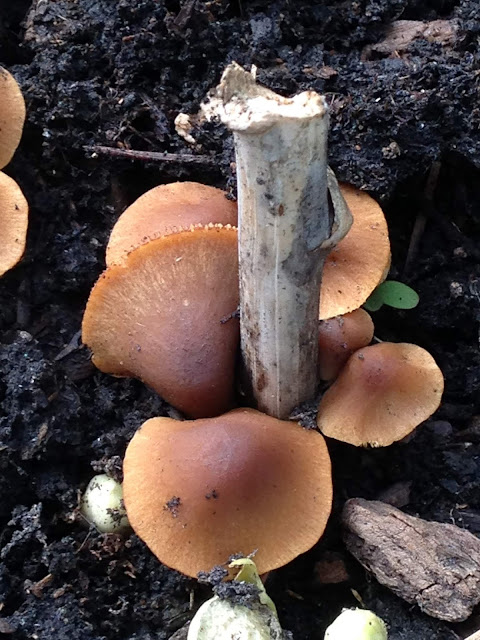 5 - Virginia creeper is coming back.  When I moved in it covered the entire overhanging area and partial fence, but hadn't been cleaned up in decades.  I tore it all out (hahaha!) and replaced it with some climbing roses (not doing well).  Of course, I didn't get rid of the Virginia creeper, and now I'm glad!  I took down the lattice it grew on, replacing it with wire, which is not private!  So, the creeper will fill that in within a few weeks.  Really.  You'll see.
I also have it climbing around and out of the compost heap! 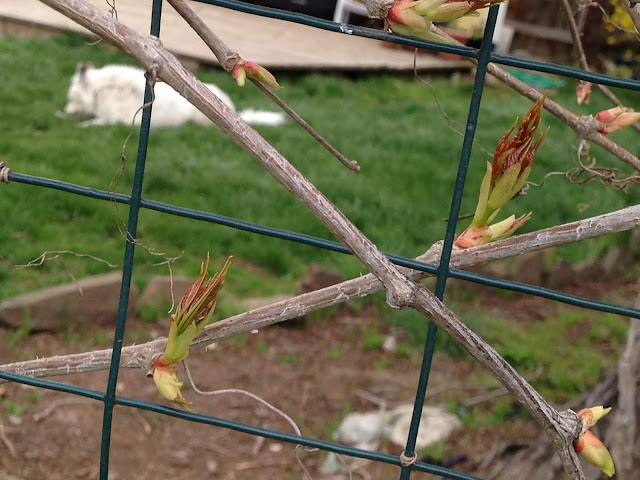 6 - This is my first year growing anemone blanda, and I'll say I am very impressed!  The flowers are incredible, and last many weeks.  To see the flower buds emerge fully formed and ready to open from underground was awesome!  Literally awesome.  Now, they are forming seeds, which are amazing me as well!  They seem to be bending over to go back down to the soil!  They look like berries. 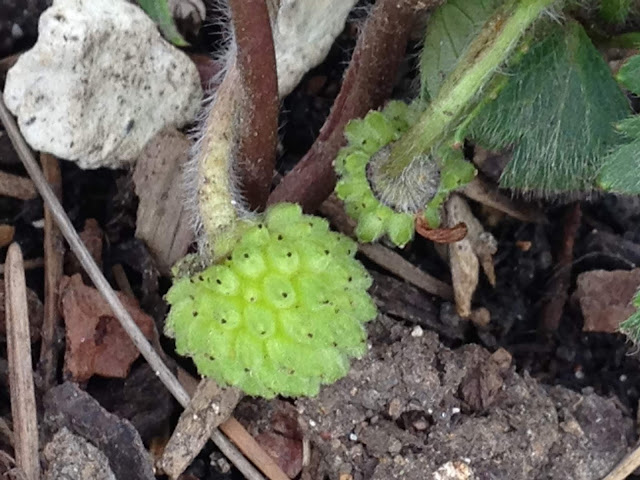