Garden Bloggers' Bloom Day sneaked up on me this month!  I looked down at the date on the monitor (knowing full well it was the 14th, since that's my birthday!) and received the ridiculous (since it shouldn't have been one) surprise that it was going to be the 15th!  Well, of course it was, that's the way EVERY month goes, the 15th comes after the 14th, and that's always the day of Garden Bloggers' Bloom Day!

Thanks to Carol for hosting this every month.

There is still so much in bloom in the August garden.  Sure, some things are done, but so much has taken the places I don't even notice.  For instance, in the Pollinator Garden the Clarkia is gone, flowered, seeded, been pulled out.  But, the cosmos and black-eyed Susans have replaced them.

Instead of scarlet flax I have some type of pretty little beebalm.No, it isn't, it's wild basil! I did have seeds, so I must have either tossed some in this bed, or dumped the non-germinating Wintersowning jug out. 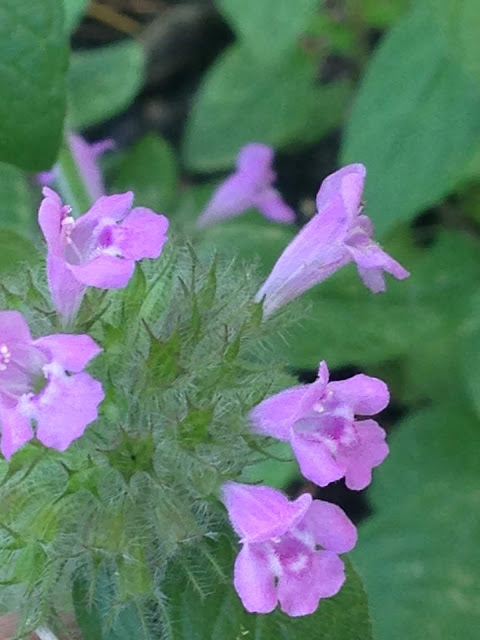 The plains coreopsis, Up Tick™ coreopsis, and lance-leaf coreopsis are blooming non-stop.  I am letting the plains go to seed, saving some, scattering some in the Toss Garden, and letting most fall where it may.  I deadhead the others because they are perennials and I don't need more.  They can concentrate on making flowers instead of seeds. 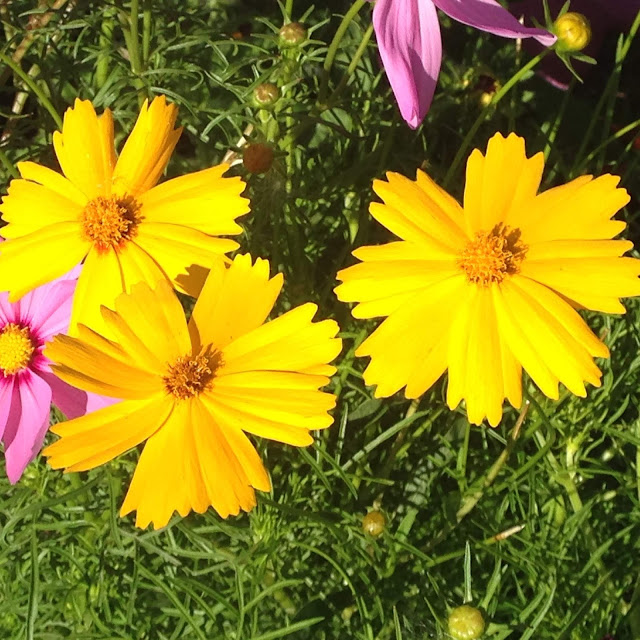 For some reason the alyssum caught its third wind. 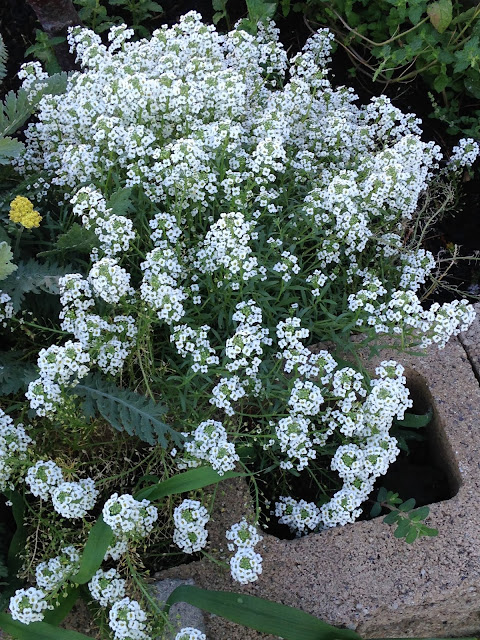 Sunflowers of course!
I planted several colors other than this, but all the flowers are this.  That's okay,
traditional sunflowers.  One is 10' tall, and it isn't even growing in the bed, it's a
volunteer from last year.  Of course, it is facing the neighbor's, like most are. 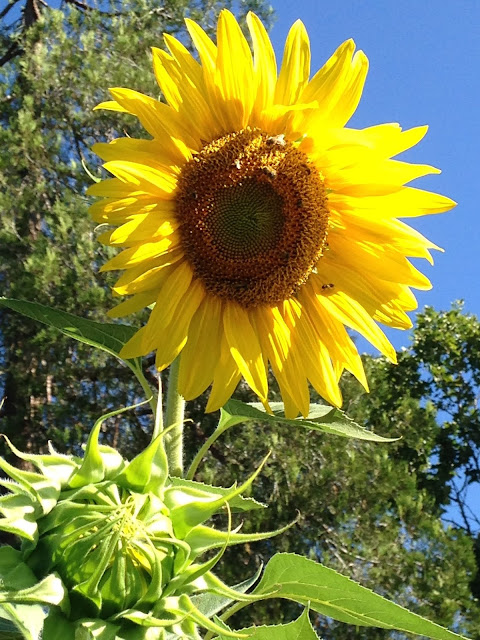 Nothing exotic, but I love the morning glories.  I prefer the usual blue, but I did
plant a mix, and have two other colors. 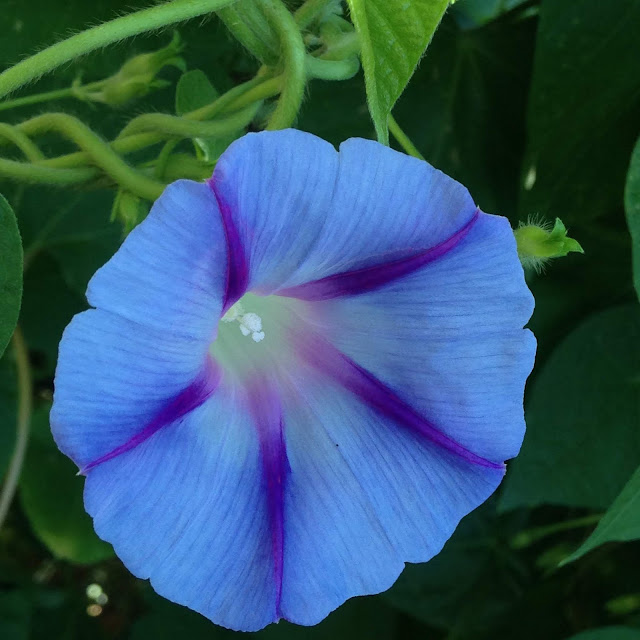 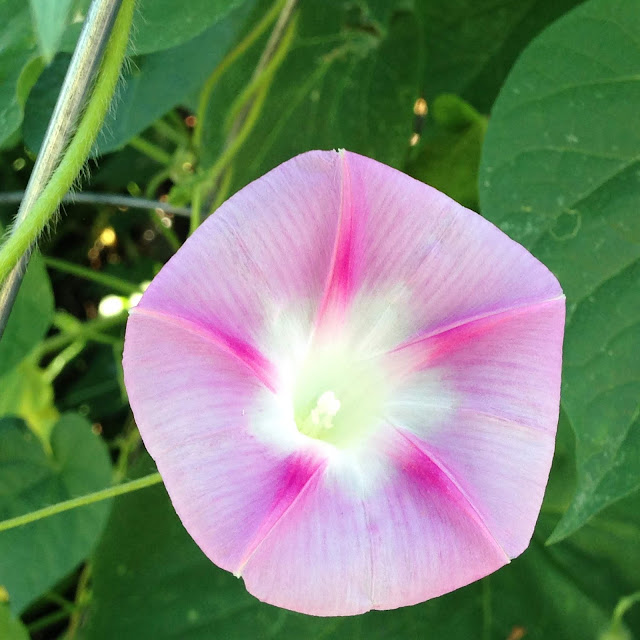 The narrow-leaf milkweed is flowering and its seedpods are already releasing seeds. 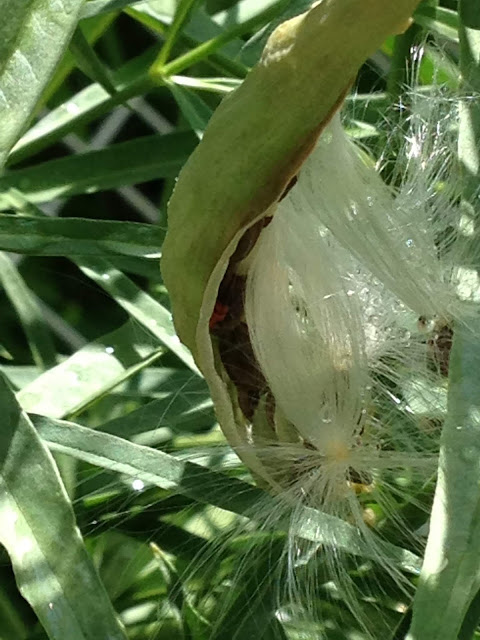 The Gay Butterflies butterfly weed is flowering too, but its pods are still tightly closed.
The photo below shows two that grew from last year's saved seeds that were just tossed on the edge of the Toss Garden!  I'll move them later in the year.

Right near the butterfly weed I found this annual mallow of some sort.  My Dollar Tree seed pack listed "mallow, annual" so this might be one of them. 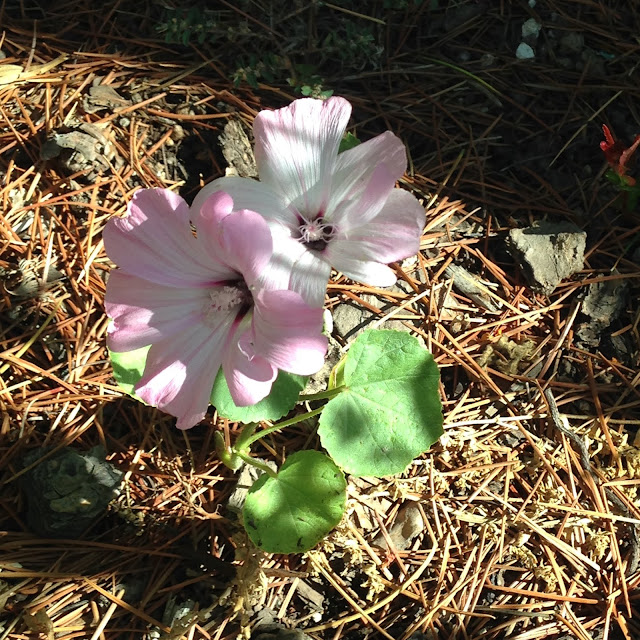 Borage is always welcome... in its place.
These are the grandchildren of the first plants of the season!  These later
plants keep to a nice reasonable size, and rounded shape. 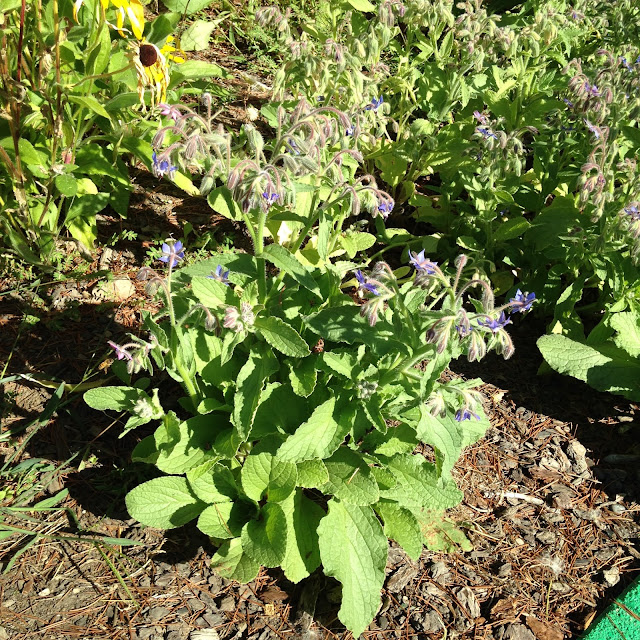 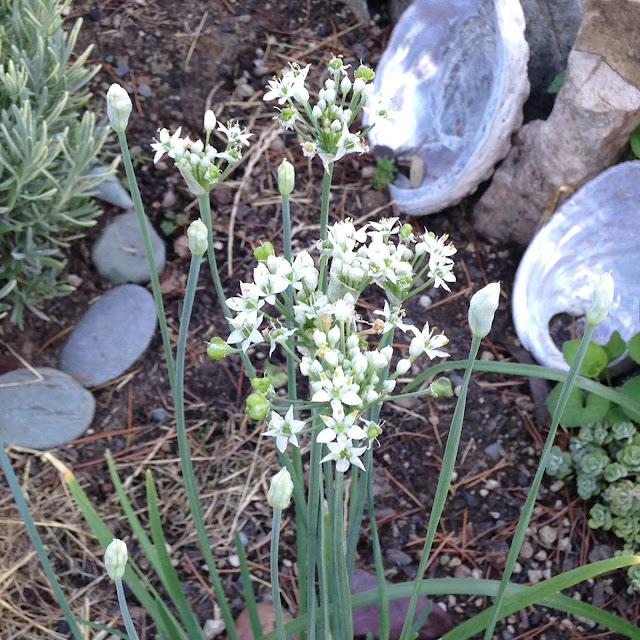 The feverfew came back to flower again after pruning way back.

Walker's Low catmint always has a second bloom after I cut it to ground level when the
first flowers die back. 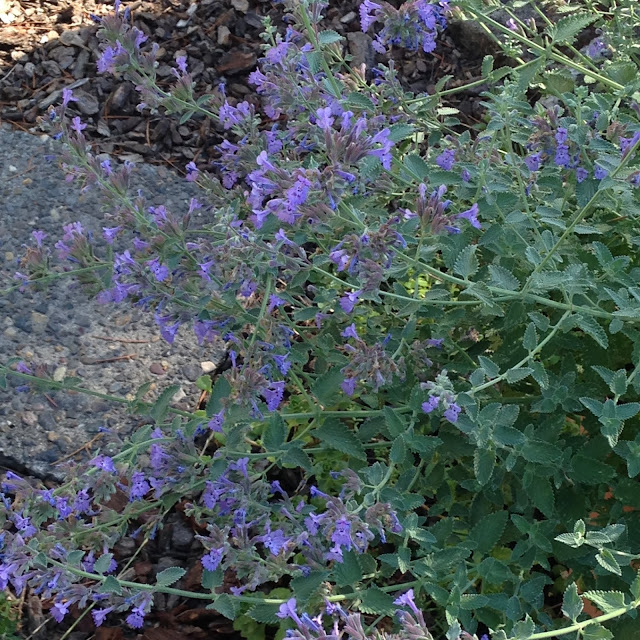 Lewisia has been flowering since I dug it out of the front yard and put it in a pot! 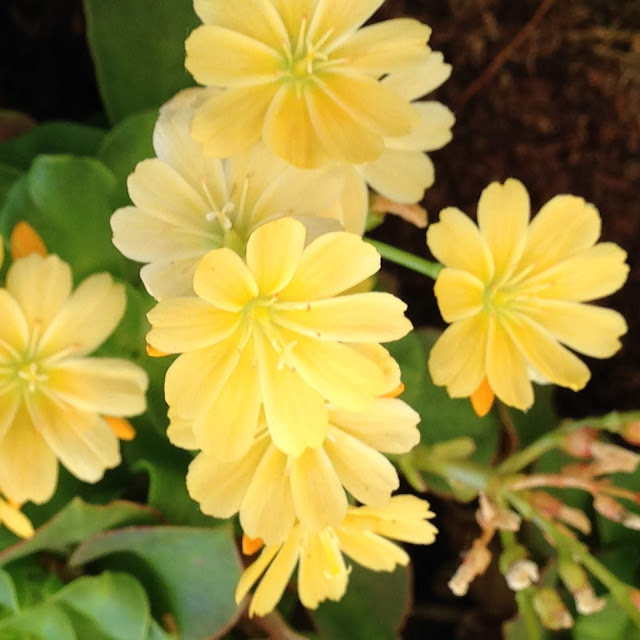 This has been a small representation of what is blooming in August.  August is my "big bloom" month!

I'll leave you with a  photo collage of the Pollinator Garden.  It's from my Instagram, https://www.instagram.com/lisasgardenadventure/?hl=en
where I post daily gardening photos, with a few pets and thrift store finds thrown in! 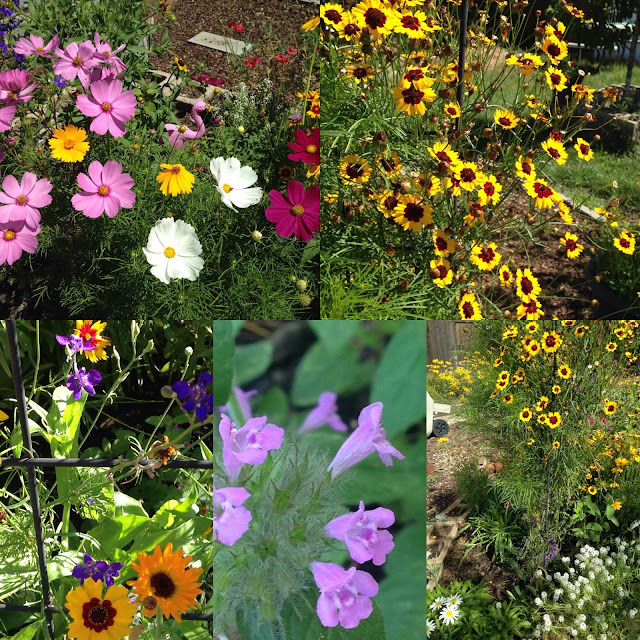