Well, it's summer, so hot weather should be expected!
Fortunately the nearby wildfire, while not out, is contained, and not affecting my valley any longer.
Which means more outside gardening, until today, when it was much too hot!
Early yesterday, or as early as I figured was okay to start up the mower, I got the lawn and grass areas mowed.  That had been put on hold much too long, using the smoke as an excuse!

I had quite a nice surprise yesterday.  The wisteria is blooming for the second time!  It had a small bloom of pale, nearly white, flowers back in April.  Now, it's covered with darker purple blooms!
I never noticed them earlier because I wasn't outside longer than I needed to be to water recently. 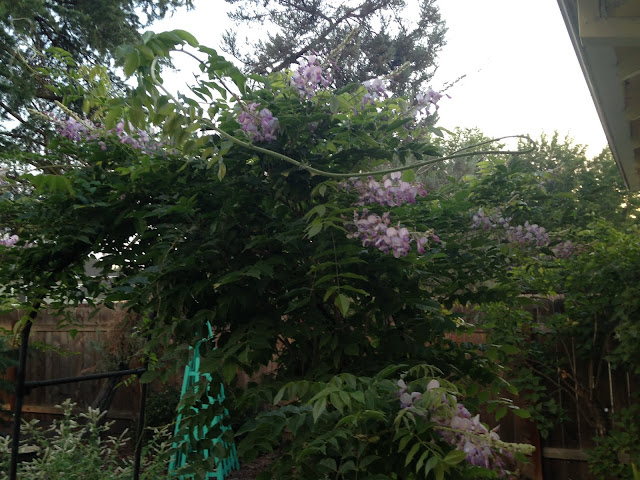 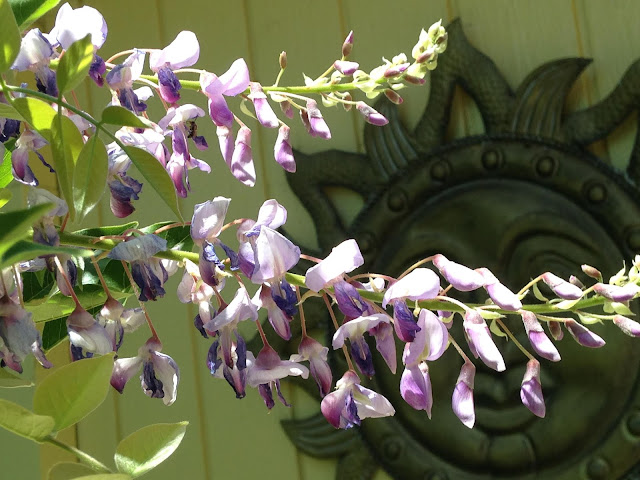 Early Girl tomatoes are beginning to ripen.  I've eaten three so far.  Early Girl really isn't the
best tasting, but it's reliable, and I felt more like easy, reliable tomatoes this year than something new. 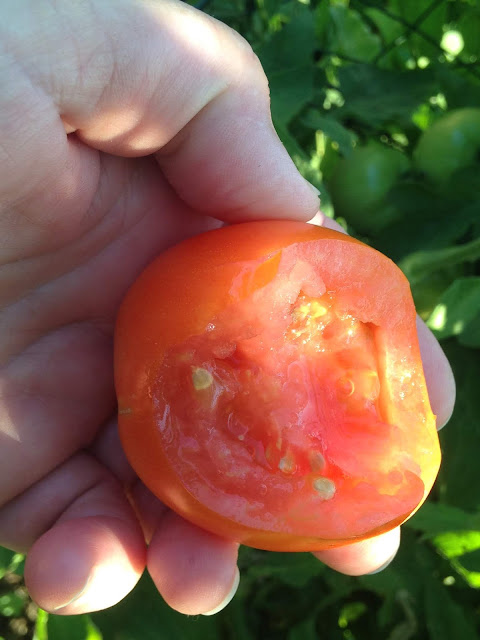 There are so many green beans we eat them daily!
There weren't a lot of peaches this year since I pruned the tree way back to try to get it
to grow upright.  Last year the peach load caused branches to bend to the ground, and most branches were on one side of the tree.  Hopefully next year's crop will be bigger.  The few were huge though! 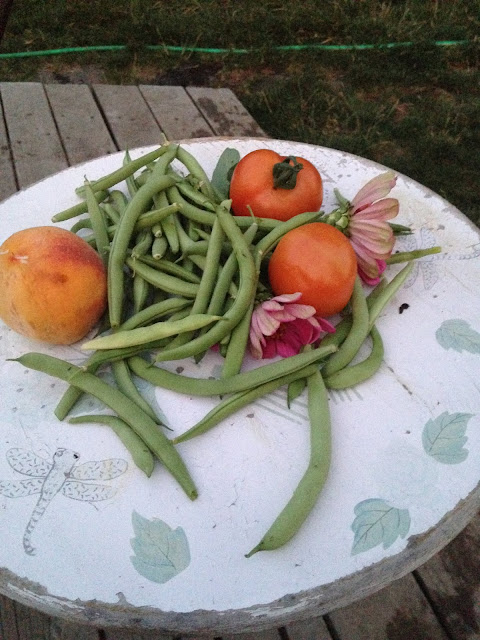 I picked an artichoke! Well, not so much picked it cut it, you can't pick those sharp things!  It's a Green Globe, from Project Purity Seeds, which I Wintersowed.
There are more on the plant, I'm not sure if the three other plants have buds or not.  I had to put an earwig trap in the bed, they were down inside the artichokes.  I didn't have any soy sauce (it's a cat food can with vegetable oil and soy sauce usually), so used teriyaki sauce, but the earwigs didn't notice!
Here is is, all prepared for cooking.  I debated whether to eat it or let it go to flower, but the unanimous thoughts on Instagram were all to eat!  There are a few more on the same stalk, as seen below. 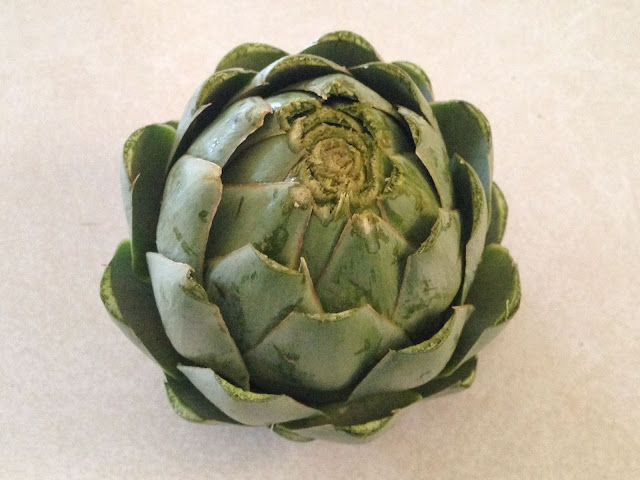 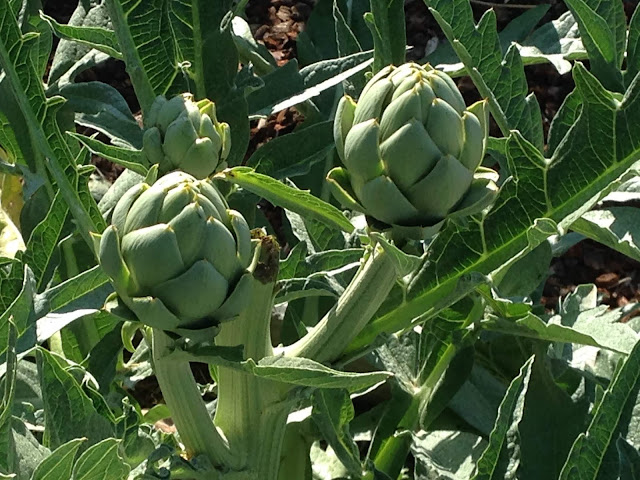 There is a teeny marble sized Blacktail Mountain watermelon, and a large pea-sized one I noticed also.  I have never had  melon success, so this may be one of the only photo you see!
Maybe it's even a bit larger than a marble! 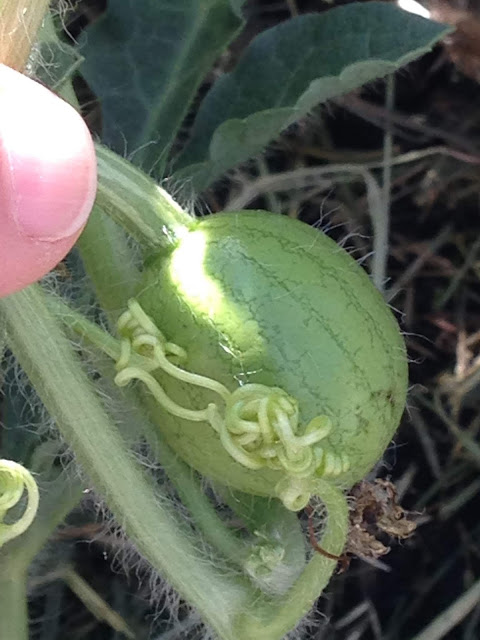 There was a really pretty sky tonight.  I stayed indoors most of the day, but came out in time to see the clouds turn pink as the sun went down at the coast. 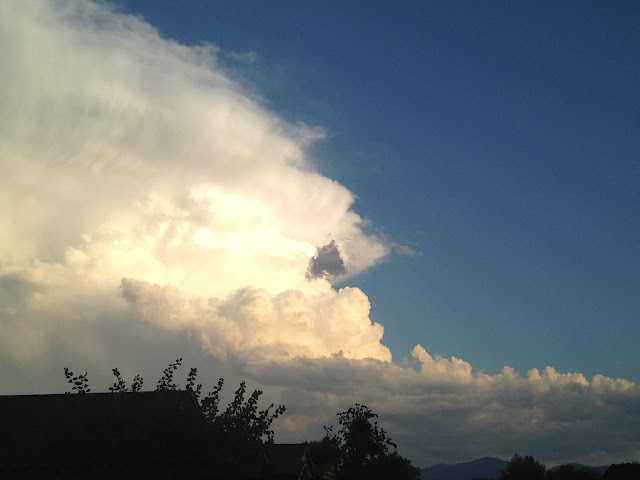 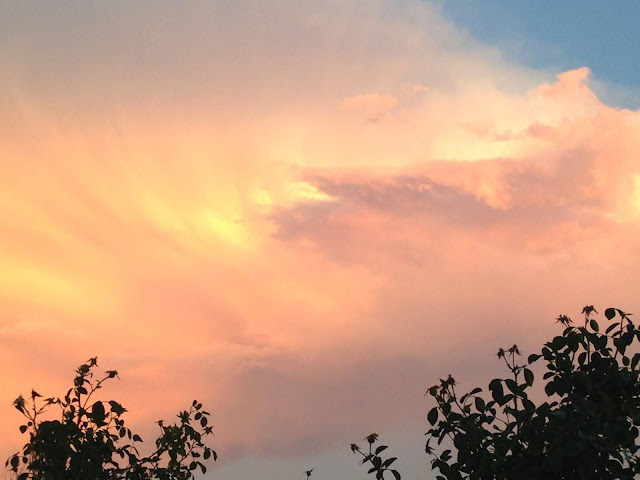 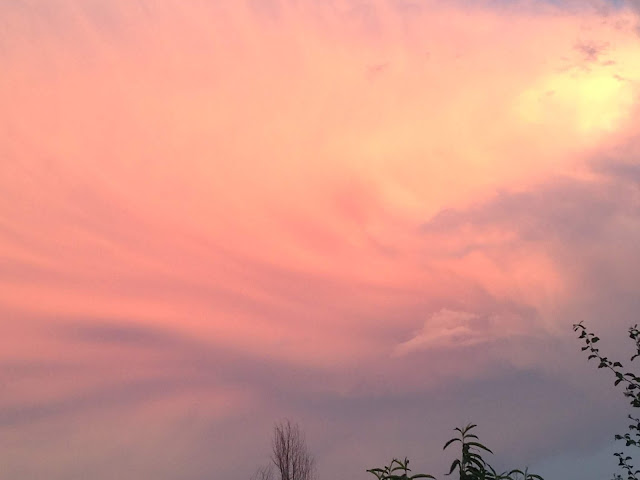 Picked up a nice brown terra-cotta pot at Goodwill.  It's some brand from Italy, but that's most terra-cotta! 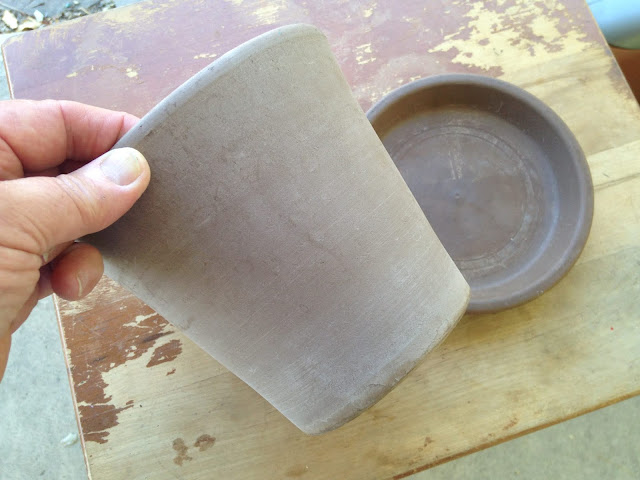 Also, and adorable metal lizard about 4" long.  For now he's on the trellis by the back French doors. 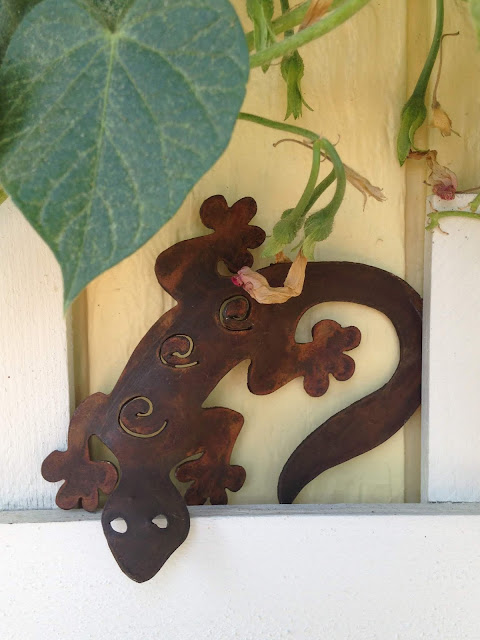 Unrelated to gardening (unless I'm to take it out onto the deck for tea) I got a Fiestaware teacup and saucer at St. Vincent de Paul.  The date codes are the second and third quarter of 1998. 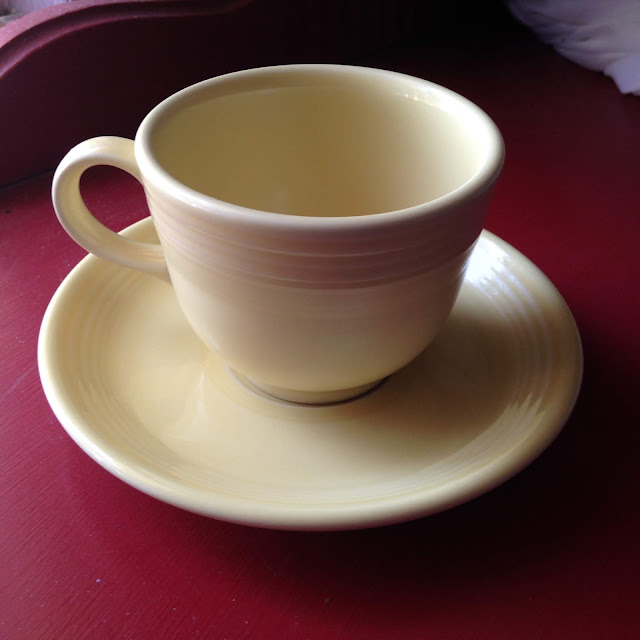 It was time to make origami seed packets.  I have quite a few different seeds sitting around in jars and bottle tops, so took the time to fold some scrapbooking paper into cute seed packets.  If you want to see how to turn a square of paper into a packet in five easy folds, click here...
https://lisasgardenadventureinoregon.blogspot.com/2018/04/o-origami.html 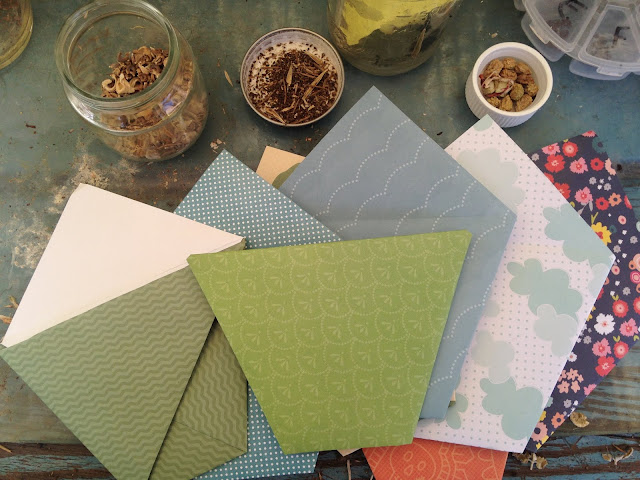 The fire pit's ready to go, but it's been too hot to use it!  Isn't that they way with barbecues and grills too?  I find even swimming pools are too hot on a really hot day! 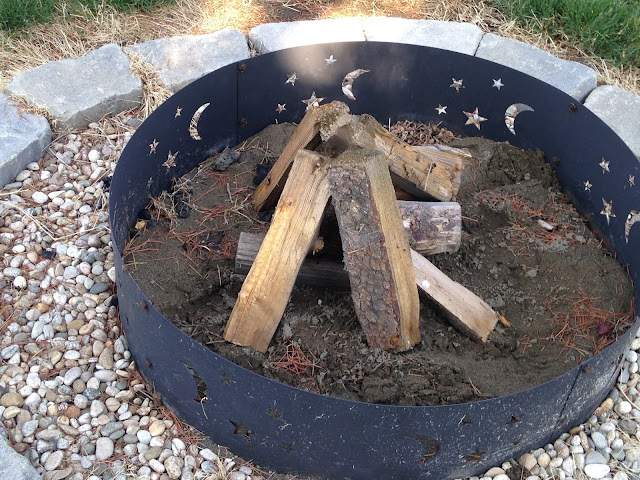 Maybe this week will bring lowered temperatures and more can get down than the necessary watering.
Have a great week!