Today was a beautiful sunny day, perfect for pea planting!

My peas this year are Sugar Snap peas from Baker Creek Heirloom Seeds (rareseeds.com).  I haven't bought their peas before, but the price was comparable to what I've paid before, plus they offer free shipping to the US, Mexico, and Canada!  Oh, they also throw in a packet of free surprise seeds!  For my pea order the purple basil was the free gift.

(As you can see, I bought some interesting other things.  Wormwood is for April's Blogging from A-Z Challenge W day!  Z will do double duty for Z day, and because I wanted to grow it anyway.  Covent Garden baby's breath is my favorite, it's not fussy and fluffy like the florist kind.) 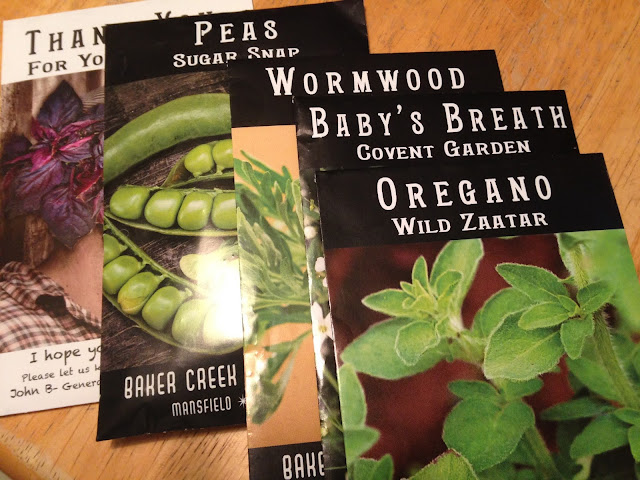 Previously I'd bought some new legume inoculant.  It came with instructions, and for years I've been doing it wrong!  Not when it came to dusting the peas in it, but storing the inoculent itself.  It has an expiration date!  My new packet expires at the end of this year!  More importantly, I guess, it is supposed to be kept cool, like in the refrigerator cool!  It's a good think I ran out, because I'd had the same package for years, and it was never cool!

What is legume inoculant?  It's a powder containing millions of nitrogen fixing bacteria (Rhizobium leguminosarum)!  It helps convert nitrogen in the air into a form the plant can use.  Ever wonder about those lumps on pea roots when you pull the plants up?  Those are "nitrogen nodules," and it's best for your soil to leave them be!  Don't pull out your pea plants at the end of the season, or at least, cut them down to soil level, leaving the roots.  If need be, plant your next crop between them.

So, I followed the instructions, which had me wet the peas (not soak like I'd previously been doing) and pat them dry.  The inoculant even came with several zipper bags, so I put a little inoculant in a bag with the seeds and shook it.  It was much less messy than in other years! 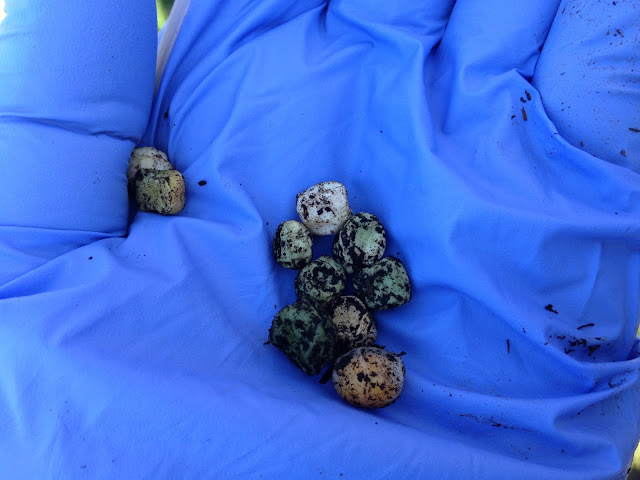 I wore gloves this year because it's messy, the ground was cold (in the shade it was still frosted), and because I place the peas in the bed and press them in with my finger! 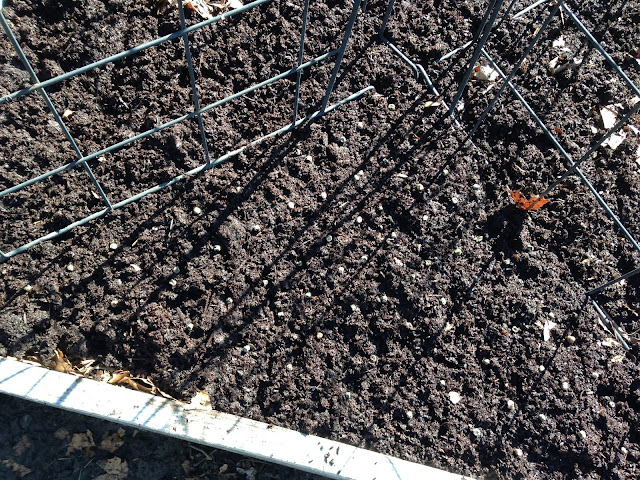 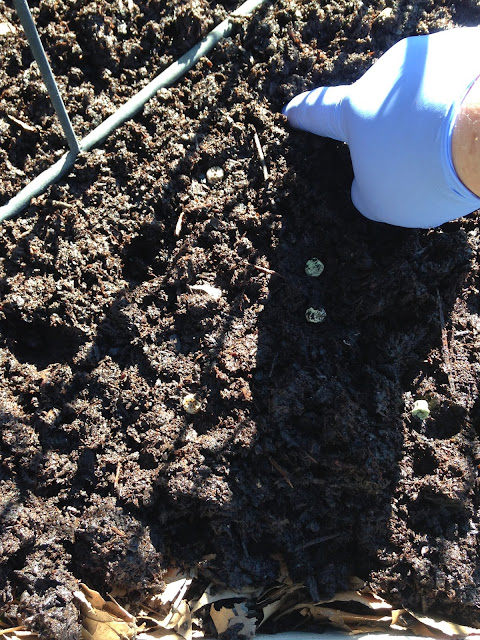 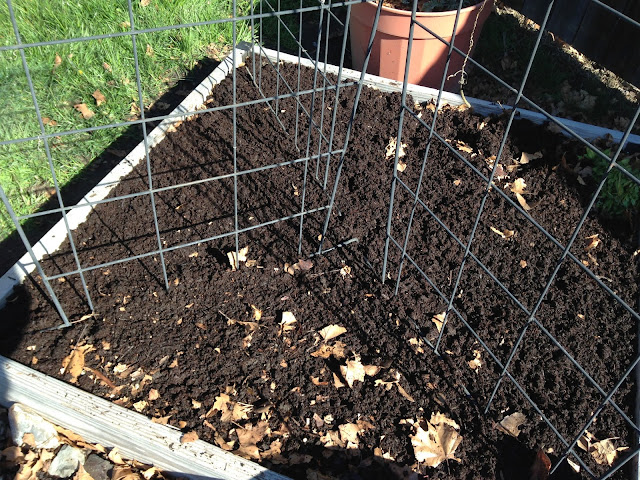 I did not water them in, the soil was damp enough.  In fact, that top layer over the leaves was a bag of raised bed soil from Lowe's at 1/2 off (broken bag) I spread out first.  The leaves aren't broken down yet, but they weren't last year either at pea planting time. By the time the peas were finished though, you couldn't see any identifiable leaf parts!

Boo "help" by nagging with his tennis ball.  Then, when too hot, moving into not just the shade, but the muddiest spot in the yard to sit!  I hate to face the facts, Boo's getting slower and older.  He'll be 10 in June.  He also has a growth in one lung that, when enlarged, presses on this trachea.  He's nearly cough free right now. He has medication to shrink it if the cough gets as bad as it was.  The vets aren't sure what it is, the ER vet didn't think it looked like an abscess (on x-ray), but his cough completely stopped with antibiotics.  It also shrinks with steroids.

As for now, he's a happy Boo, and runs and fetches without any troubles other than chubbiness and age!  I have the same problem! 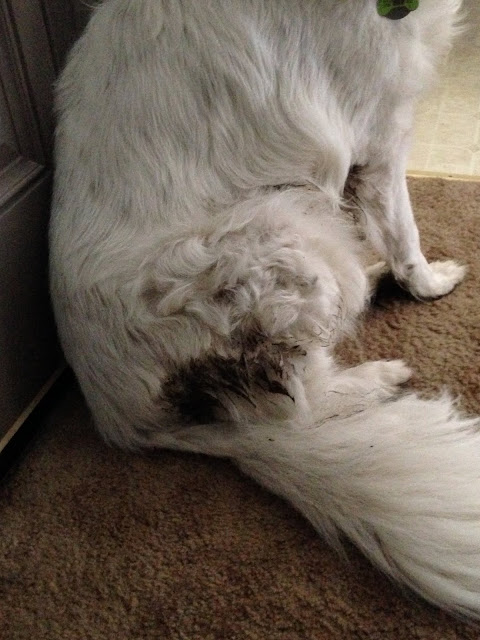