Six on Saturday, the weekend gardening place to be!

Another long week gone
and while the garden is growing like... well, weeds...  there
isn't a lot of excitement going on.

Pretty much how life is right now, not very exciting.
The only change here is the appearance of "Baby Cat," aka "Garden Cat."
No... another change is my daughter flying away back home later today.  She left her city weeks ago (months if you don't count the one day back to take care of business) due to isolation issues in the shut-down.
Now, who knows what she'll find, her city is still having ongoing "protests" not far from her downtown apartment.  It might not be safe, or feel safe, as it's a walk-everywhere area.

I put the cover on the butterfly chair (50's original my parents bought) and by the time I turned around to sit it was occupied!  "Baby Cat"  follows me around the garden, mewing almost too softly to be heard.  Not sure what he or she wants, unless it's to go home, wherever "home" may be.  I am getting the feeling "home" will end up being my house. "Baby Cat" has been here a week tomorrow. 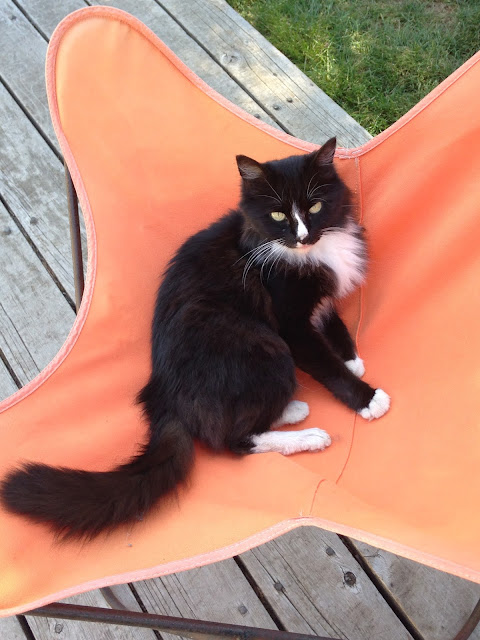 I am very pleased with my Dollar Tree gladiolas grown in Holland!  Six bulbs in a box for $1.
I wasn't expecting them to do much this year.  Again, the Dollar Tree bulbs and seeds have done amazingly well.  I have six each of Purple Rain and Jester.  This white is Purple Rain, which blooms purple, pink, or white. Yellow Jester is just starting to open. 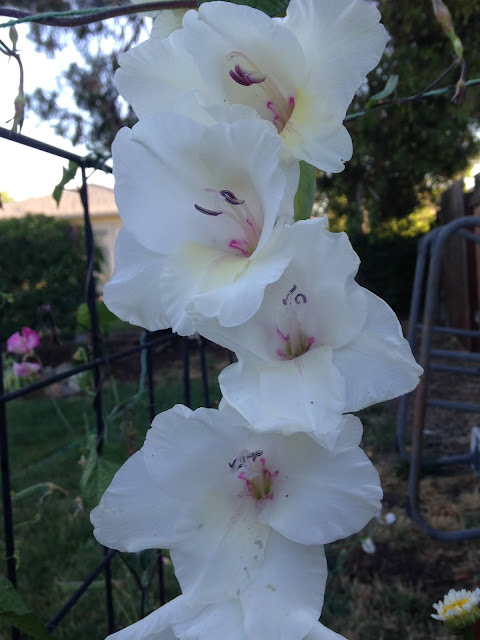 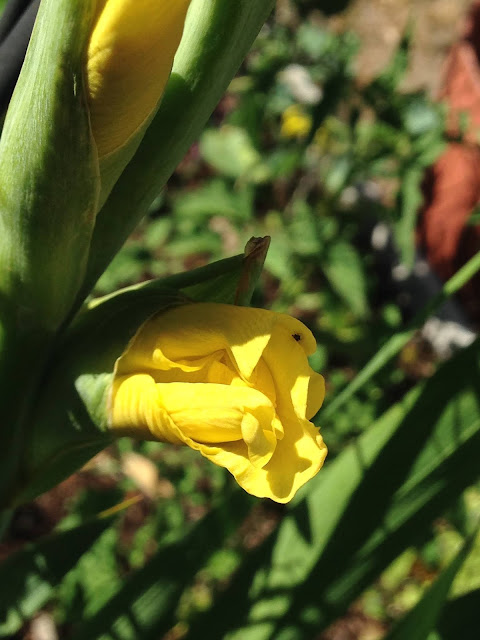 My second summer with rain lilies.  These are in the herb garden, and, like the ones last year that bloomed in the Pollinator Garden, open after the sprinkle has been on them.  In fact, these were buds and I put the sprinkle on just so they'd open for Six on Saturday!
These are from Winco, eight bulbs for $2.98.  They are supposed to be a mix of pink, white, and yellow, but I've only ever gotten the pink. 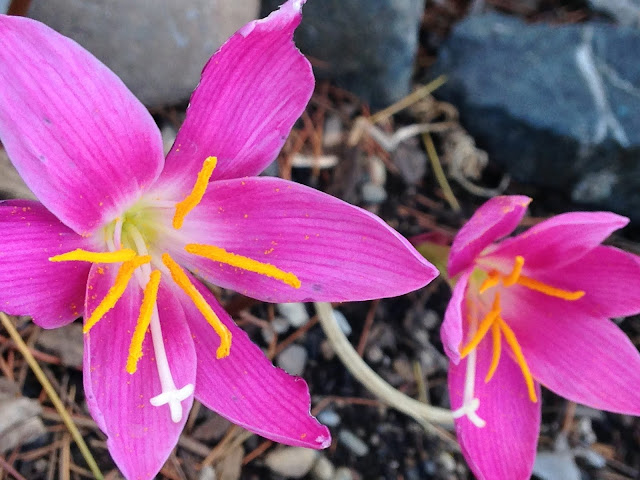 I am letting the artichoke flower, just because I wanted to see the flowers.
This is the top one right now.  An amazing color! 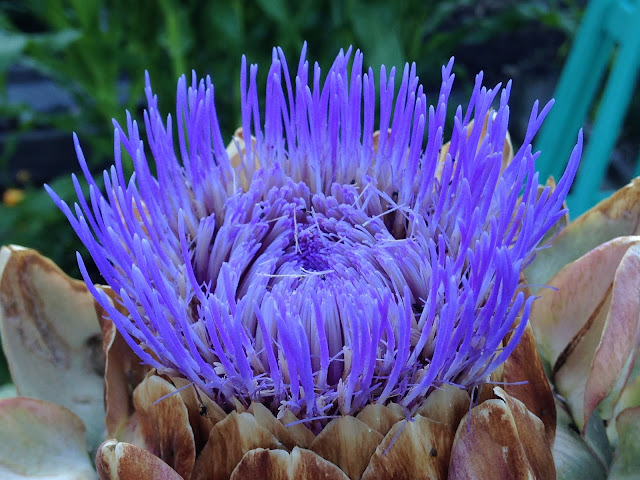 It's been touch and go with the bush beans.  I think they have finally gotten big enough to endure whatever is nibbling them at night, even when I surround them with diatomaceous earth.  They got fed a dose of my favorite, G&B Organic High Growth Liquid Fertilizer.  It smells like a tide pool at low tide, and is sticky with molasses and brown. 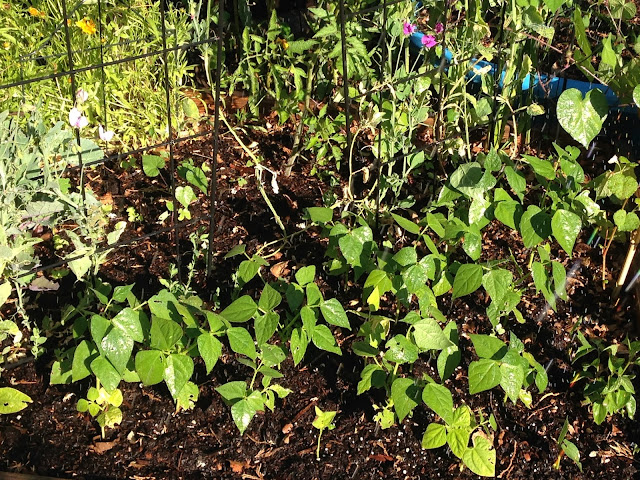 Another Winco success, and another eight bulbs for $2.98!  Would have thought a grocery store would carry such great bulbs?  These are so much nicer than I expected, the plants are big and are blooming in more colors than the box showed.  I will be getting several more boxes of there next year (they were planted in February).  The bees are just crazy for them too.
The poppies behind them have mostly gone to seed.  The coreopsis and gaura are going strong though, and there's also a 'Moonshine' yarrow.  My filling in with perennials is beginning to work! 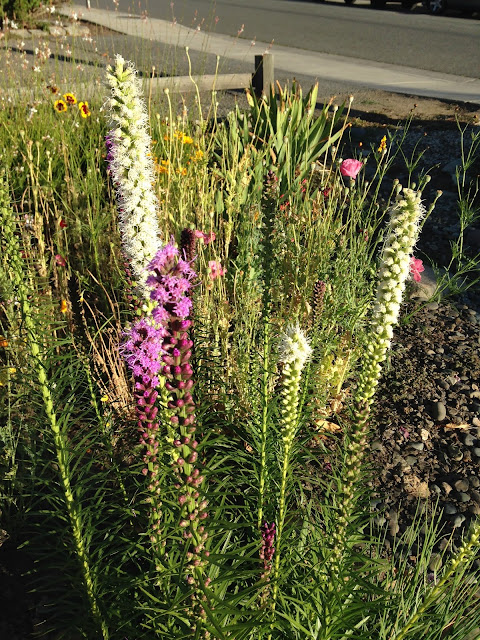 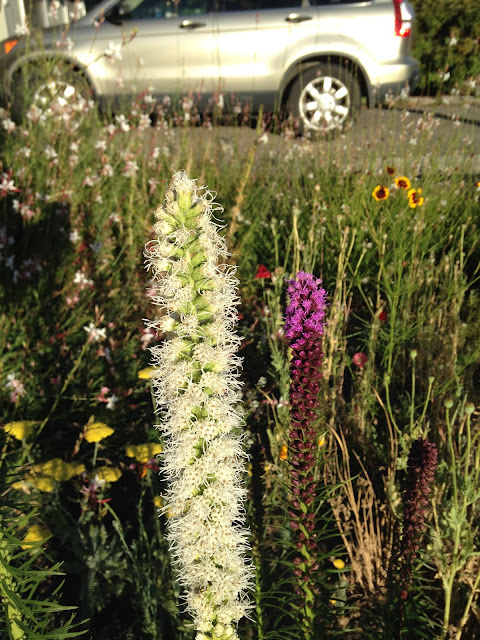 you can find dozens more (with some overlap) on the site

Top 100 Gardening Blogs and Websites for Gardeners in 2020