Clearing out the bamboo

The evenings are still too hot to do much, but late last week I was able to start in on clearing out that poor little plum tree shrub that's under a cedar and choked by bamboo. 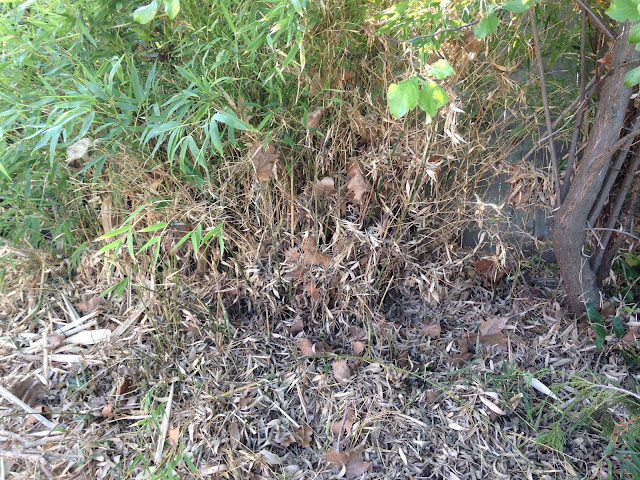 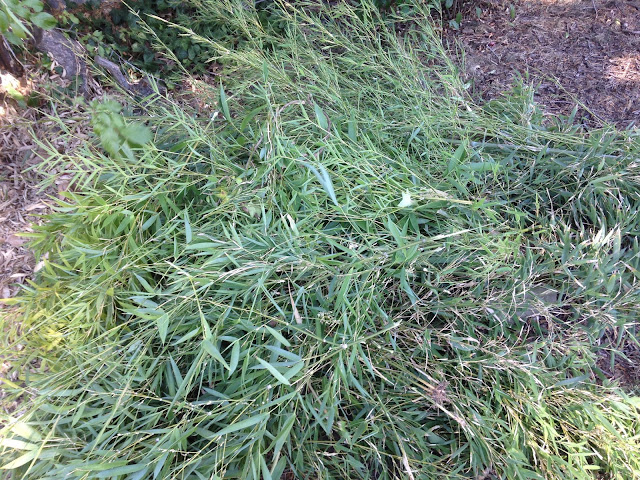 Got a lot out, and can now see how the fence in this area is just held up by bamboo and ivy!  You can't really see here, but it's leaning over quite steeply.  The neighbor would gain a bit of area if it were upright.
In 2011, before I moved in, I had new fences built all around the yard, but this part was inaccessible, so was left as is. 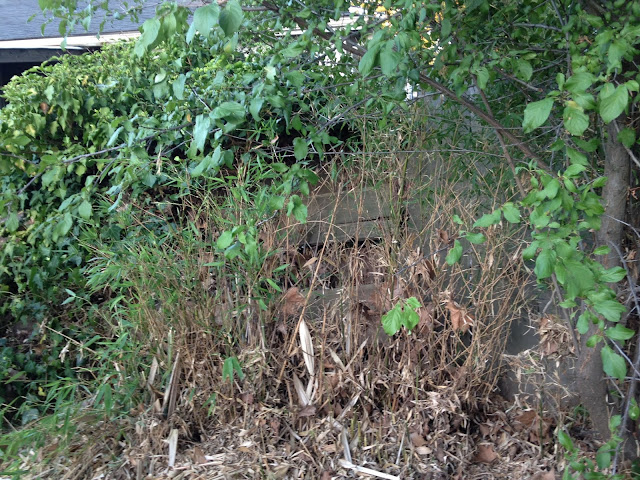 The shrub tree looks better already!
My son cut a couple of cedar limbs down.  A lot of it's still in shade, but it's an improvement. 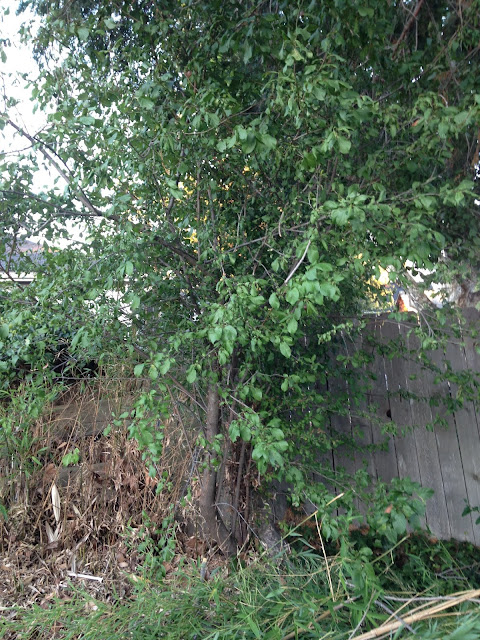 I did get some new bamboo poles to use in the garden out of it!
Baby Cat had to check them out. 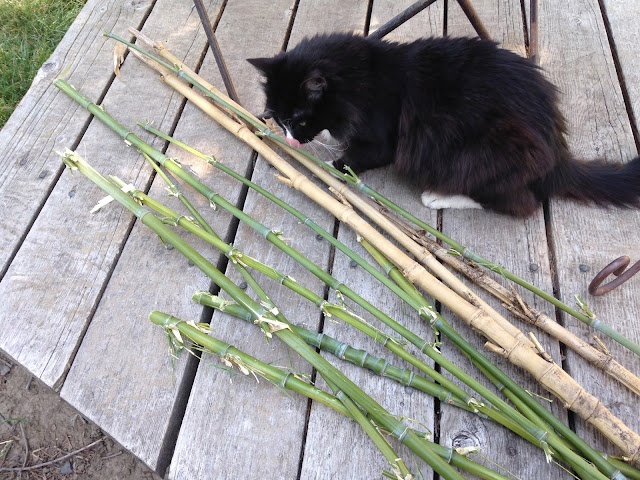 I also was able to get a ladder closer into the shrub tree and pick most of the remaining plums.

Just put the plums in a pan with a little water and a very little sugar, simmered them until they were mushy, pushed them through a strainer and simmered the pulp a bit more.  It's good! 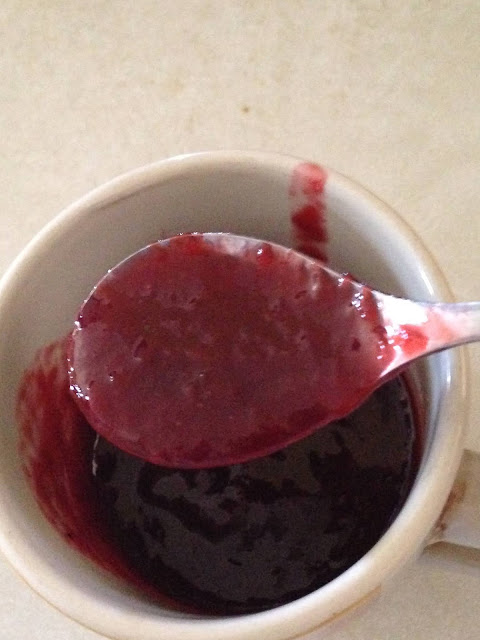 My next door neighbor told me just today that the former, and original, owner of my house told him, "You will always have bamboo," because she realized it had gotten away from her!

Also, never plant English ivy, which is actually banned from sale or transport in my state.