End of Season Clean-up and a Tasty Breakfast Treat

It's that time of year I get sick and tired of all the sprawling plants!
Leggy beans and browning corn, annuals gone to seed.  I just want it cleaned up!

I tore out the corn.
It grew very well this year.  Butter and Sugar was a very productive variety, several ears per plant.
But... not very tasty.  Very gummy texture.
So, I'll be looking for something else next year, maybe the Serendipity I grew two years ago.
Just bush beans left. 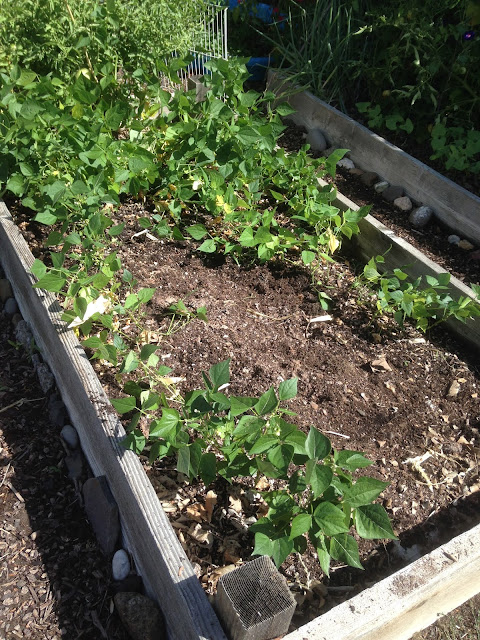 I also tore out one bed of bush beans, not the one above which is starting to produce very well, at long last.  The one I removed had plants that were not a healthy color, and the beans were wider, shorter, paler green, and stringy.
While I was at it, I took out the morning glories from this bed too.  That was some job!
There's a wild grape and a white dogwood growing there at the edge of the bed.  They'll get transplanted.
The other side of the trellis has kalettes, different beans, a mystery tomato, a couple of lettuces for the Guinea pig, a coreopsis, and some gladiolas that finished blooming. 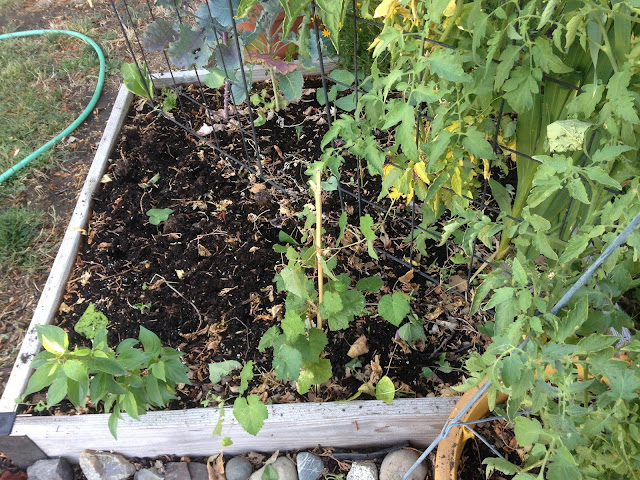 A couple of the purple coneflowers had plenty of spiky buds, but no petals ever formed, so I cut them completely off.  Except the plant has its new growth already going on, so I'll give them next year to redeem themselves before I dig them out.
A lot of perennial coreopsis was cut back from here too. 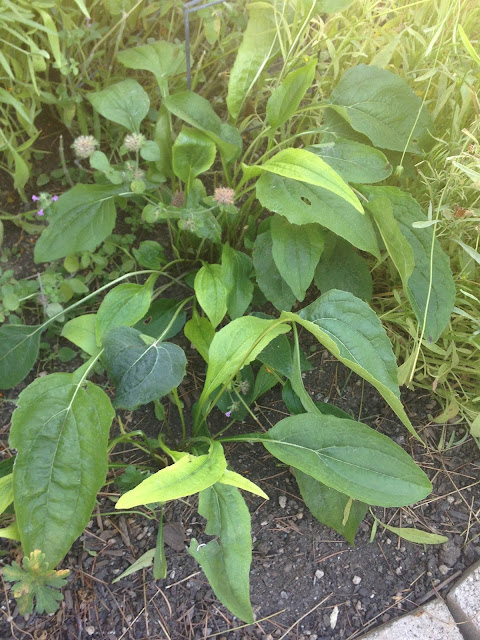 Frozen blueberries are always nice to have ready to go, whether from your own bushes (like these), or from the store.  I made muffins yesterday.  I don't bother thawing them first, they hold their shape if you put them in frozen.
The recipe (they are not overly sweet muffins) is found here,

I still have one of those original Blue Crop bushes, but the others suffered during some hot smoky summers and I put them out of their misery.  These here are from Draper and Jelly Bean®.  Draper I bought in 2013, Jelly Bean® in 2017.  This is the first year those two were in the ground, in a raised bed, and they liked it! 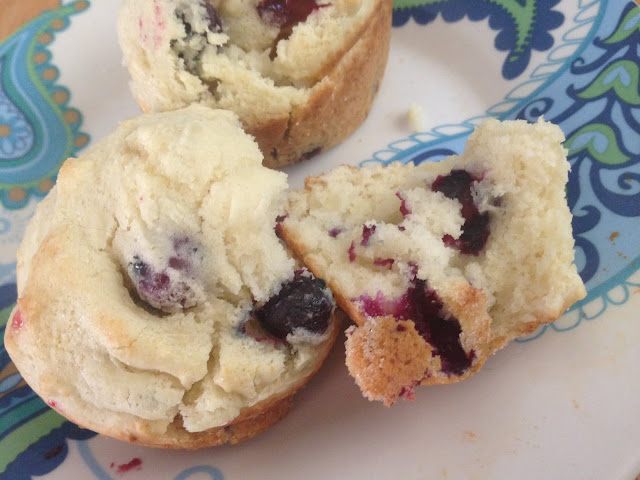 I should go out and enjoy the day, with temperatures reaching only into the upper 80s.  Here's the forecast for the next week. Yes, the 100s are back, and yes, that says 111 degrees!