Sort of, in that my son and I drove around looking out the car window to see if anyone had any small dressers.  It was the local city-wide sale, which, in my opinion, should have been cancelled.  But, it looked like few participated either as sellers or buyers.  There were no small dressers.

We pulled over for just one, in a mobile home park, that had Shawnee pottery items on a table.  I put on a mask, and took a look.  I was the only one there besides the homeowner, also in a mask.  The Shawnee was fairly priced, but not low enough.  On a different table though, I found these treasures for just 50 cents each! 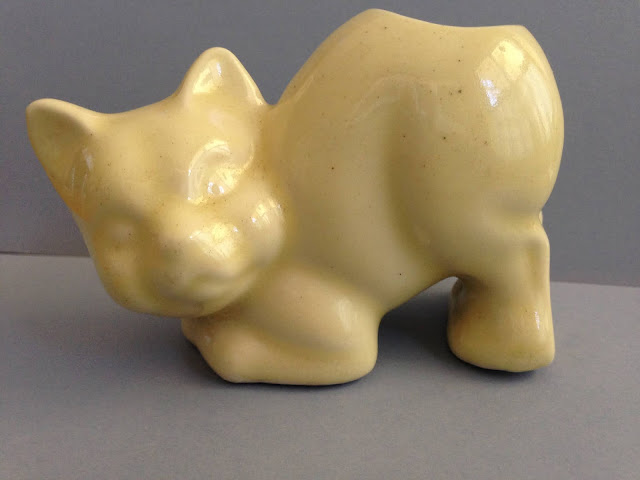 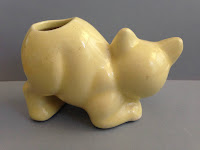 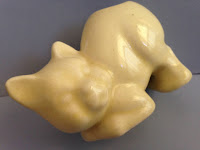 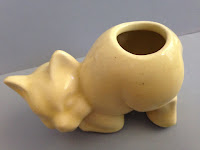 Morton Pottery cat cactus planter from the 1940s.
Morton Pottery was actually several pottery companies in Morton, IL.  Six German brothers, the Rapp family, began firing in 1923.
This piece is in absolutely wonderful condition.  Let's see if I can keep it as pristine as it's been for the last 80 odd years!  No chips, no cracks, no crazing, no dirt inside.

Then, a small cast iron borzoi, or Russian wolfhound.  I know nothing about it, having only found one like it online, with no details given.  For some reason, borzois seemed to be quite a popular breed for cast iron doorstops!  This, of course, is just a little guy, 1 1/2" high, not a doorstop. 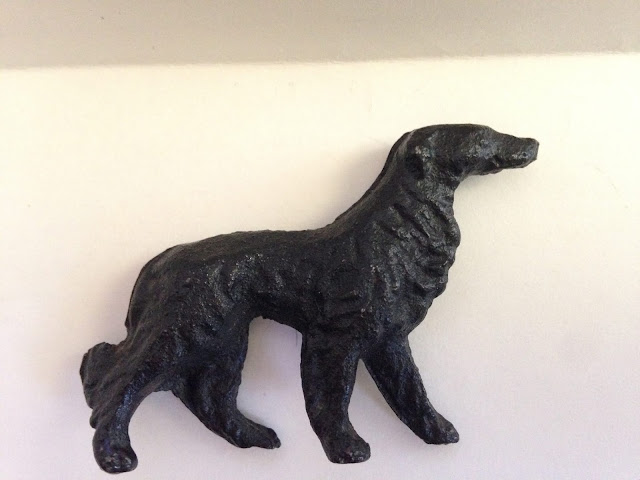 On the way home we passed a "free" sign and snagged this outdoor table.
Here it is all cleaned up and sporting the night's harvest, including quite a few Masheka and Marshmallow in Chocolate tomatoes.  Just between the two of us, Masheka is much better tasting. 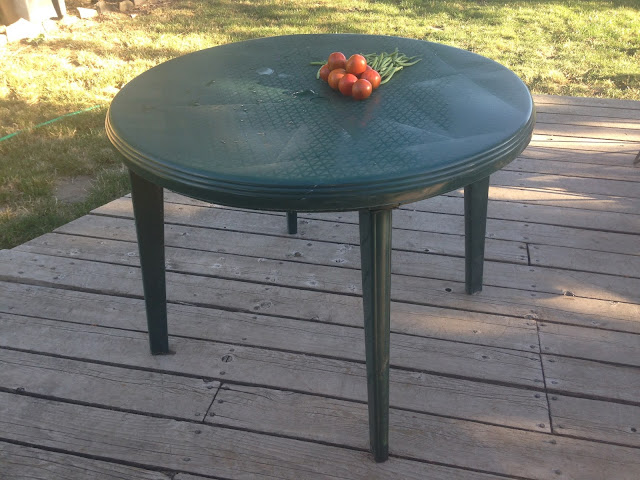 There may be a follow up to this post, if anything of interest is on curbsides tomorrow for free.
Incredibly, this was only my third time getting out of the car since April, maybe even late March!  Once I did half a grocery shopping list to hurry it along, and the other was a short trip into Walmart with my daughter.  Both masked trips of course.