A Dusting of Snow

Woke up Sunday to a light dusting of snow.  This is only my ninth winter here, but I haven't had even a dusting this early in the season before.  All my snow photos are from January, February, and even early March one year. The forecast calls for "frozen mix" a few nights next week, a mix of rain and snow. I sure hope it isn't ushering in an extra cold winter.  Last year the electric company representative told me to expect a "harsh" winter, and it was mild.  Maybe this will make up for it.  At least I have nowhere to go!

My son asked, "Are you sure it isn't just frost?"  Yes, I made sure, I went right outside and checked. 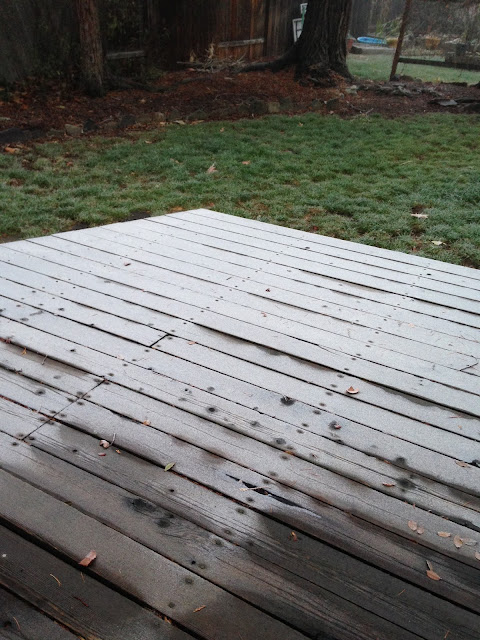 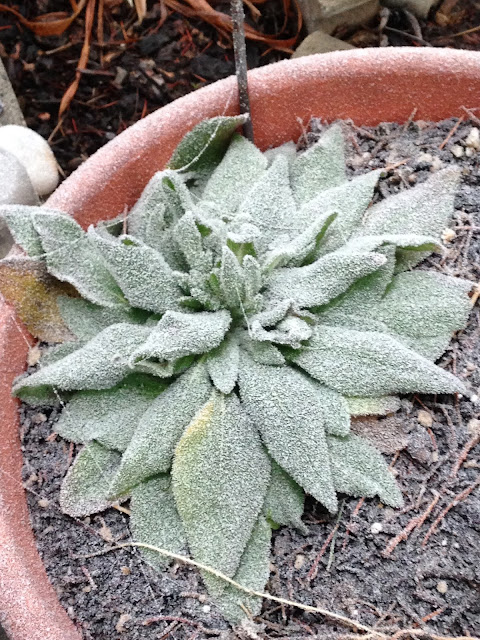 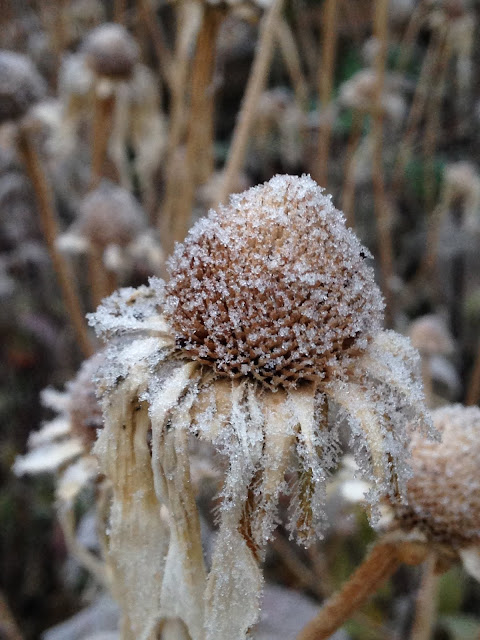 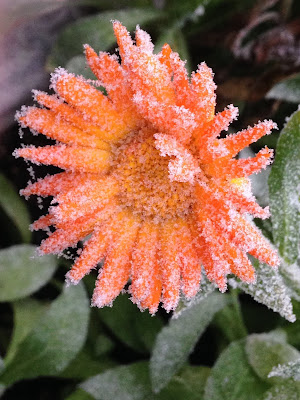 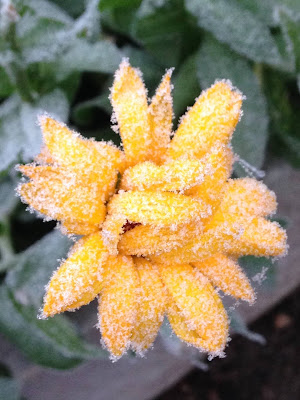 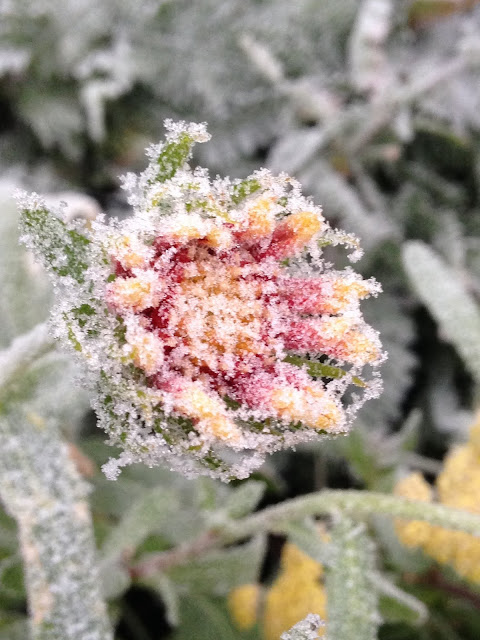 Dainty prints of Baby Cat (who turned right around and sat at the door in a cold huff of cat.
And not dainty prints of Boo, who loves the cold, the wet, the snow, and just plain life. 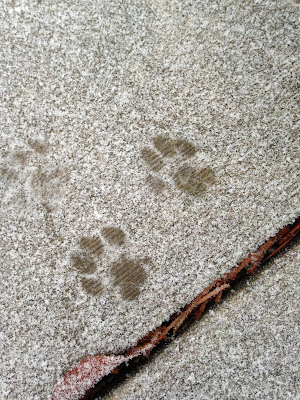 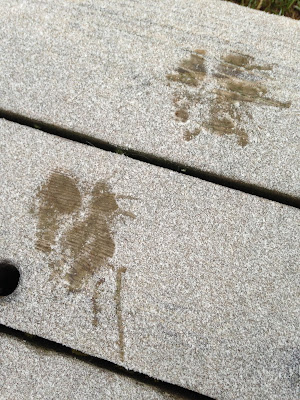 Glass ball in the herb bed 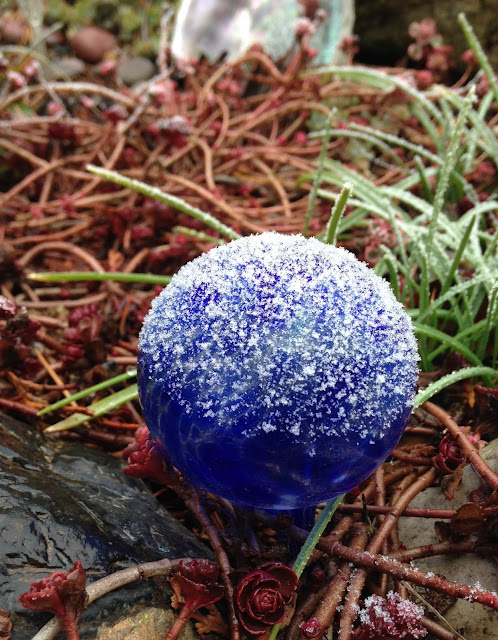 I don't notice the spider webs until they're coated in snow! 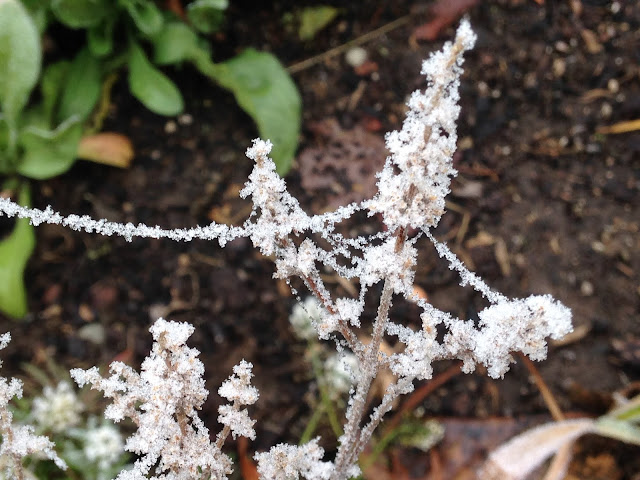 Nothing to do with snow, but it counts because I use it cook produce from my garden, I'm quite pleased to have a "new to me" range!  The old one came with the house, two burners didn't work, and the top got so hot, really, really hot, when I used the oven it would burn me if I touched it.  Not safe! 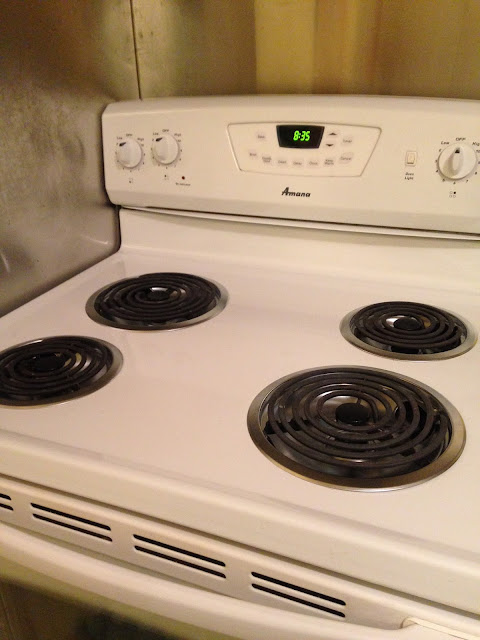 Keep warm and keep safe.  Keep wearing those masks.  I barely go out, just half the grocery shopping (cut the list in half and share with my son, it makes it quicker) sometimes, which I am now quitting, but we needed a new cord (old house - 3 prong outlet) so the ONE time I go anywhere else I run into a rude unmasked couple!  The man actually called me a "sheep" when I said something to the employee about mask wearing mandates! He and the woman he was with are the problem, and why Oregon, just a few days ago, went on a two week "pause" where some things shut down again.  It's not that big a thing to wear a mask.  It's public health, not politics.