Here we are, at the end of November.  The weather has gotten very cold.  Nights regularly below freezing (oh, dear, I remembered I forgot to take the hose in) and the days next week not even reaching 50.  That's the forecast anyway.  The rain has stopped, but it's too cold to do much outside anyway.  I go out once a day to clean up after Boo, take a look at things, maybe pluck some dead foliage off, and come back in.  Some days Baby Cat doesn't even bother to come out with me, and if she does she races me to the door to go back in!
So, it's Six on Saturday time
https://thepropagatorblog.wordpress.com/2020/11/28/six-on-saturday-28-11-2020/
1 - Daylilies
The daylilies in the back are now cleaned up, which is good, as these three looked like a trio of dead Muppets! They've been given a layer of mulch. 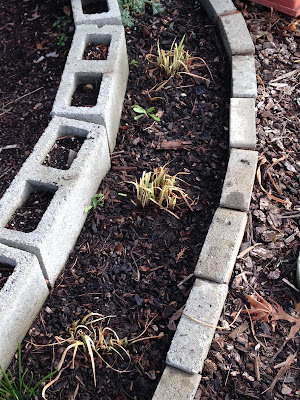 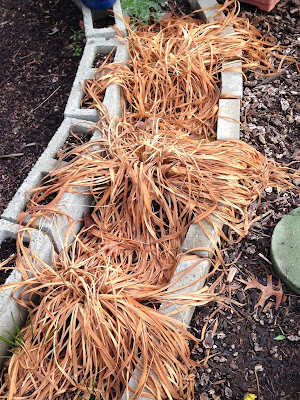 2 - Autumn Leaves
I don't have any big deciduous trees, just a few small sickly fruit trees, and shrubs that shed their leaves.  My big trees are evergreen.  So, it's not too bad to have the neighbor's leaves blow over to my yard.  They're quite pretty.  I think it's a sycamore?
The prettiest tree in the neighborhood, a white birch, was cut down the other day.  I saw that it was actually two trees, as there are now two gigantic stumps.  I kept meaning to pull over and take photos of the yellow leaves dropping down.  Now it's too late. 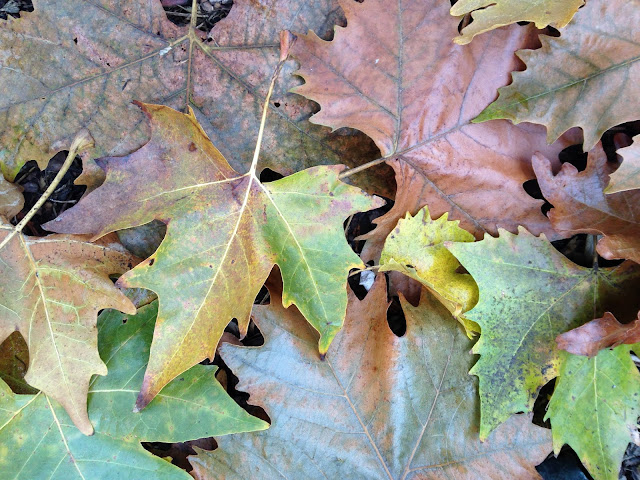 3 - Blanketflower
The blanketflowers don't seem to know how cold it is.  Or, maybe they do.  They are forming flowers which never really open, but are very pretty none the less. 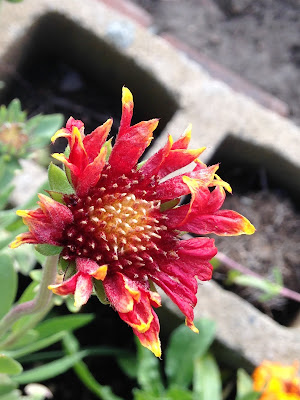 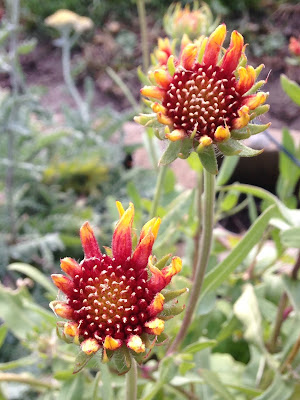 Do you ever take a photo and not see until you enlarge it for posting that it has a dog hair in it?  I do, and here's a Boo hair to prove it. 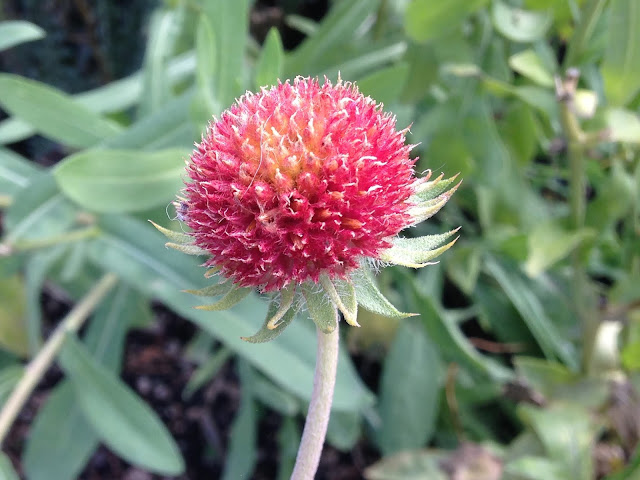 4 - White Flowering Dogwood
This is the dogwood I transplanted into the ground (far from the soggy part of the yard) in August is still living, and turned a pretty dark purplish color.  The pear I planted at the same time (grown from a seed) is still living too, but lost all its leaves and isn't much to look at! 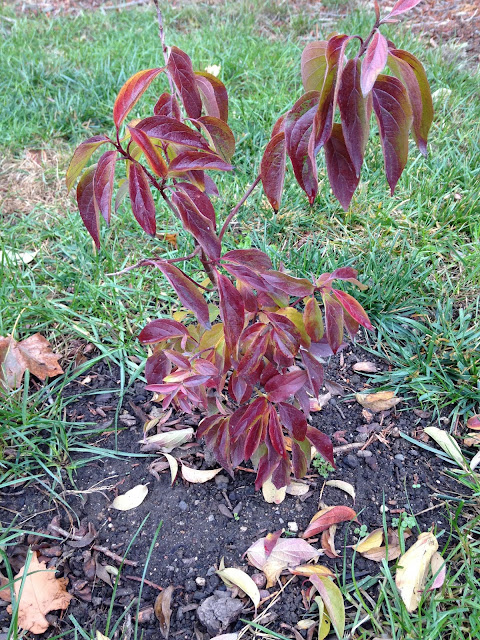 5 - Black-Eyed Susan
Another flower that isn't behaving as usual in the cold is this small flowered black-eyed Susan.  I'd stopped deadheading to let it go to seed, so it looks a bit ragged at the top. 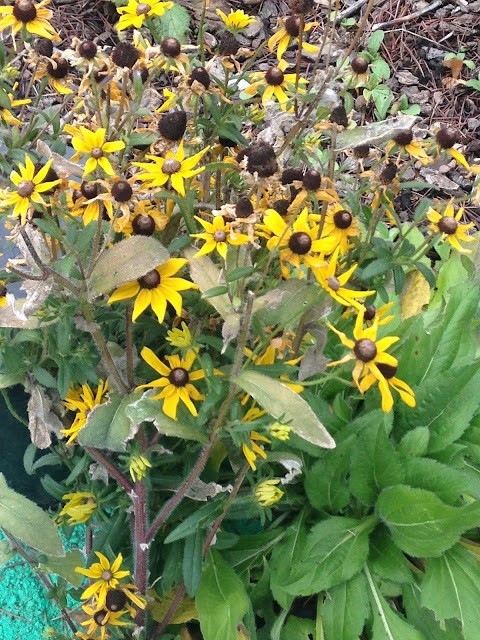 6 - Pilea Peperomioides
The pilea bought at Trader Joe's back in September 2019 has decent sized babies!  About time, I'd say.  There are four, and for now I'm leaving them in the mother plant pot.  I think that might be the last time I was in Trader Joe's! 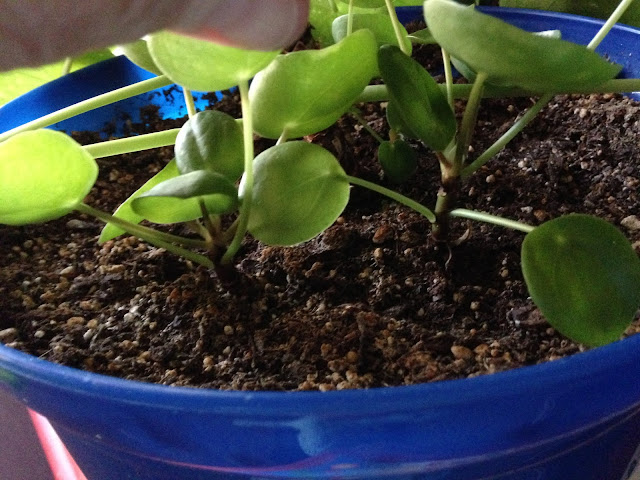 Enjoy your gardens, and keep healthy and safe.  Wear masks!  Even after we get a vaccine we need to wear them.  I didn't know that until recently.  The vaccine keeps us from getting sick, but we can still contract the virus and pass it on.  That sounds a lot different from the 'flu if you ask me!