Spring is here!  It's here on the calendar this week, and it's here in the garden now!  Right in time for Carol's monthly event,

It wasn't until weeks after Feb. 15 I realized I'd missed Bloom Day February.  Once I figured out what day Feb. 15th was I understood and forgave myself.  It was the day I had to have Boo euthanized. The garden is empty without him just being out there, not necessarily doing anything.

March is much better than February for blooms anyway.  Most of the photos were taken yesterday, before it started raining, because I knew it was going to start raining.  There are vinca flowers in the front yard, but I didn't get their pretty purple picture. 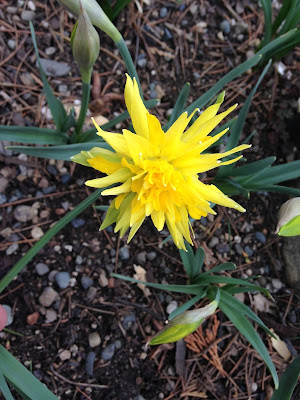 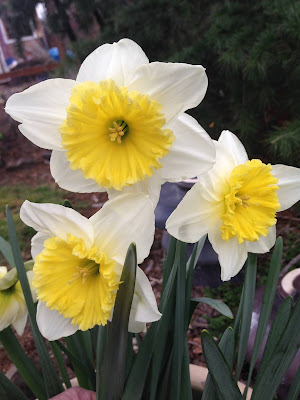 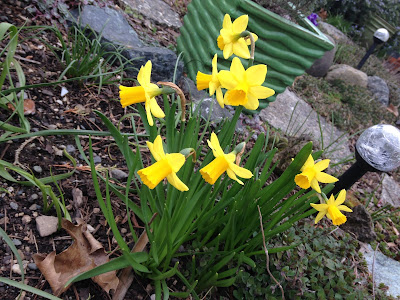 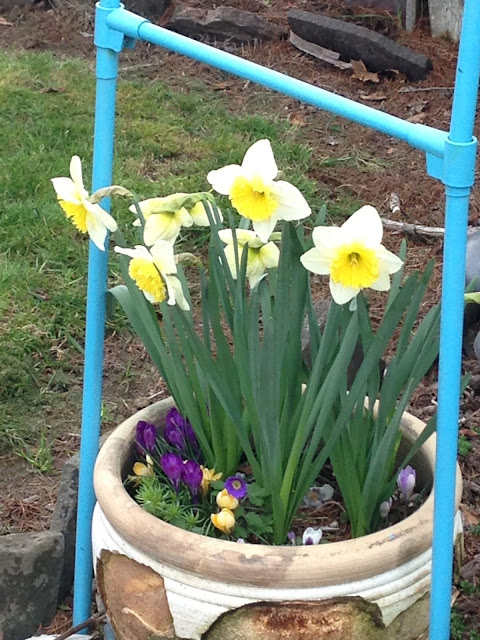 in a container on my deck.  A former co-worker's son grew it from a pit. 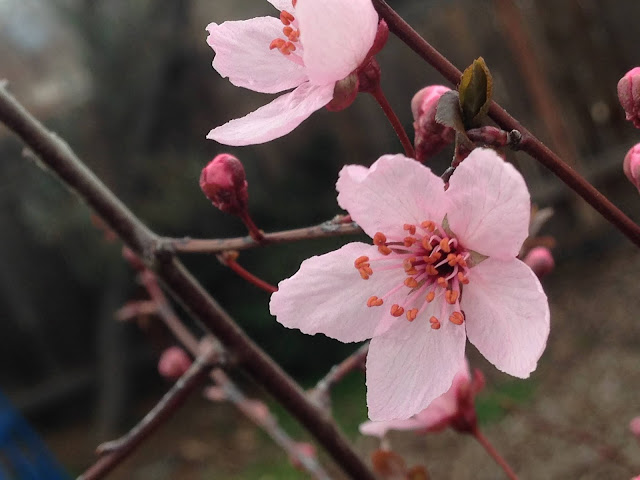 HYACINTH
One of the $1 I bought either last year or the year before at Walmart.  I really have the "which spring I did what or not" mixed up.  It's like there was never anything to the year after early March.  I traveled to Portland then, and after that didn't leave the house for months (other than yard and walks and driving to the store, no shopping myself).  Anyway, there's a hyacinth. 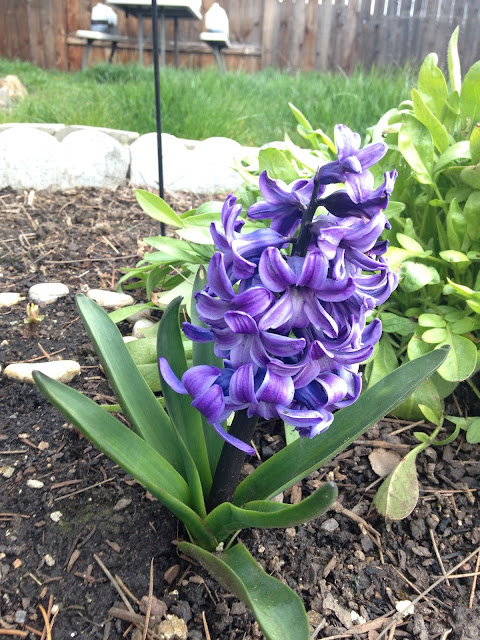 Same confusion for this another Walmart $1.  The new part of the bulbs are blooming creamy colored.  That's wild basil behind it, not a basil at all, but a lovely hardy perennial with lovely purple flowers.  These are in the herb garden.  Those tulips are some of the ones I won. 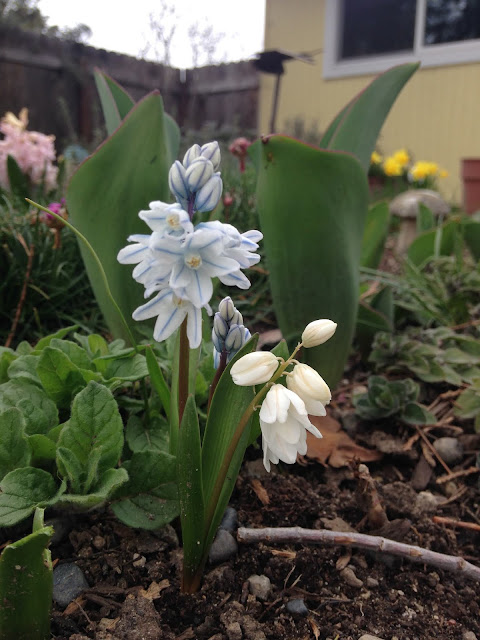 Transplanted from the front yard a few years ago, these are also in the herb garden. 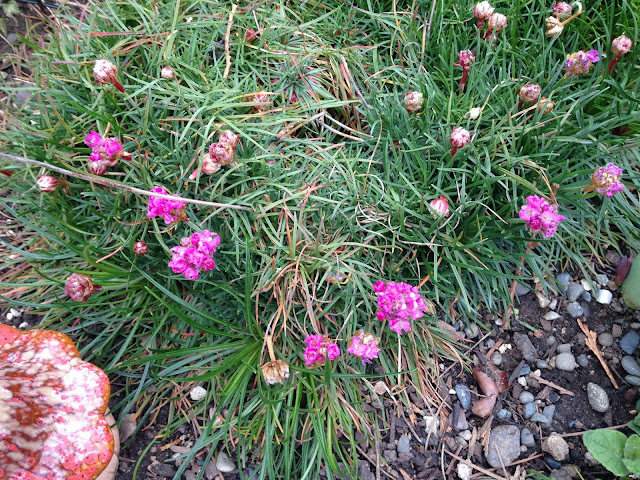 In the herb garden once again. By the time the herbs have grown back from dormancy the bulbs will be gone. 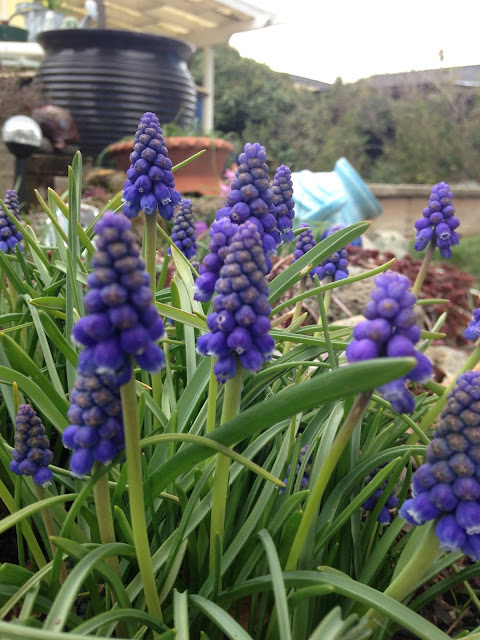 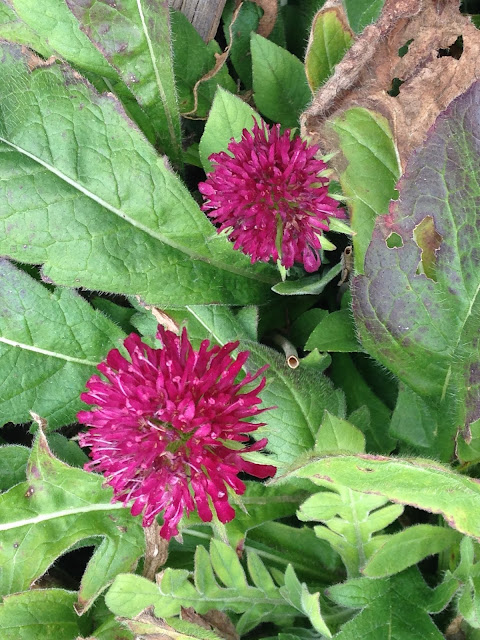 Several of the calendulas have started blooming, or never stopped, but they were closed yesterday because of the clouds. 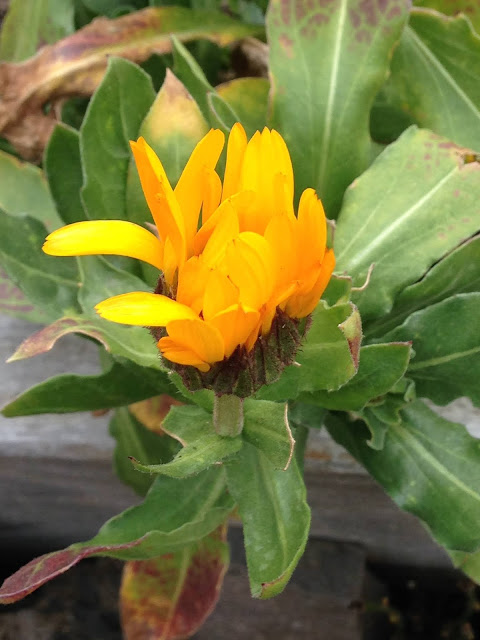 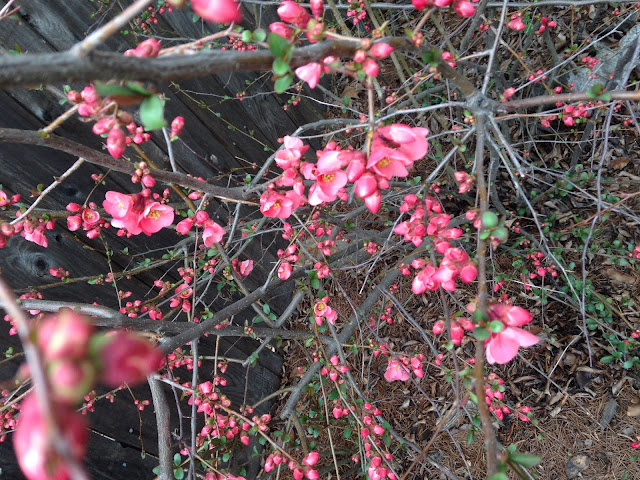 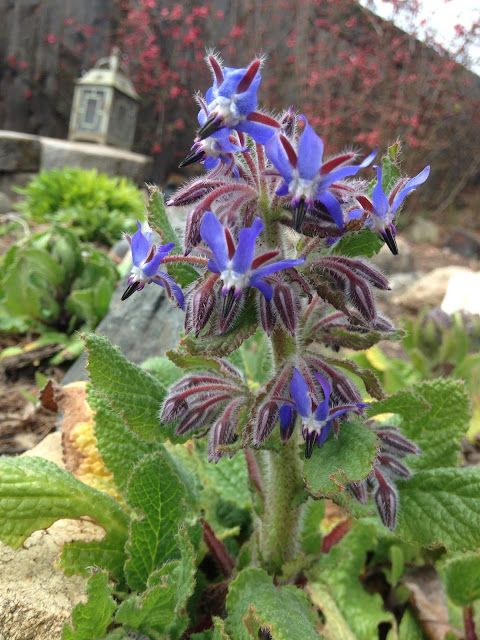 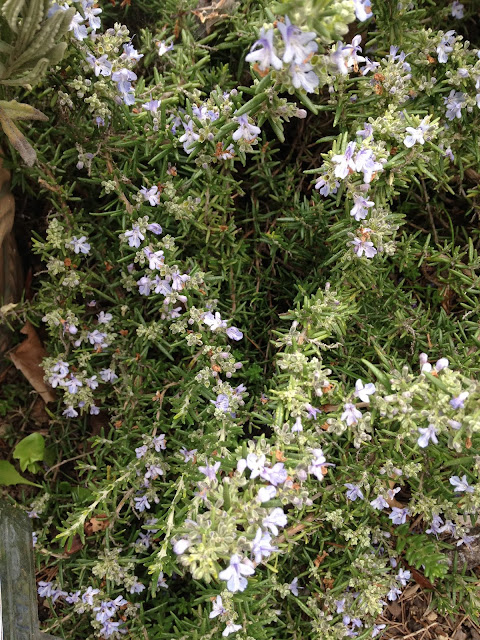 ANEMONE BLANDA
It was closed yesterday, but here's what it looked like Saturday. 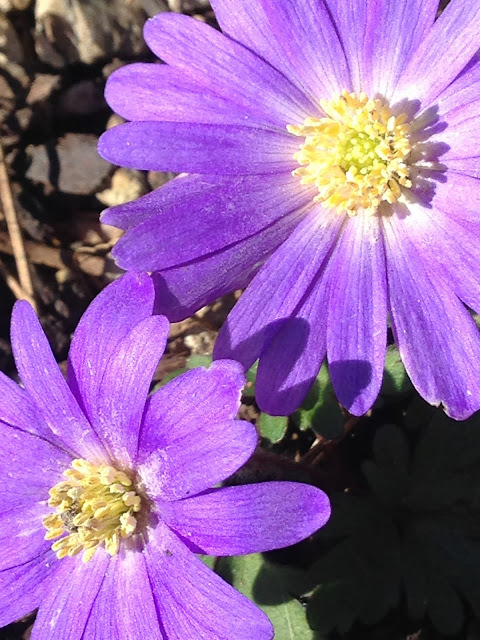 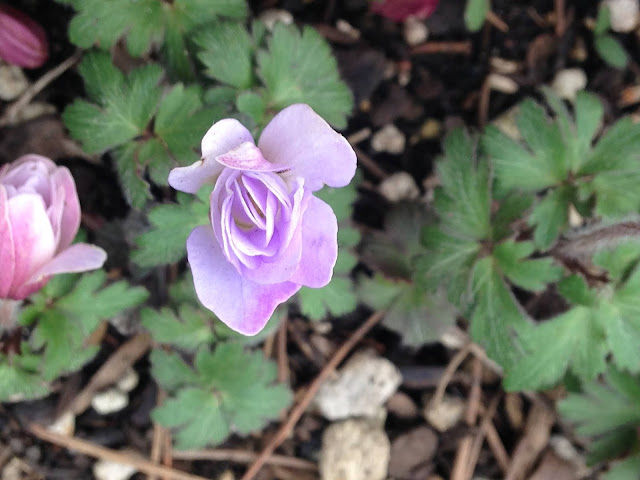 So, it looks as though spring is actually going to get here!  The nights this week are still expected to be below freezing though.  Tomorrow night might be under 30 degrees F.
Happy Gardening!
Happy First Day of Spring later this week!
Labels: borage bulbs calendula daffodils flowering quince Garden Bloggers' Bloom Day herb garden hyacinths knautia plum pretties rosemary seasons spring