It's a wonderful weekend in Southern Oregon!  It's sunny and warm (will be, it's still early morning, but it was yesterday when I had the backdoor open to let in some fresh air).  I got my soil delivered (#2 below), filled one bed and started a few others, before THE BEST part of this weekend (I know it's only started, but nothing can top #1) happened!  #1 was going to be the soil, but how can soil compete with...

Yes!  I got a new dog!  A 5 month old Border collie x from the Rogue Valley Humane Society in Grant's Pass.   He has an eye-patch, one small black spot on his back leg, and speckle spots on both his ears.  He came named Mickey, and already knows the name, so I think I'll keep it, maybe just call him Mick.  So far he is not the "garden helper" Boo was, Mick is more like Edward was, a "step in the planters even if they are out of the way" kind of dog.  But, he's a puppy yet... 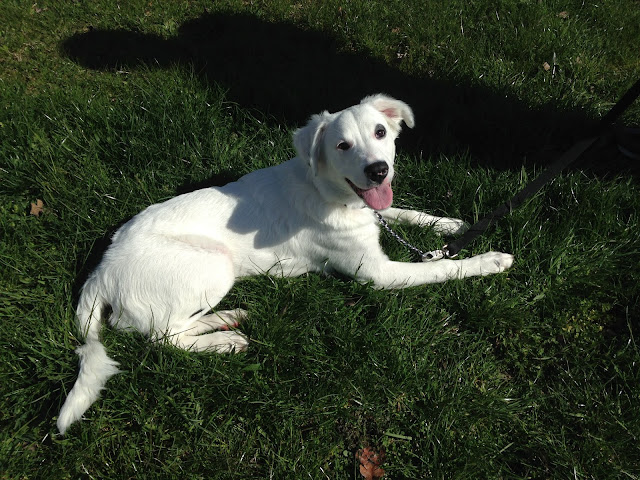 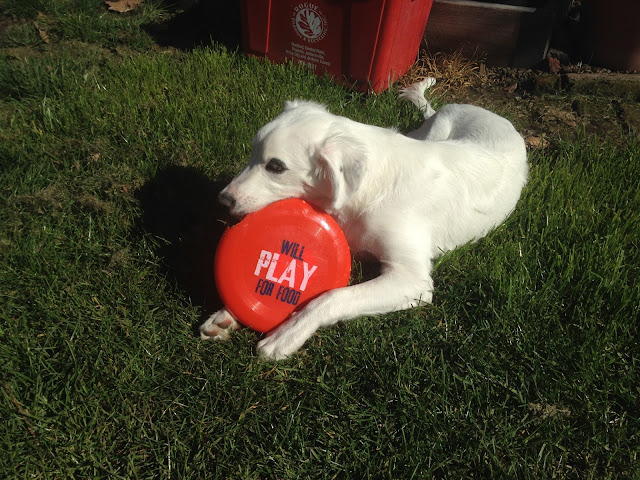 After running around the yard, attempting to eat everything he picked up, running from us as we attempted to take everything from him, he collapsed in a nap, just like a toddler! 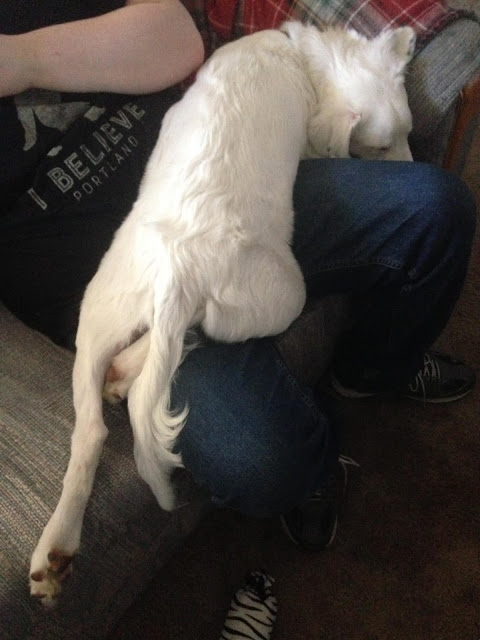 We, my son and I, got one bed filled, and a couple underway.  No sooner had we started a break than the Humane Society called to schedule a "meet and greet," and "bring home" if it worked out.  So, no more soil has been moved. 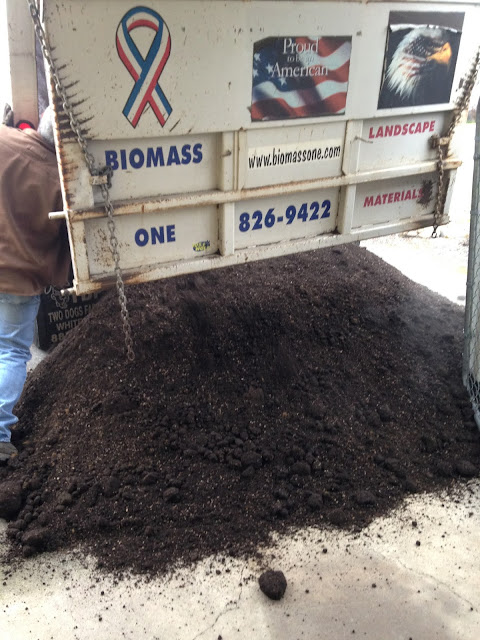 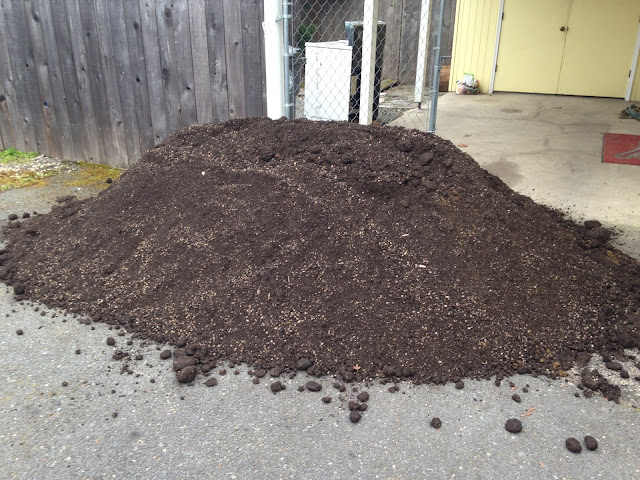 3 -  Metal Allium
I had been looking for something like this online, but they all seem so expensive.  By chance I stopped at a Safeway I seldom shop at and found this metal allium for $12 and change! 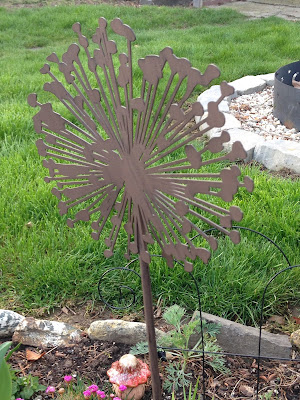 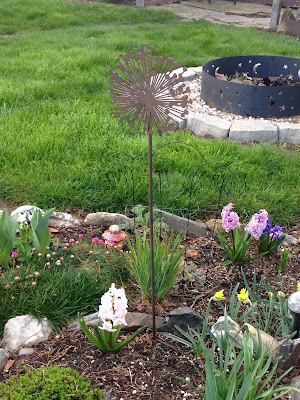 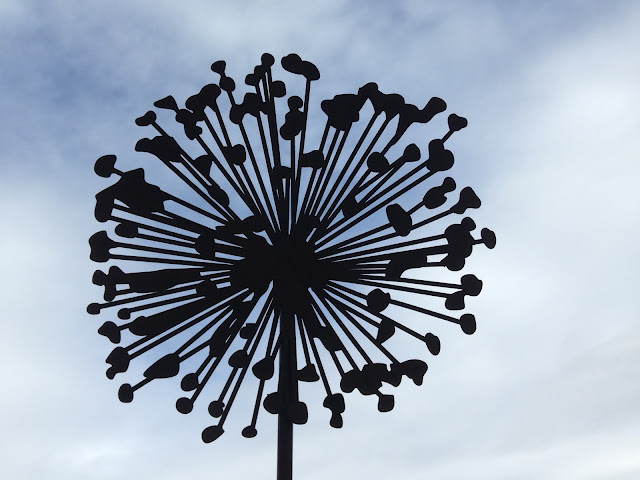 4 -  "Sunshine Blue" Blueberry
From Shooting Star Nursery in Central Point.  I also bought a golden lemon thyme, and the "Firewitch" dianthus I wasn't going to. 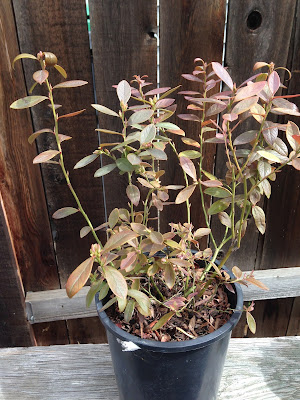 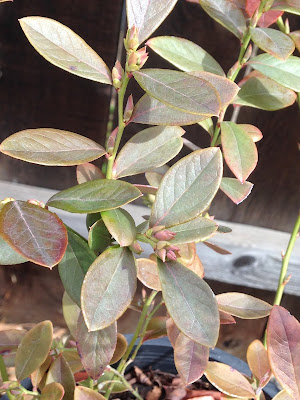 Isn't it nice to have someone to exchange plants with?  I think I get the best of the bargain though. 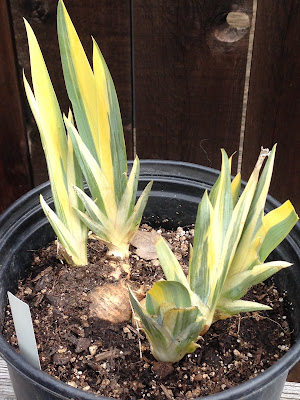 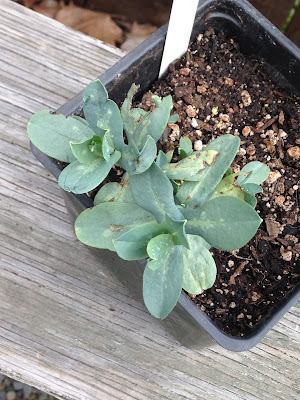 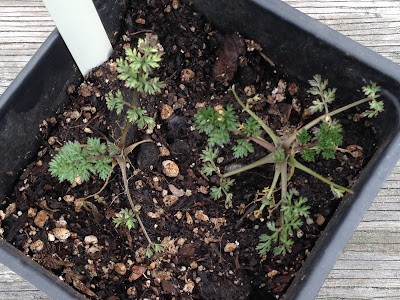 A weed, or even invasive species in some places, but it sure is pretty when dry.  This teasel was growing along a small creek by the Humane Society's parking lot. The barn makes it even prettier, I think! 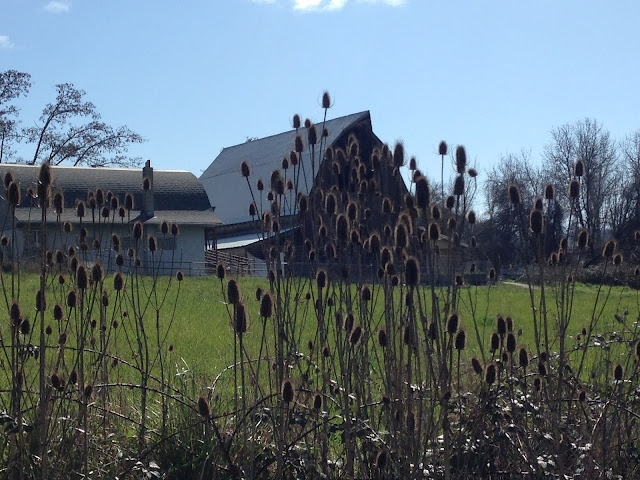 There you go, my six!  I got a pile of soil to get started on.  My son and I will shifts on it while the other watches Mickey, who can't be left unattended yet.