O - Oregon Natives and Others 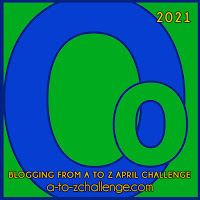 Also called woolly sunflower.  You can see the woolliness in the second photo.  Alas, mine died. 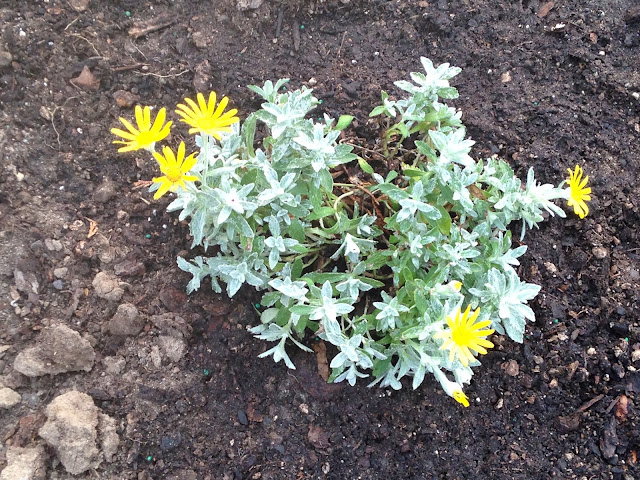 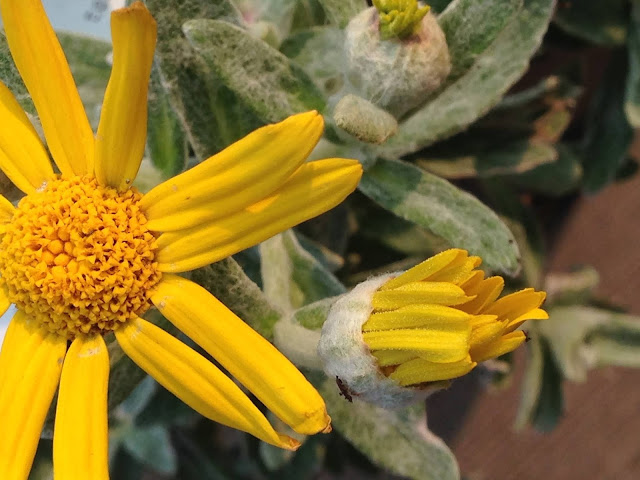 I let my herbs flower for the bees.  They especially love oregano, ignoring the flowers sold as pollinators in favor of it.   I have five kinds of oregano, one young that hasn't flowered, one that doesn't flower (or rarely, golden oregano), and two are growing pretty much together so I can't tell which it is that's blooming.

This first is Dittany of Crete, which has striking purple bracts that hold the small flowers.  This is an ornamental oregano that grows wild in the Mediterranean, notably, Crete. 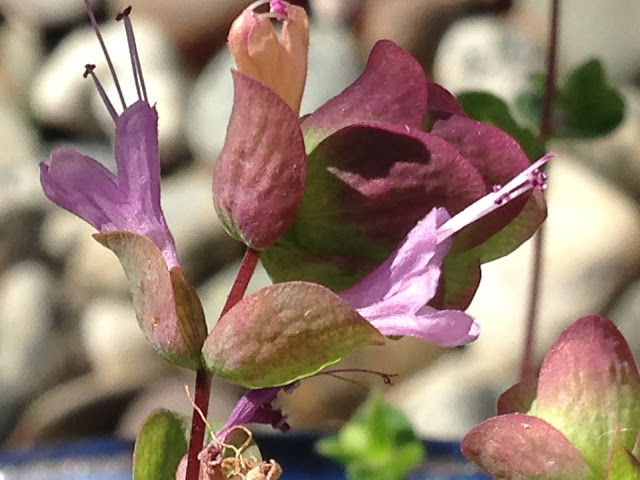 One of the two growing too closely together to tell them apart.  One is Greek Mountain, the other an unknown type I got in trade from some homeschooling books (along with my originally unobtrusive lemon balm). 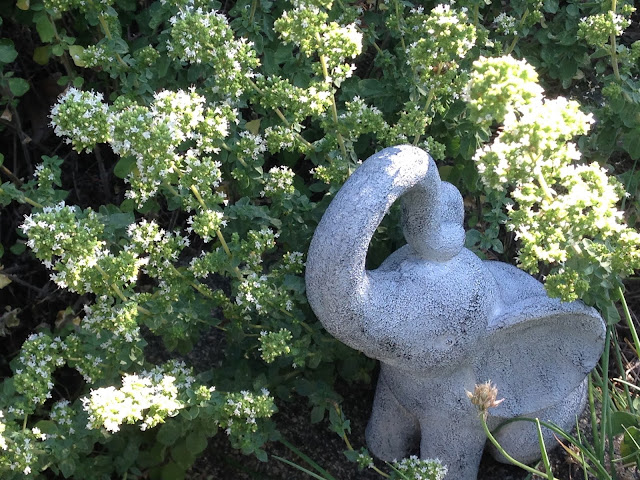 I grew my two plants from seed a few years ago, and since they are perennial they keep coming back. This one is planted in the entirely wrong place, it's overshadowed by the coreopsis. 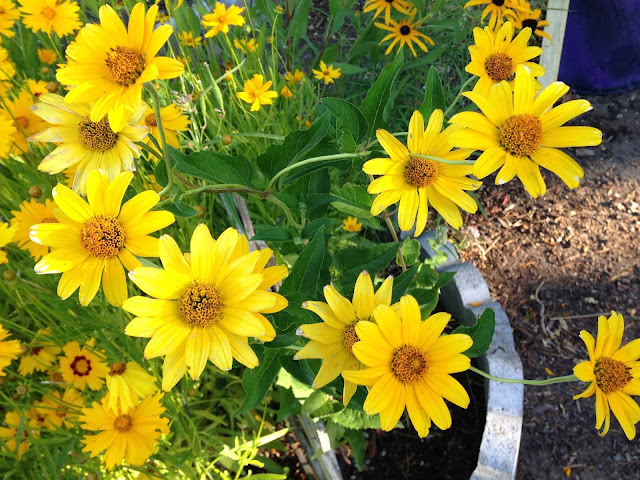 I did have allium for A, but only chives and ornamental onions.  This onion is an edible onion, although it does not form bulbs.  It's a type of bunching onion called Welsh onion.   I actually bought the seeds to grow it for the flowers.  Now, I enjoy the flowers and eat it too!  Oh, and as bunching onion, it's a perennial, so I don't have to plant onion sets or seed! 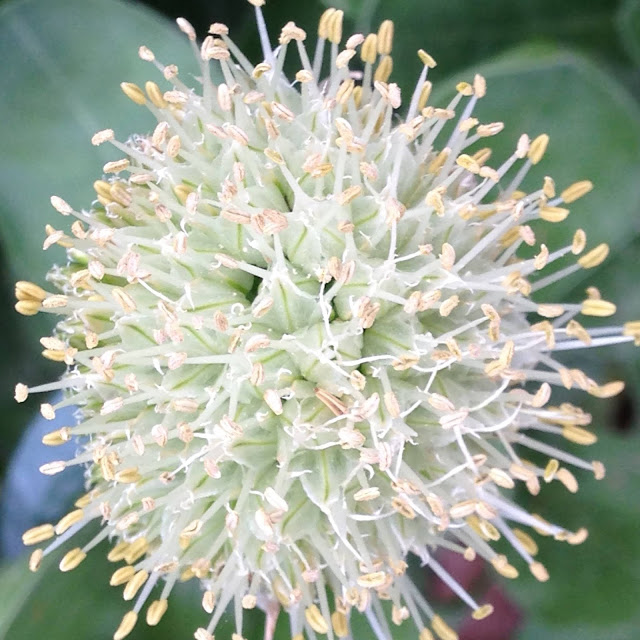 How amazing is this?  You can see the flowers forming right through the skin, and it's like a little green house with humidity! 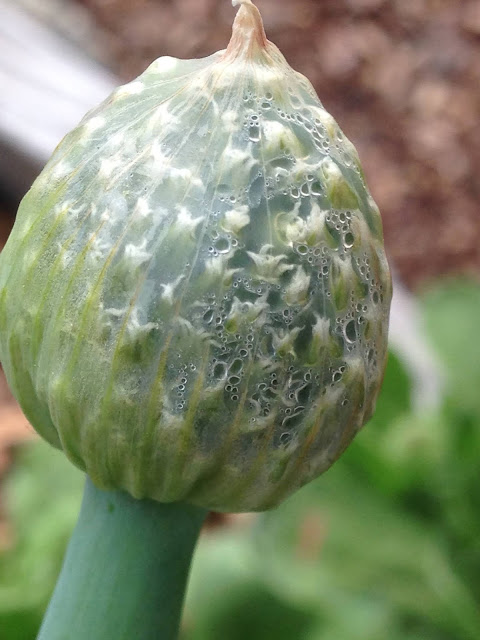 Feel free to call it a weed, but it's a wildflower!  The top photo is the kind of oxalis I have in my yard (and I pull it out of some beds, leave it in others.  It's a very small, purple leaved variety.  The second photo is the oxalis that grew in my family's yard in CA.  Very tall with larger almost bell shaped flowers.  We'd pull out big handfuls of it when it got too invasive. 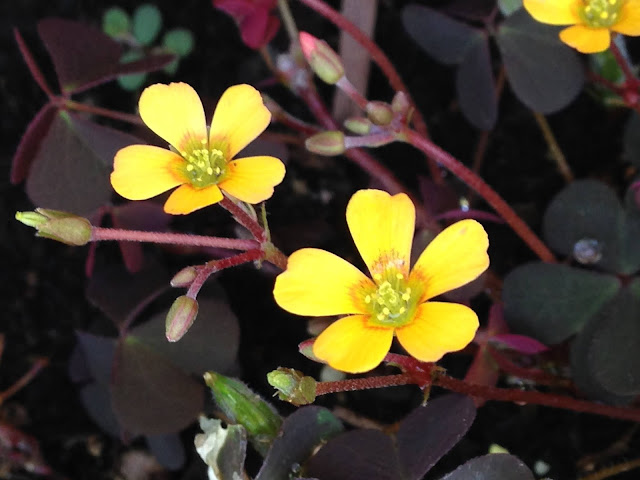 The oxalis is on the left, a bit lower than the middle of the photo. 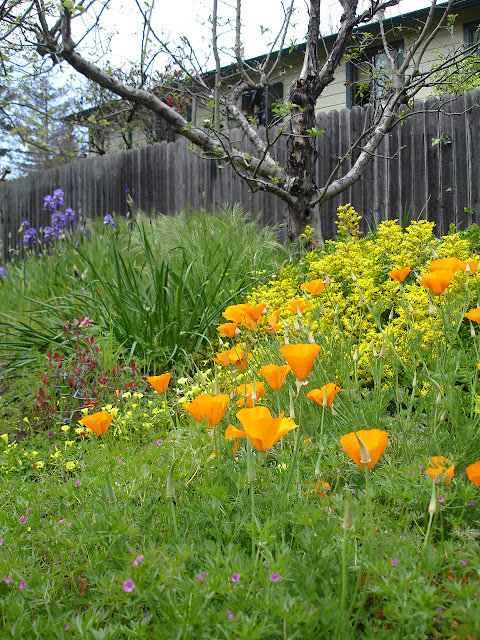 One of my favorites is next on P day, but you'll have to wait until Monday!
Come back tomorrow though, I'm bound to post something.