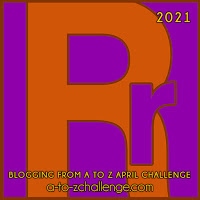 Rain lilies grow from spring-planted bulbs, mine only from the grocery store at $2.98 for 8 bulbs.  I've bought them twice, and wish I'd bought more this year.  The flowers pop up after a rain; that's why they're called "rain lilies." But mine always bloom after the sprinklers  have been on them during the summer!  They do come in other colors, mine all bloom this pink. 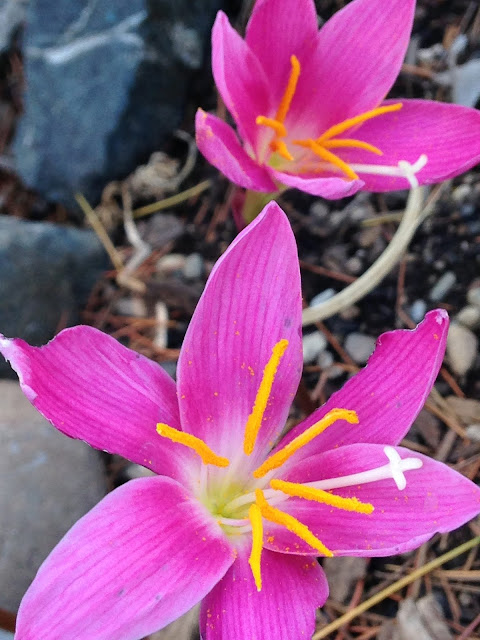 Rockroses aren't very attractive plants until they bloom.  The pink one is "Sunset," I forget what the white one is.  I have two Sunsets and one white between the sidewalk and my front yard plantings, like a little hedge of sorts.  These are Cistus, not Helianthemum, sometimes called rockrose or sunrose. 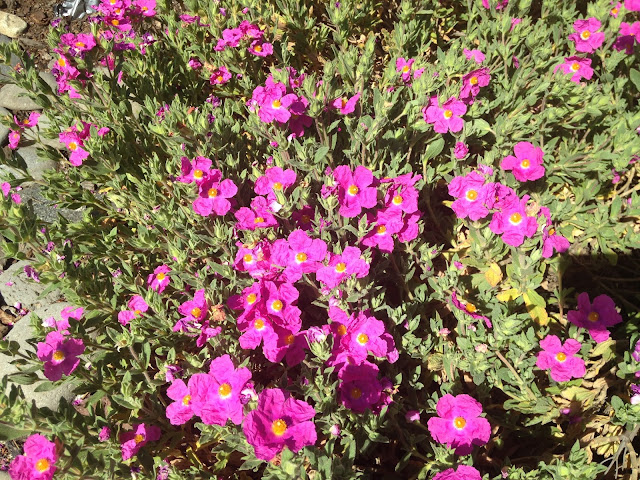 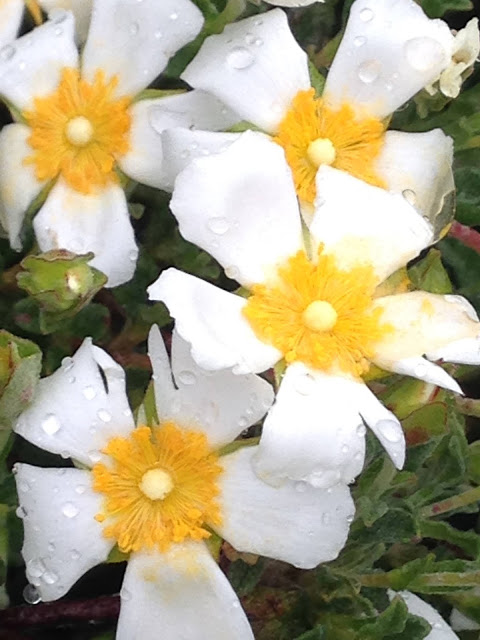 An pretty annual I first grew from a box of mixed seeds from the Dollar Tree.  Now,  I buy the seeds on their own.   They also self-seed. 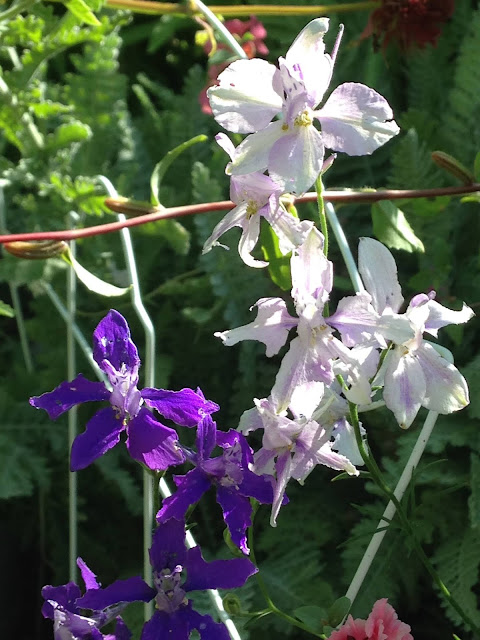 I have two roses.  Yes, only two.  Roses are pretty high maintenance, so I skip them.  I have the purple, second down, because it was here when I moved in.  The pink is one of two New Dawn climbing rose I planted to cover a sort of arbor thing that had Virginia creeper.  It still does, since it's hard to get rid of Virginia creeper, but I try to keep it off the roses. 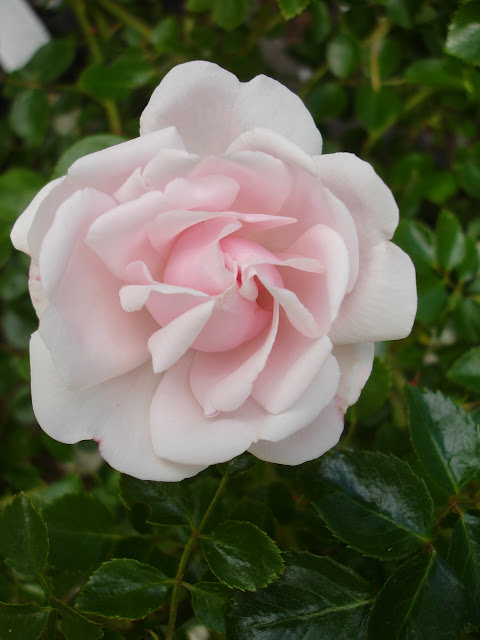 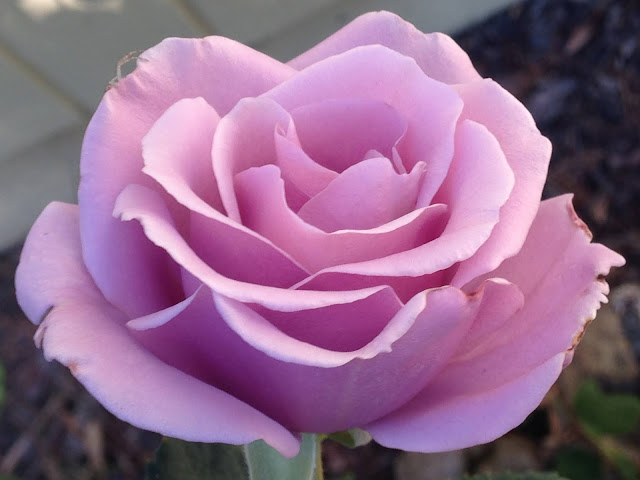 I have three kinds of rosemary.  The first here is "Blue Boy," a very small one that can live in a container.  No, most can't, they get big.  The middle photo is prostrate rosemary, which stays shorter, but spreads out.  The last is "Tuscan Blue" with the darkest purple flowers of the three.  It's a bit less cold hardy though, I lose a branch or two in extra cold winters. Bees LOVE rosemary blossoms!  It's easy to propagate rosemary from stem cuttings and layering. In fact, the prostrate plant layers its own branches and they root.  All I do is cut them free.  Rosemary blooms almost year 'round. 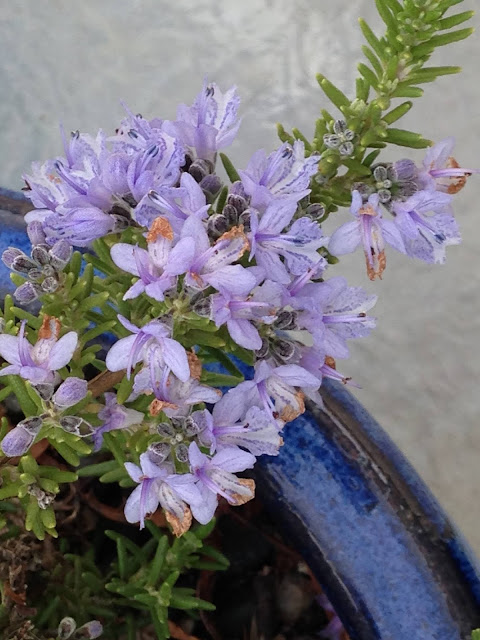 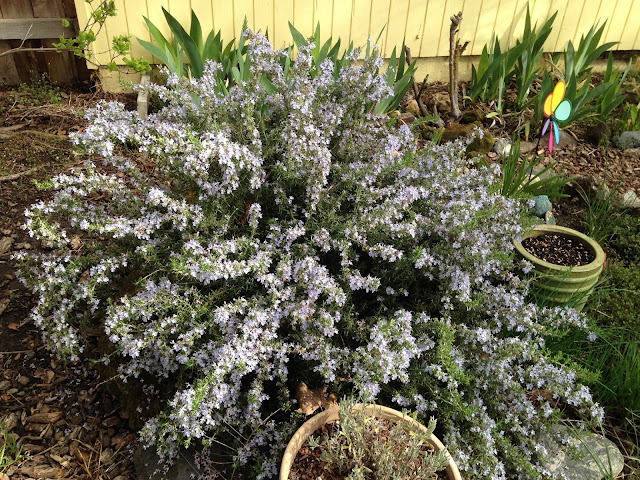 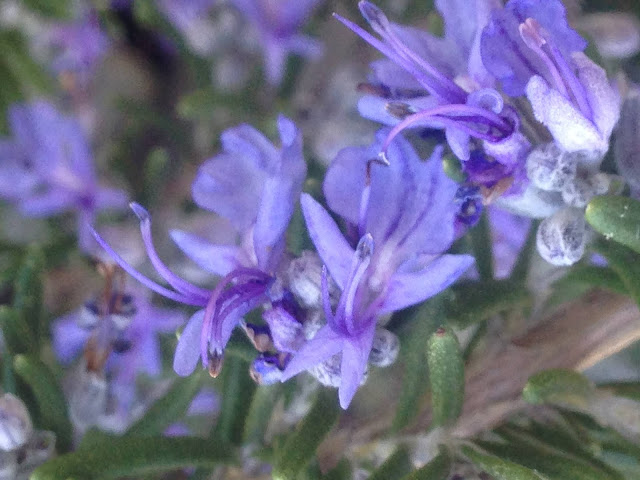 Russian Sage
I would have said it wasn't a sage, but in 2017 it was granted Salvia status. You will still find them as Perovskia, the old name, too.   Mine is "Blue Jeans Baby."   It's young, just blooming the one time, last year.  My son got it for me the Christmas before last. 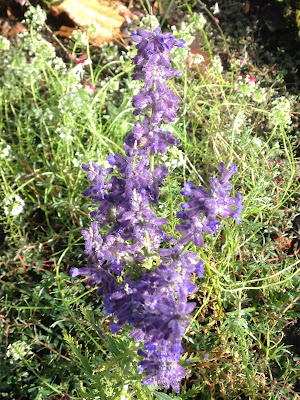 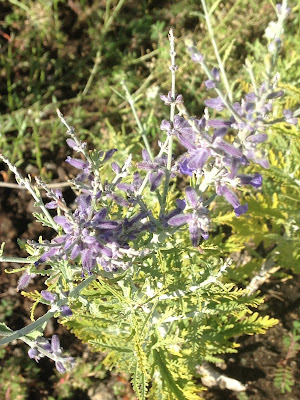