Ever seen one of these and wondered if it's a friend or foe to your garden? 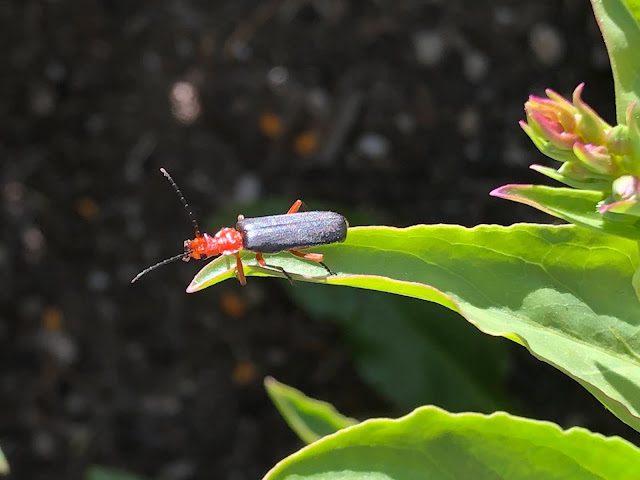 Don't be alarmed, its a Soldier Beetle, a good guy!

Look at him surveying from the top of a peach stem!  Good place for him, the peach is terminally ill. 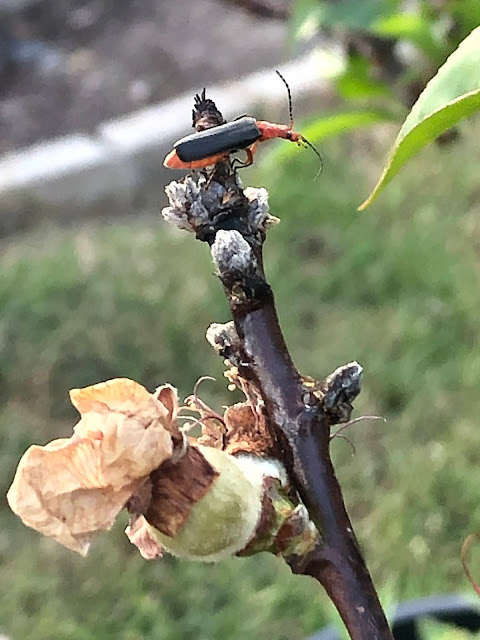 Soldier beetles are also called "leatherwings" because their wing covers are soft like leather (I will assume suede, as I don't find leather particularly soft).

The larvae overwinter in soil, eating the larvae of other insects, and their eggs, including those of grasshoppers.

The adults eat mostly nectar and pollen (thus are good pollinators), as well as aphids.

There's a lesson to learn here.  Don't be so quick to stomp on unfamiliar and/or ferocious looking insects in your garden!  Many will turn out to be warrior bugs come to save the day!  If I don't know what something is, I'll spare it and go do some research.  Of course, some pests get away, but I'll recognize them the next time.

(Oh, the name "soldier" is for the black with red "trim" like that of the early British soldier uniform!)

(A future post will address the ladybug or ladybird beetle, and the look-alike "baddie" the Japanese ladybeetle.)

Edited after harvesting some lettuce and finding a soldier beetle on my hand! 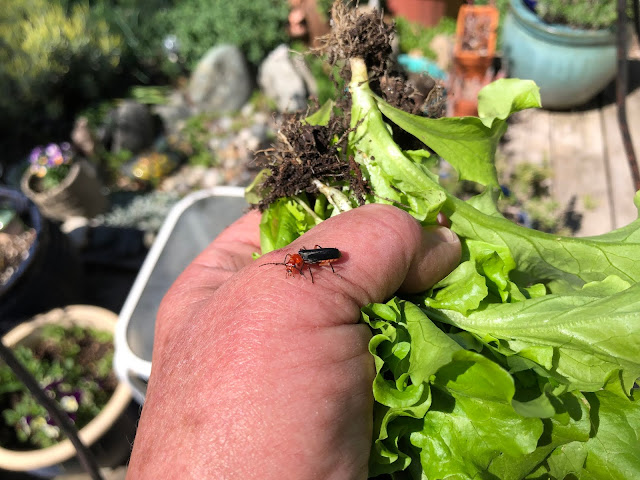 My first reaction was going to be to shake my hand and scream, "Get it off!" then I noticed it was a Soldier beetle, and all was fine.  He eventually flew off.   They are known to be pretty laid back and slow to fly, and this one was.

I doubt insects have necks, but if they did, this guy had a long one!  Okay, I guess what he has is a long thorax.  Insects = head, thorax, abdomen.  It looks like his neck! 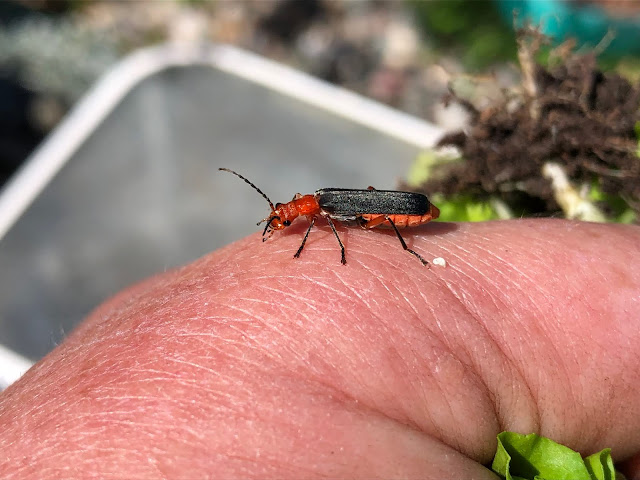