Oh, if only GBBD had been a few days earlier, I'd have had a lot more to share!  Alas, we had our first frost this past week, down to 27 degrees.

There are still lots of blooms, but they are mostly small, nothing stunning left!

calendulas (this late in the year I finally let them go to seed), CA poppies (second round), black-eyed Susans, alyssum 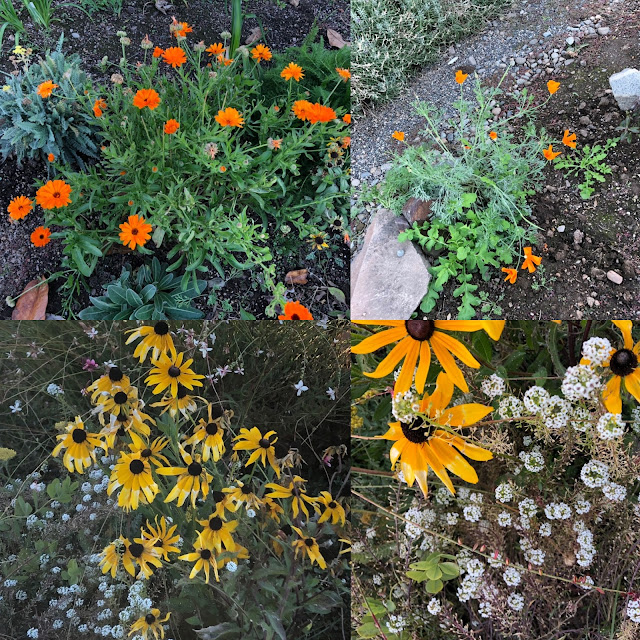 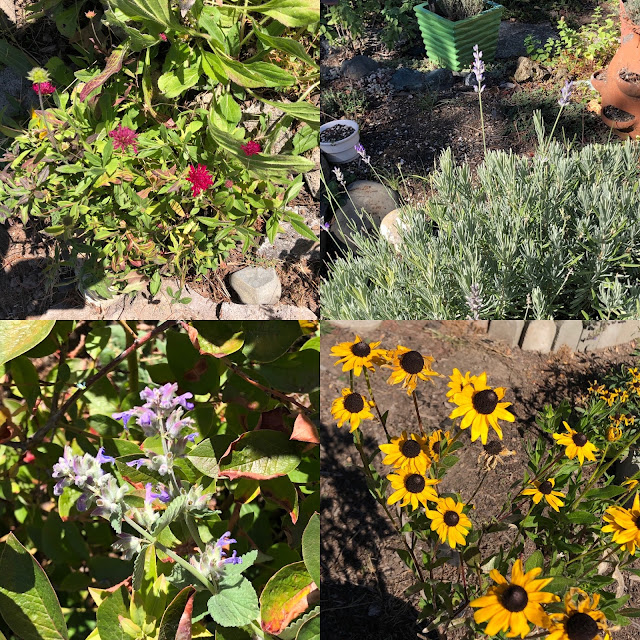 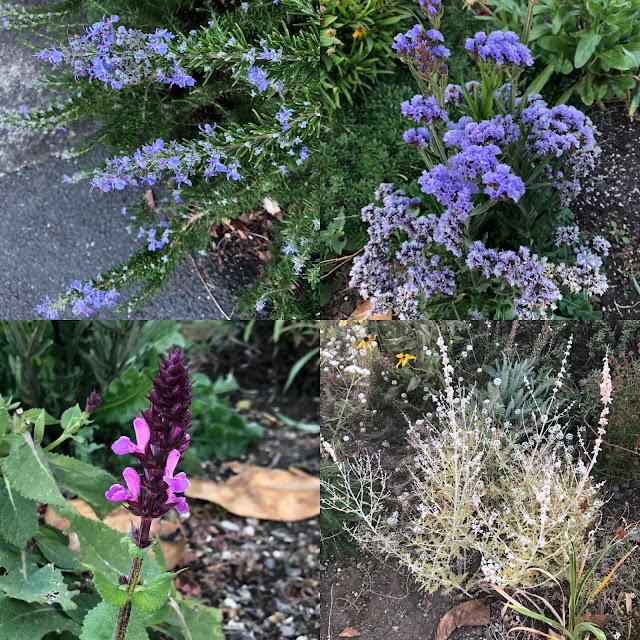 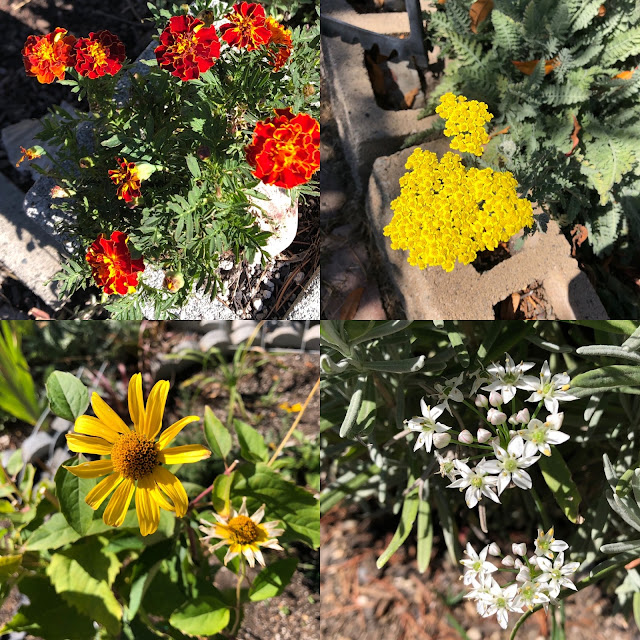 Summer Berries yarrow, Angel Shasta daisy (one of the last few), candytuft, sweet peas (which took their sweet time, not blooming until now after planting in early spring!) 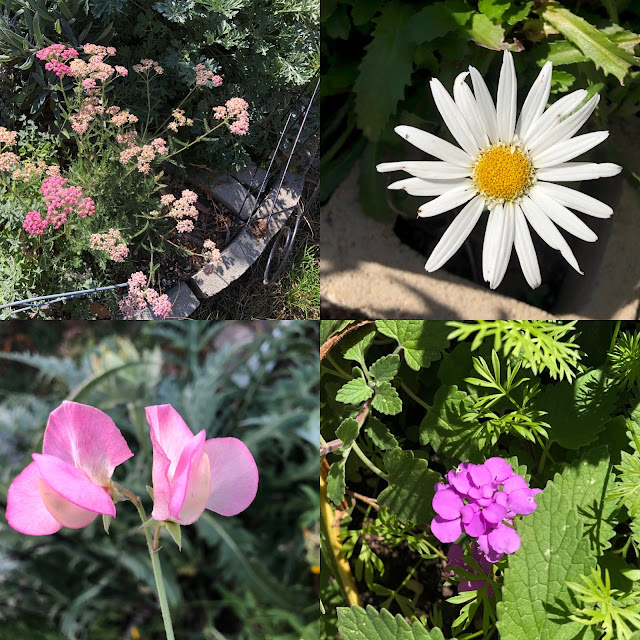 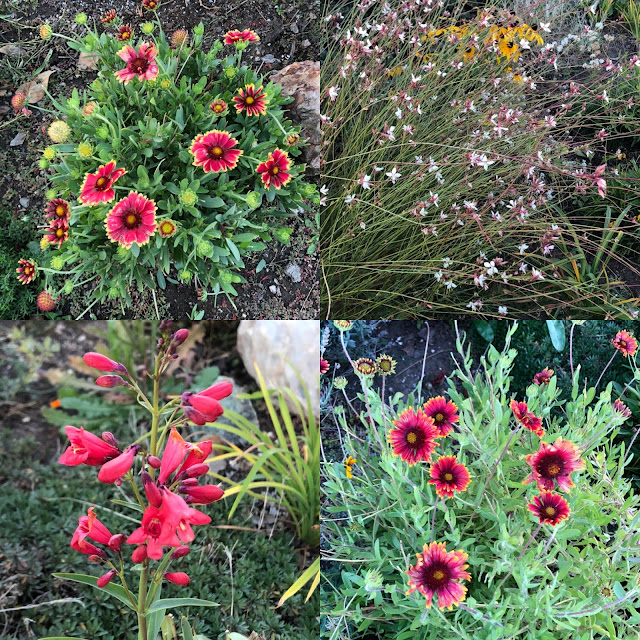 The frost only harmed the blanketflowers that were already open, the plants and  new flowers are fine.  Quite a few of these blooms are either second or third showings (after cutting them back) or a new generation from seed.  Gone are the zinnias, most of the marigolds, the Mexican red sunflowers, cosmos, morning glories, four o'clocks, not to mention the vegetables and their late flowers, the squash and tomatoes.
Happy Gardening!
Labels: autumn blanketflower flowers frost Garden Bloggers' Bloom Day pretties weather 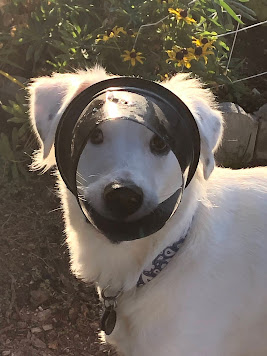