Some shots of Mickey from this past week.

He looks like he's flying!  He refused to walk until he was finished watching the children on the playground!  He's a very curious puppy.  Make that, nosy.   He will throw a little hissy-fit if I try to hurry him when he's satisfying his curiosity.  So, why not?  Let him stare at the children playing, I am in no hurry!   His trainers say he's learning about his world and his reactions are due to frustration. 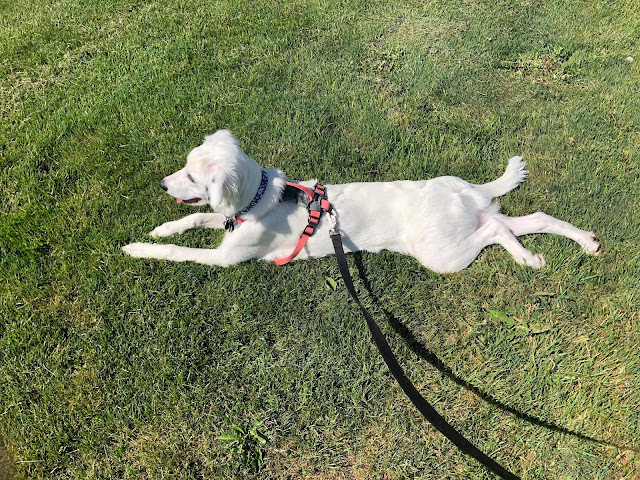 If you have never had a puppy, you might not know that the suggestion to tie old socks together to make a tug toy is a bad idea.  It teaches them that socks are toys; they can't distinguish between toy socks and your socks.  Well, I discovered the same goes for those dog toys with the empty water bottles inside.   Dogs love the crinkly sound.  And... Mickey found the same fun crinkly chewy bottles all packaged up like a present on the kitchen floor!  Problem was, they had water in them! 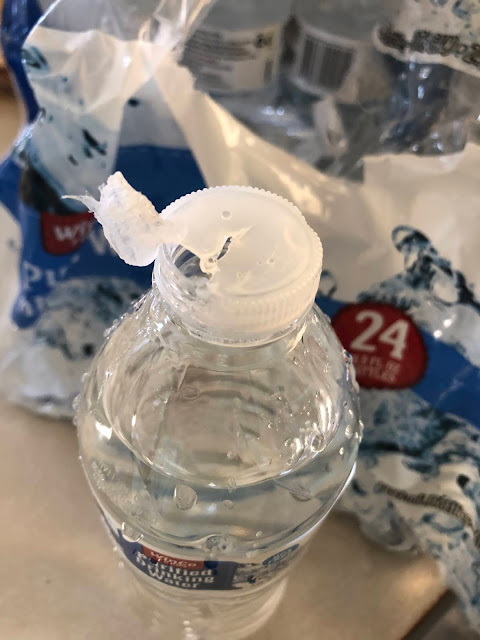 Puppies make their fun wherever they can find it, even if that fun means curling up in a fire pit. 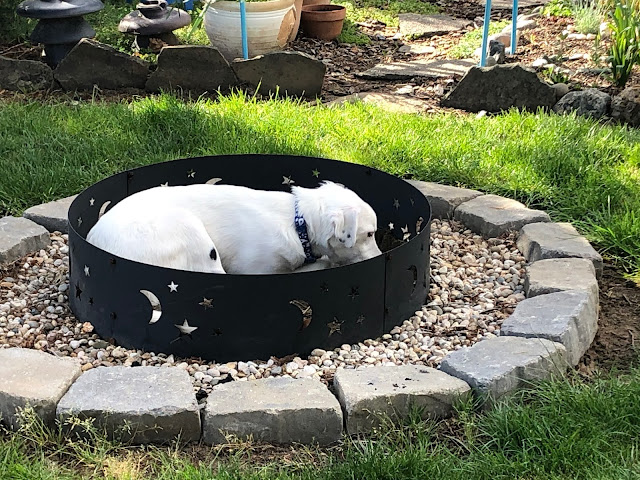 Hope you had a lovely weekend. 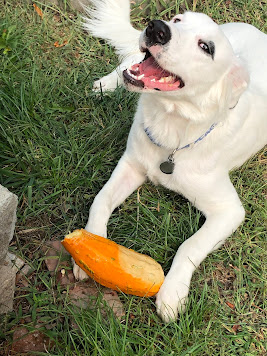