Apologies...   I can't imagine not posting since July 4th!  I did start a new job, but that's only part-time, in the afternoons, so that's no excuse.  Speaking of the job...  I often mention The Grange Co-op, and that's where I got a job!  At their pet store location.  I LOVE PETS!  I have three dogs and two cats, and since starting to work there we added two little boy Guinea pigs and a baby girl rat!

As for the garden, all I can do is mention the summer harvests and some dramatic growth in other areas.

Both my full size tomatoes were indeterminate, which I will not be getting next year.  They set too much fruit all at once for my family to manage.  I tore out Ace, leaving Siletz, which is still producing in our mild October.  Sungold was, as always, a reliable cherry.   I had few bush beans. The lemon cucumbers outdid themselves!  There are a few left, but the plants are fading fast. Peppers didn't do well, but they seldom do.  I did get a few nice gold ones, and one I forgot turned red and was very sweet. 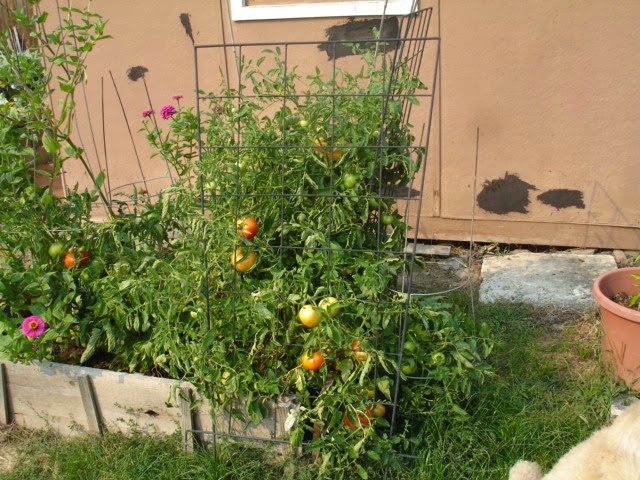 The biggest change was to the front yard.  It is looking nice, if I do say so myself!

The raspberries I transplanted have spread nicely, and a few new plants have started emerging between the rows.