I thought the other day was snowy?  Silly me!  We got hit hard a few days after I posted those barely snowy photos.  Not hard-hard, like Montana or Finland, but we are in Southern Oregon, and the amount of snowfall on Tuesday was a record, surpassed only in 1919.  It's bad enough to get around in it (not being used to snow, schools closed all week, city buses didn't run, garbage was left at the curb until next week), but now it's caused garden damage.

This tree's days were numbered, since it leaned over anyway...

...but, when we saw the snow had bent it down onto the side of the house, we had to start cutting off branches right then and there.  I say, "we," but the heavy lifting/branch cutting work is the domain of my youngest son! 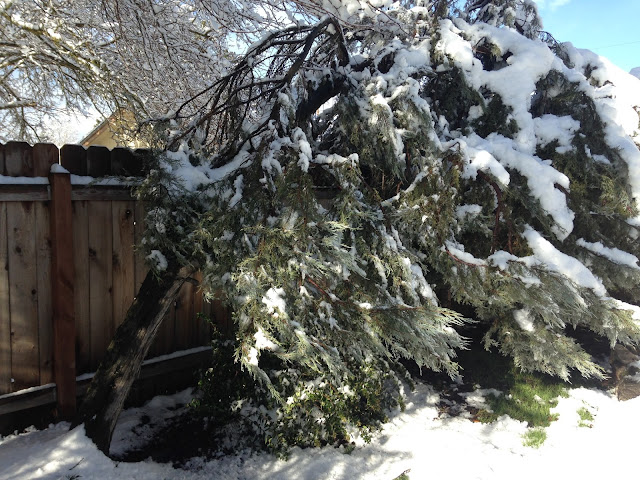 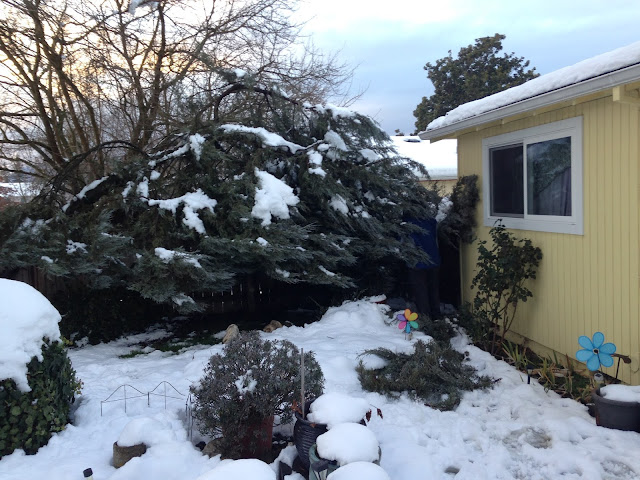 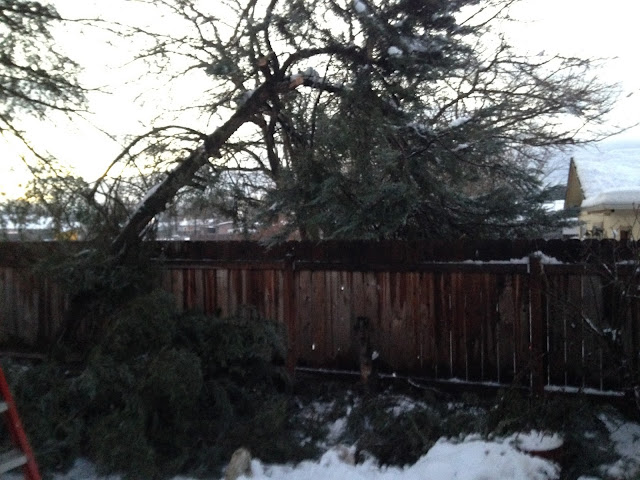 Most of what's left will have to be cut from the neighbor's side.


It's now Saturday morning, and it's snowing again.  The worst is the ice.  I work very close to home, but our business parking lot is shaded and slippery.  On top of that, it's cold!  Really cold.  REALLY REALLY COLD!  It was 9 degrees last night!  That is REALLY REALLY COLD to me!

It is pretty amazing how light it is out at night when everything's covered in snow. This is a photo of the Plumcot tree taken at nearly 8:00 pm without a flash!  The snow reflects off the neighbor's roofs into the house, and it's like we have skylights.  That is, when the sun shows itself. 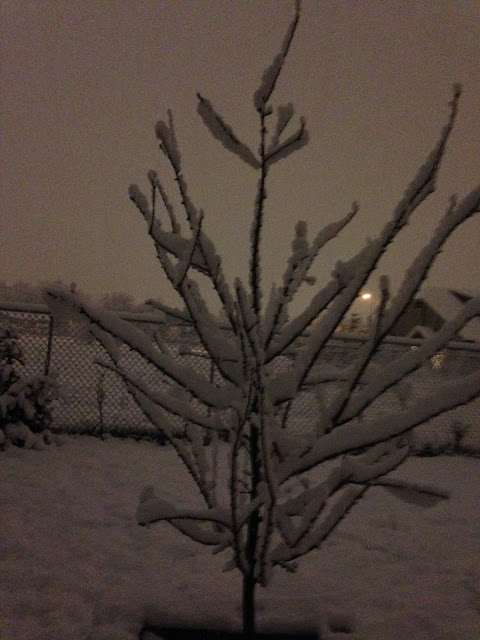 I had hoped today would be sunny (it was clear when I got off work yesterday afternoon), so I could get some things done in the garden, but I woke to snow!  Not as much as we had a few years ago, but more than most years.  It's a holiday, so no one has anywhere they need to be, so let it snow!


It made for some very pretty scenes... 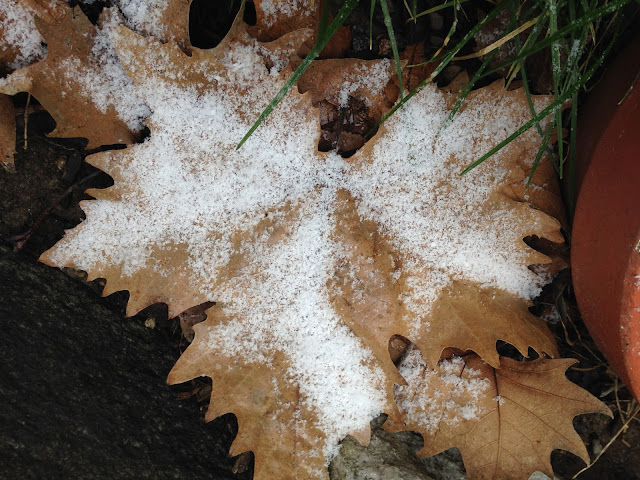