I - Iris and Ixia

Ooops!  I posted J yesterday, and no one told me!  Here's Saturday's correct letter I. 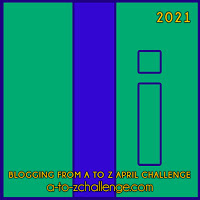 A native of South Africa, ixia is also called corn lily.  They are related to sparaxis, as you can probably tell.  They grow from little corms.  Mine came from the Dollar Tree in 2019, packaged in the tiniest boxes, rattling around loose.  Most were hard as pebbles, so I peeked in boxes until I found some that had new little sprouts appearing. 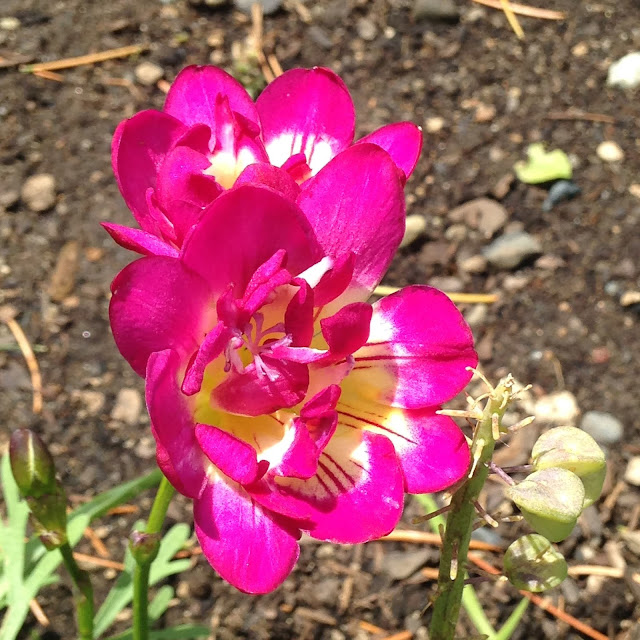 I actually prefer this single petaled ones.  They yellow is "Yellow Emperor," I don't know the names of the other colors.  I'd buy more ixia if I saw them. 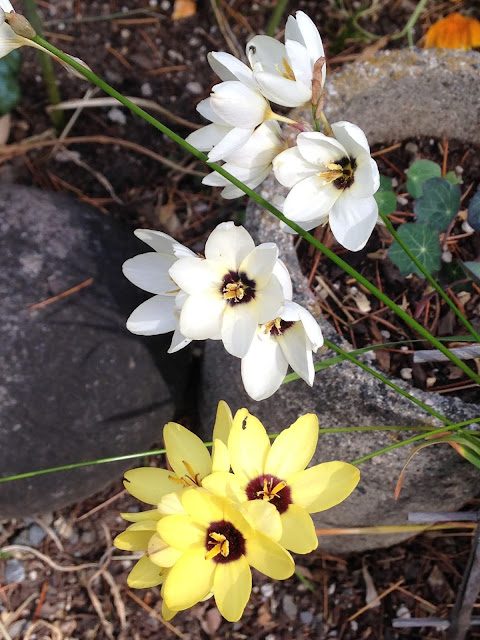 All my iris are bearded iris, there's just something I don't care for about the other types.  And, all my iris was originally obtained free off Craigslist after gardeners divided theirs.  Iris really multiples and if you don't divide it every few years (3 max usually) you'll get bare spaces and fewer blooms. It's a LOT of work dividing and replanting iris!  I've given iris away on Craigslist too, as well as pawning it off on neighbors, as others do with zucchini!  The first photo shows just a few colors of the iris that was originally divided from a local city park. 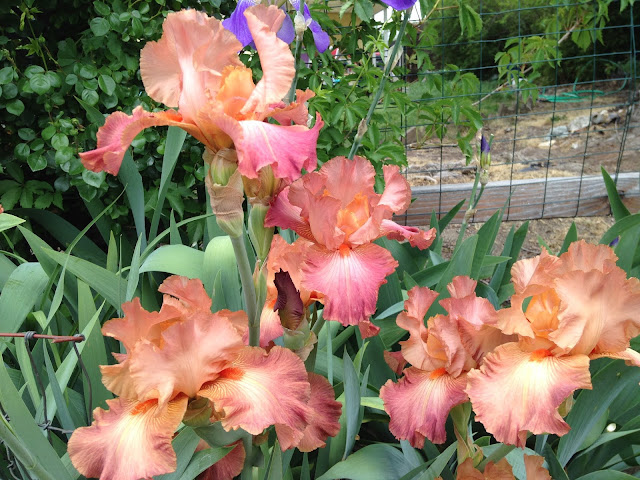 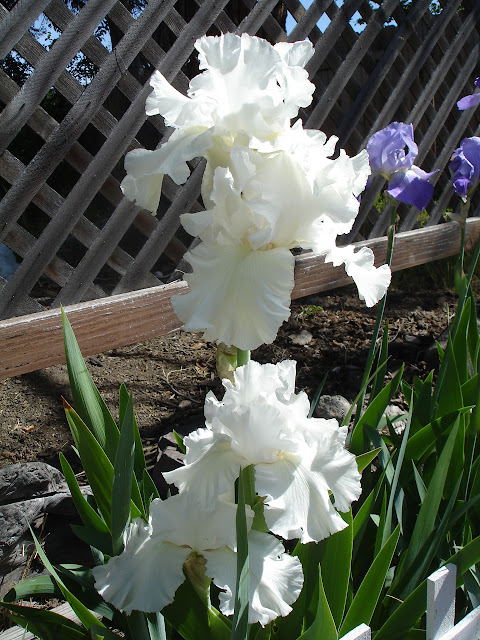 This is my favorite iris.  I have no names for any of my iris. 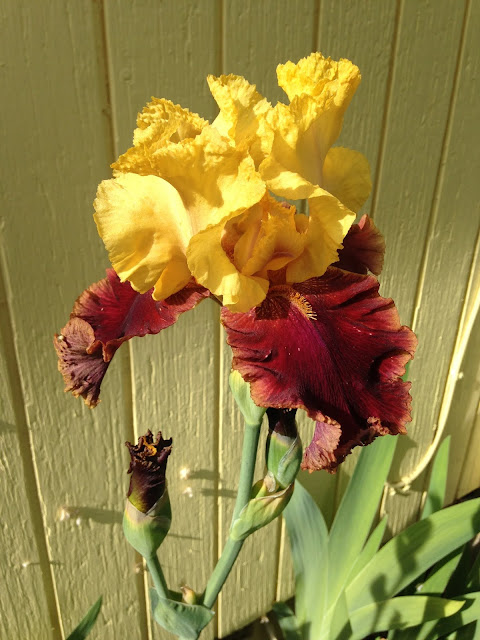 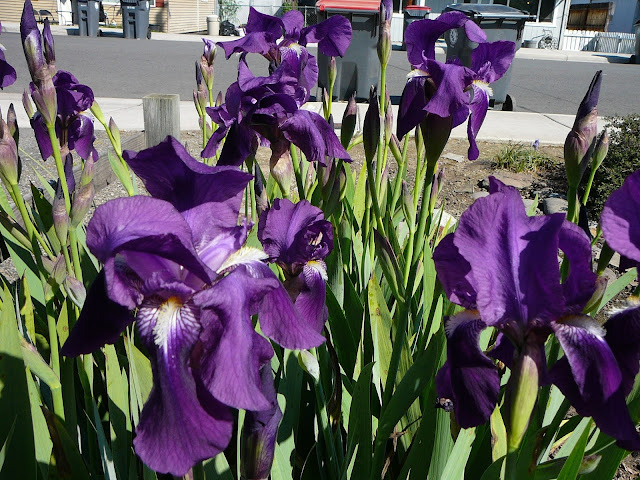 You're already seen J, if not, just scroll back a few posts.